Opened in Singapore in 2018, Unagiya Ichinoji is a concept restaurant from Miyagawa Honten, one of Japan’s most famous unagi restaurants. Their Japan counterpart has an illustrious 125 years of history and was recently awarded the Bib Gourmand in the 2018 Michelin Guide Tokyo.

This year, Unagiya Ichinoji is celebrating its first anniversary since opening its Robertson Quay store. We dropped by to sample two limited-edition anniversary dishes, available from 19 April – 20 May 2019 only. 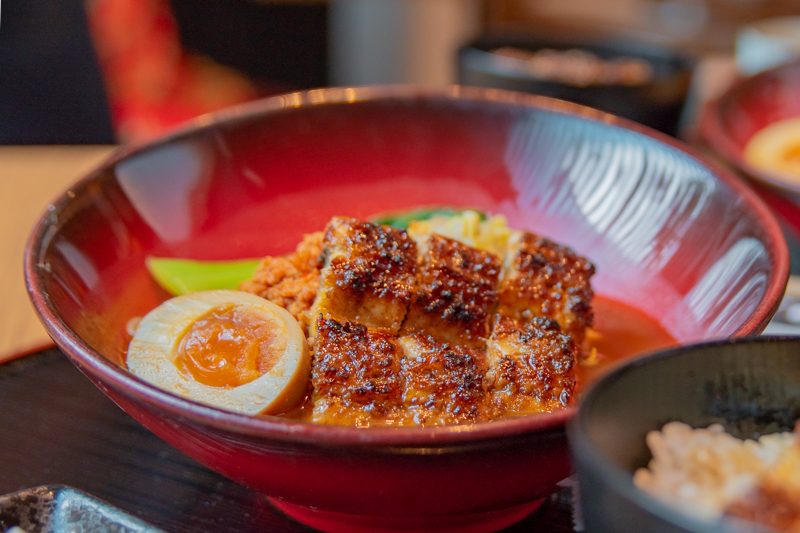 We first had the Unagi Tantan Men (S$19.80++), which was a hearty, piping hot bowl of goodness. Like the Sichuan dan dan mian that Japanese tantanmen derives from, the soup base incorporates peanuts and sesame paste for a nutty crunch. 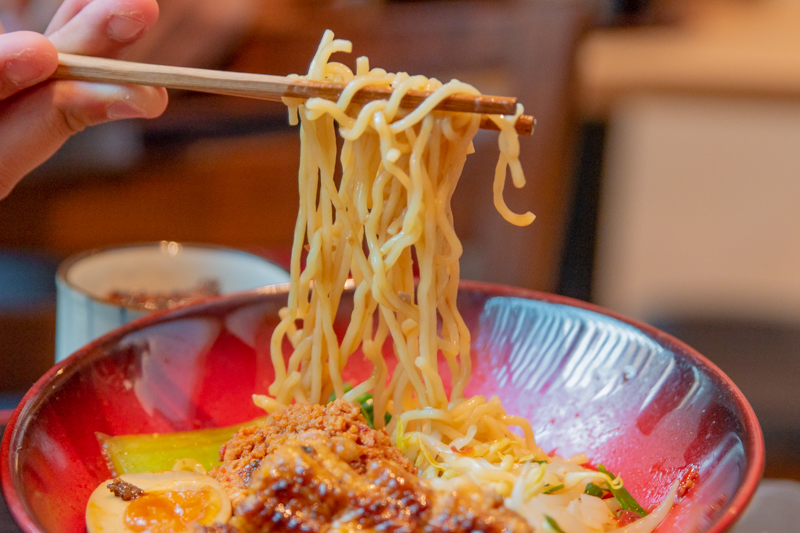 The ramen noodles were springy and mild, allowing the soup to take centre stage and shine through. 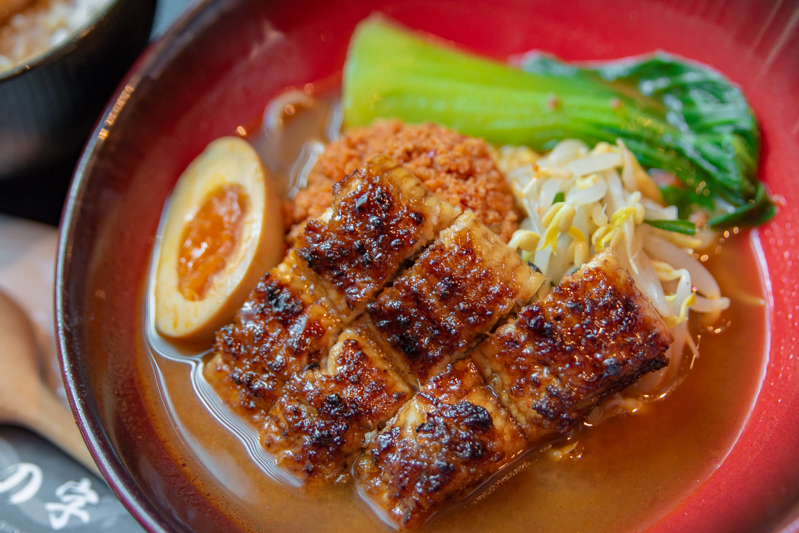 The soup base was rich, thick and velvety, with a full-bodied yet mellow taste that lingers on your tongue. However, I would appreciate it more if there were more broth given the volume of noodles served.

The dish also came with morsels of spicy minced pork. While juicy and flavourful, they didn’t fall apart that easily and were chewier than I expected. The ajitsuke tamago (seasoned egg) is one of those components that sets great ramen apart from decent ones. I could tell that a lot of effort was put into the eggs, which were soft-boiled with a yolk that wasn’t fully cooked, which was a great start.

The egg yolk at Unagiya Ichinoji was custard-like with a firm texture, which I personally prefer. It’s also infused with the subtle saltiness and umami flavour of the soy sauce marinade. Definitely hats off to the chef for this one! Accompanying the bowl is a side of unagi don, unagi chawamushi as well as Japanese pickles. My expectations were set pretty high for the unagi, given that Unagiya Ichinoji specialises in it. 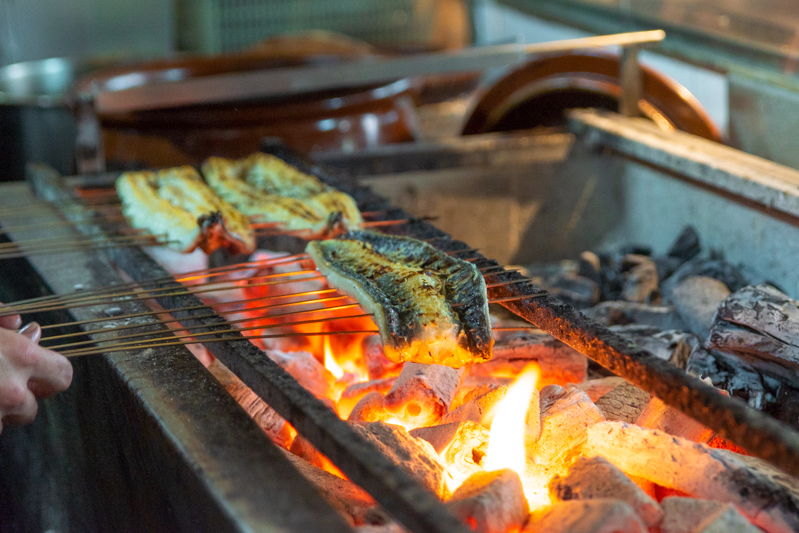 What sets Unagiya Ichinoji apart from other unagi speciality restaurants? Their chefs have a high level of expertise, and the head chef was even sent to Miyagawa Honten to train for three gruelling months.

On top of that, they have immaculate control of charcoal grilling, and they use a secret basting sauce made in-house. And they were right — the unagi broke apart easily to reveal white, flaky flesh which was delicate without any fishiness. It had a nice chewy texture and a flavour that reminded me of grilled squid, but with a subtle sweetness that was enhanced by the savoury sauce. 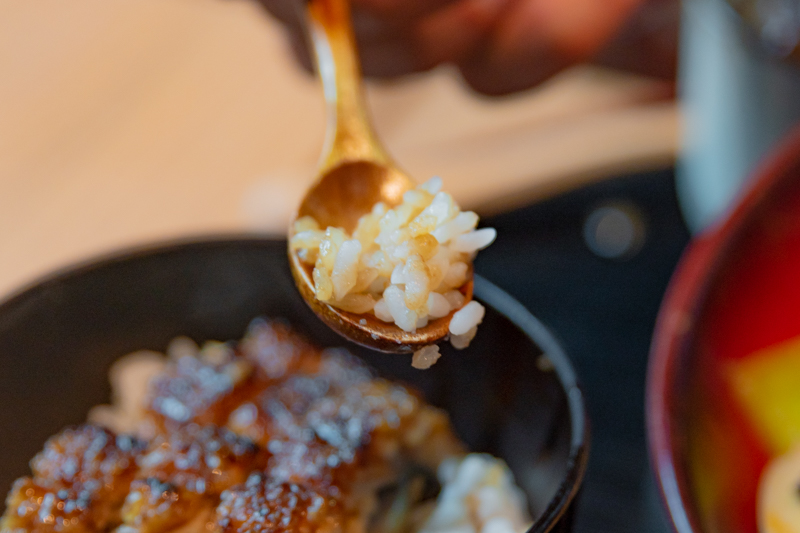 The pearls of rice were sticky and slightly chewier than the usual Jasmine rice variety. The restaurant representative informed me that the rice is flown in from the Hokkaido prefecture in Japan.

The rice was drizzled in the unagi sauce, which had some of the subtle sweetness from the unagi. My only complaint was that there could be more sauce given the amount of rice served. 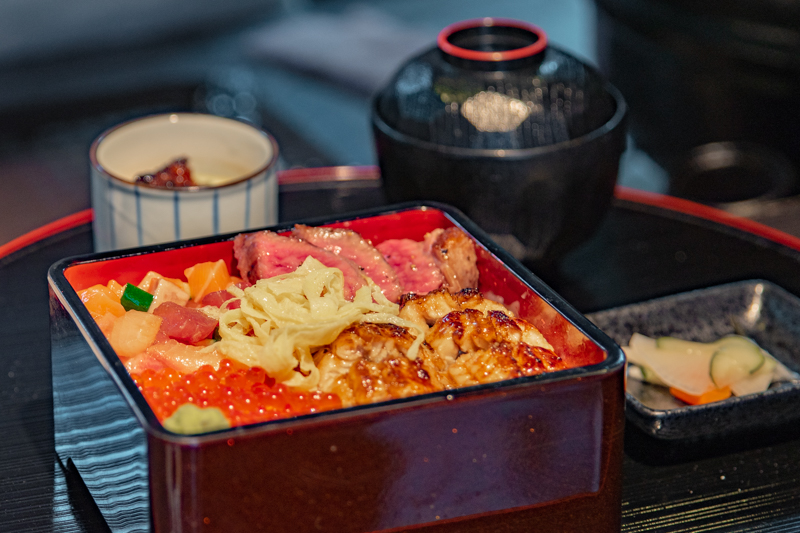 The other limited-edition dish we tried was the Ichinoji Mixed Box (S$36.80++). Served in a traditional shokado bento, it featured the restaurant’s signature unagi, along with fresh kaisen tuna, salmon and hamachi. It’s also topped with fresh and glistening Japanese ikura and charcoal-grilled A5-grade Kagoshima beef. 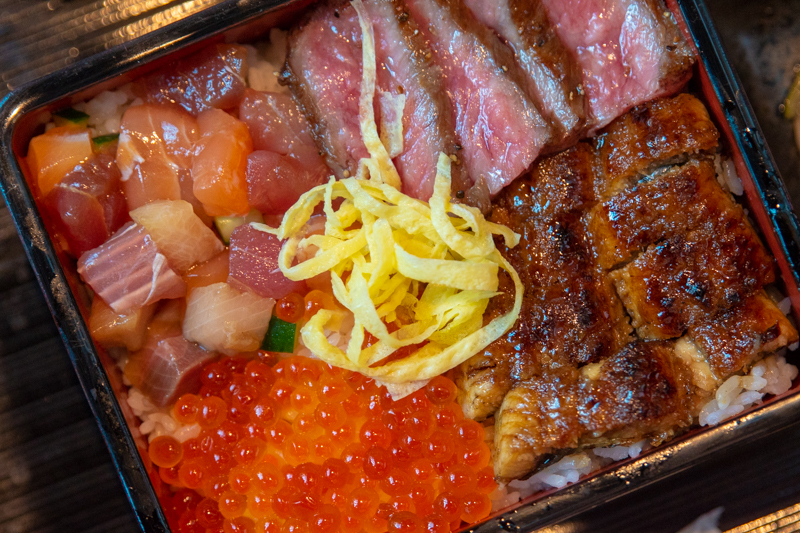 I initially expected the flavours to be overwhelming given the diversity of ingredients packed into one box. The kaisen tuna, salmon and hamachi were decidedly fresh, with a smooth and clean taste. 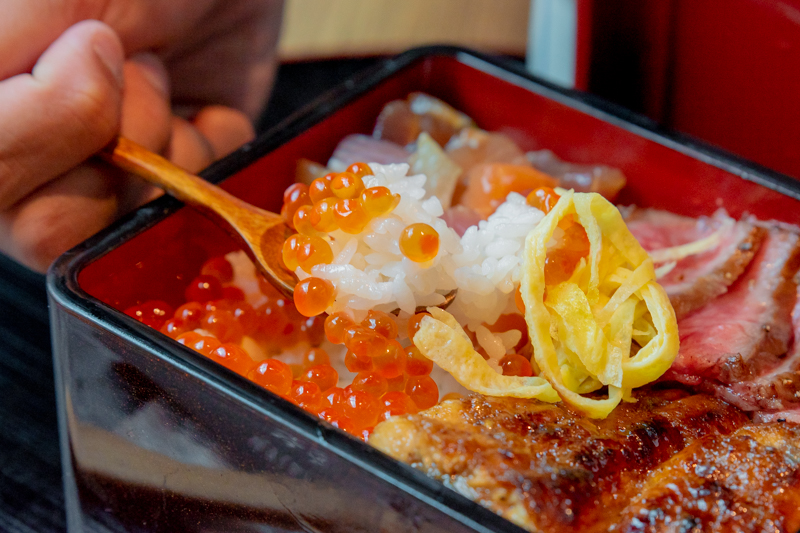 This paired nicely with the grilled unagi due to their subtle flavours. However, the charcoal grilled A5-grade Kagoshima beef seemed out of place. The beef was flavourful and well-cooked, a tad chewy but still had that melt-in-mouth effect.

Unfortunately, the smoky, full-bodied gaminess of the beef overwhelmed the more delicate flavours of the sashimi and unagi. The Ichinoji Mixed Box is also served with unagi chawanmushi and Japanese pickles, to complete the value-for-money and filling set. The unagi chawanmushi was a lovely pale yellow and the colourful toppings made it extremely enticing. 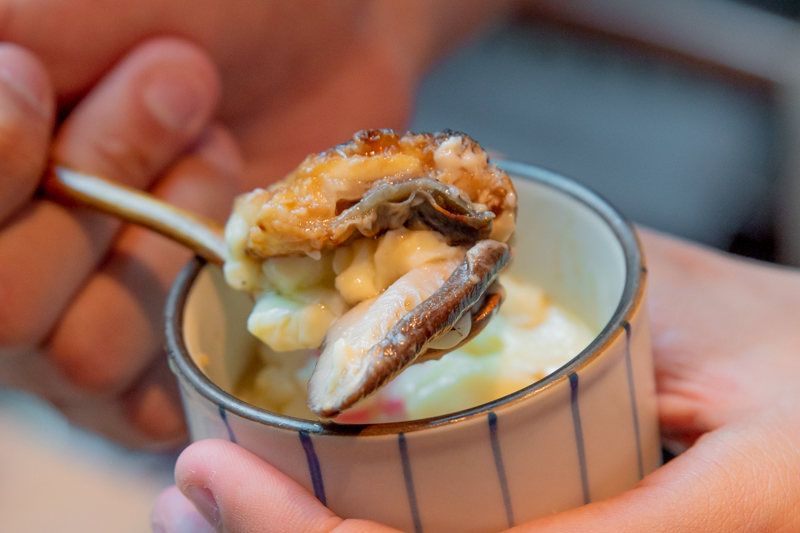 The steamed custard was silky, with a delicate and complex flavour that I did not expect from such a seemingly simple dish. I could taste the soy sauce, dashi and mirin coming together with the sweetness of eggs and subtle umami of unagi to create an almost perfect balance of sweet and salty. The last item we tried was their Pei Pa Koa Cheesecake (S$6.50++). It was quite unusual given that Pei Pa Koa isn’t a big thing in Japan.

I was pleasantly surprised when the cheesecake itself was light with a subtle, sweet herbiness from the Pei Pa Koa.

The Pei Pa Koa Cheesecake isn’t limited edition, though it can only be found at Unagiya Ichinoji’s Suntec Eat At Seven outlet, and there’s only 50 servings per day.

Of the many items sampled, my favourite was, unsurprisingly, the signature grilled unagi. I could taste the quality of the eel used, which was grilled to perfection.

A close second would be the Ichinoji Mixed Box, simply due to the insane number of high-quality ingredients packed into one bento box. I definitely recommend this item if trying out as many different flavours and getting the bang for your buck is a priority.

Dining at Unagiya Ichinoji is already a treat. To further sweeten the deal, they are giving away S$20 vouchers if you dine in between 19 April – 20 May 2019 as part of their anniversary celebrations.

These vouchers are valid for up to three months and can be used during your next visit. The prices at Unagiya Ichinoji are understandably on the pricier side, so the vouchers should help offset the cost and make for a pretty value-for-money meal!