VI (家常菜): $2 Cai Fan For Any 3 Dishes, Puts The Economy Back In Economic Rice Cai fan is also known as economical rice. So what’s more disgusting than being charged (relatively) exorbitant prices for a seemingly humble plate of rice and a few dishes? Not much besides ridiculous food trends but, before I go on a tirade about overpriced food, VI 家常菜  captured my attention.

As a fan of cai fan, nasi padang and banana leaf rice, finding a gem like this that serves up decent food at a low price is always heartening. 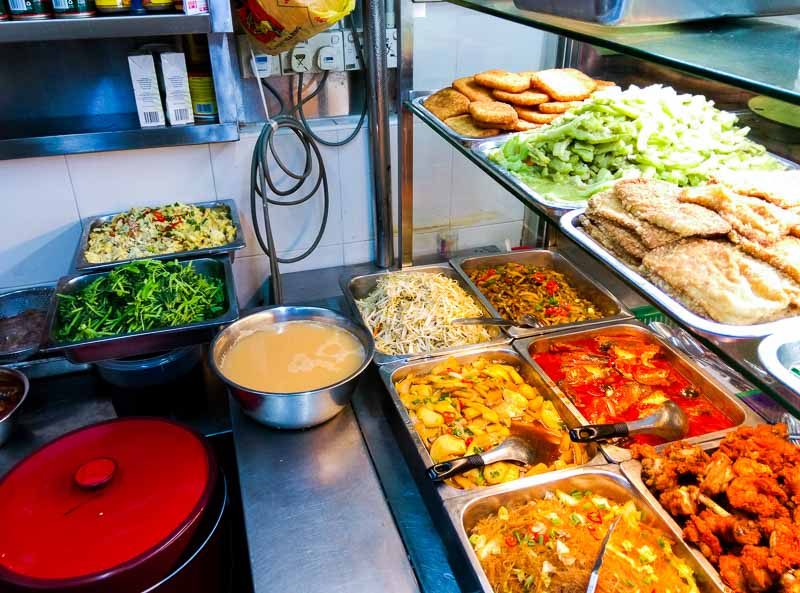 The blue glow from VI 家常菜’s signboard will call out to you among the rows of stalls at Hong Lim Market and Food Centre. Besides its noticeable signboard, its selling point is as clear as it gets. Any 3 items + Rice.

There’s no fine print, no tricks — like putting tiny shrimp in vegetables and counting it as “seafood”, I’m talking about culprits that charge $7 for cai fan — this means you could order three meat dishes with a staple plate of rice all for $2.

My first attempt at getting a taste of VI 家常菜’s offerings didn’t go quite as planned. Deciding to pop by after the lunch hour, they were done and shuttered up for the day. So fair warning to everyone else. However, bright and early the following day I made my move. Still in the midst of preparing the full range of dishes for the day, a shame, as I’d loved to see the full works. However, there were enough dishes ready to pick and choose.

The metal trays that contained the dishes greeted us. Canned sardines in tomato sauce, scrambled eggs (cai fan style), and so much more. And to think they weren’t even done cooking yet. 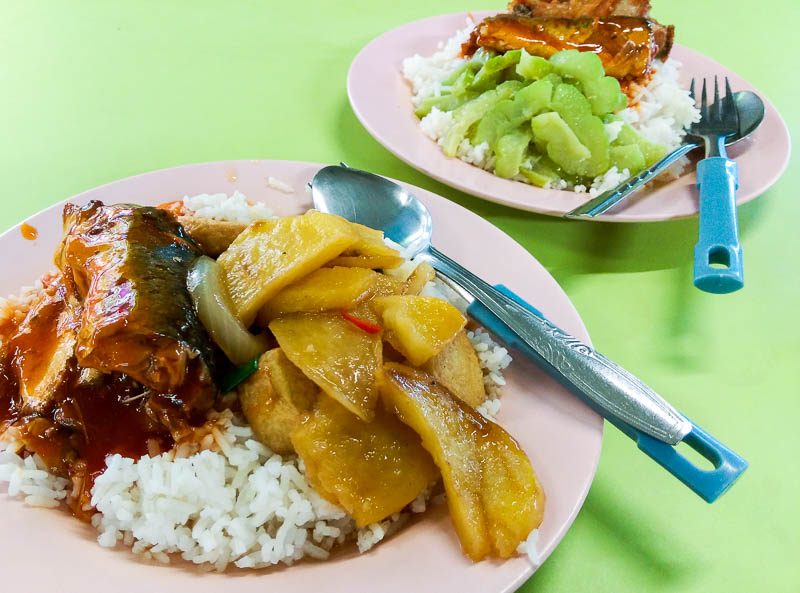 Decisions, decisions… what to get? After some pondering, I picked the sardines in tomato sauce, bittergourd and deep fried chicken drumstick. Then came the tough part — digging in without scoffing the food down without some thought.

Carefully delivering spoonfuls of food to my mouth, I took extra care when chewing. Allowing every ounce of flavour to grace my palate. Allow me to begin with the bittergourd. Fried simply and seasoned perfectly, the bittergourd here isn’t greasy or covered in thick starchy gravy. A nice change from the usual bittergourd at other cai fan stalls. 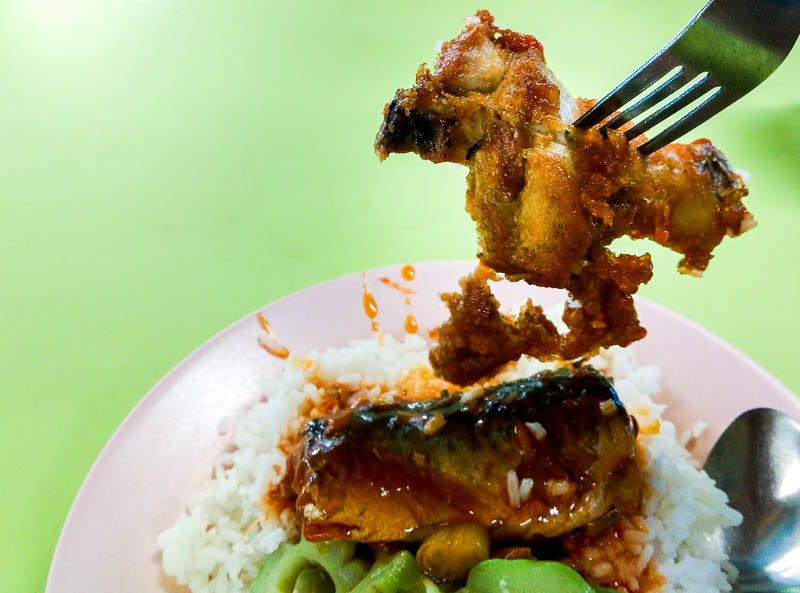 The sardines in tomato sauce are from the ever reliable go-to Ayam Brand sardines. Simmered down with chopped onions that imparted a lively layer of flavour —  this is how canned food should be eaten. As for the deep fried chicken drumstick, you’d be unreasonable to wish for more. Crispy on the outside, moist inside with a good amount of meat and not heavy on the seasoning. Overall, I was a happy camper with the dishes I picked.

You can’t afford to give VI 家常菜 a miss if you’re in the area. Good, humble and value for money food, we often forget that cai fan is very much a part of the fabric of hawker culture.

There’s no Michelin star or claim to fame, no laminated newspaper cut outs, no boisterous touting, and yet the people come even at 7 a.m. And patrons of  VI 家常菜 keep coming till they shut shop for they day at 2 pm or when they sell out for the day. In my opinion, there’s no better mark of a good product than that.

Expected damage: $2-$4 (If you want to really pile on the dishes)

Previous articleBulletproof Coffee: Now You Can Drink As Much Coffee Without Getting The Caffeine Crash After
Next articleLocal Coffee People: Your To-go $1 Hipster Coffee Place In CBD With Interesting Local Blends 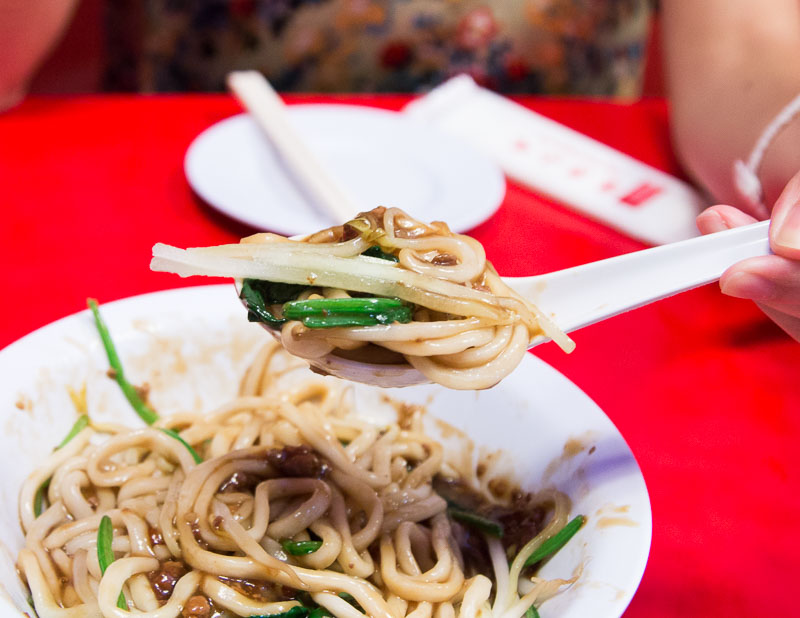 6 Authentic Shanghainese Stalls To Eat In Singapore For More Than...