Wan Xin Mala Xiang Guo has been my all-time favourite mala shop in the North-East, especially when it is conveniently located in Kovan. It is my go-to spot to get my mala fix whenever I need a spicy kick in my system. 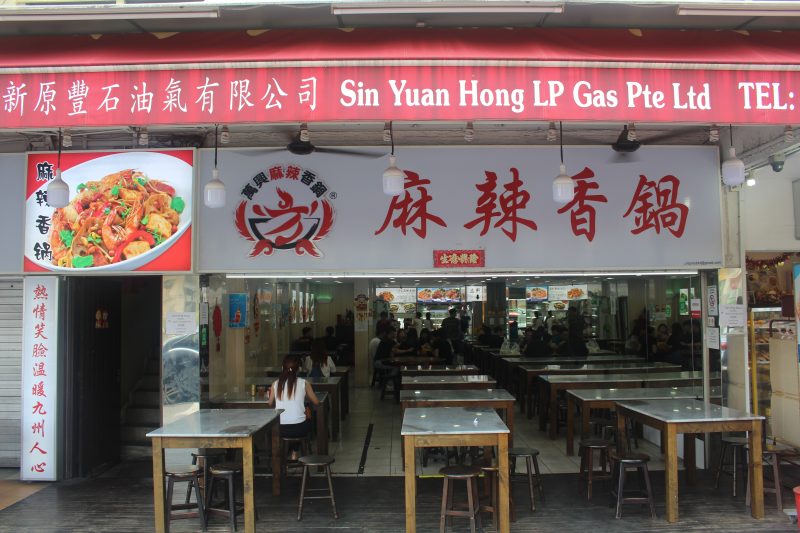 This place will definitely not disappoint you, especially since they open till 3am! For you supper kakis, this is a good spot for your supper gatherings.

I visited the mala spot around 12pm, and was pleased that the seating they provided was plentiful and was not crowded. 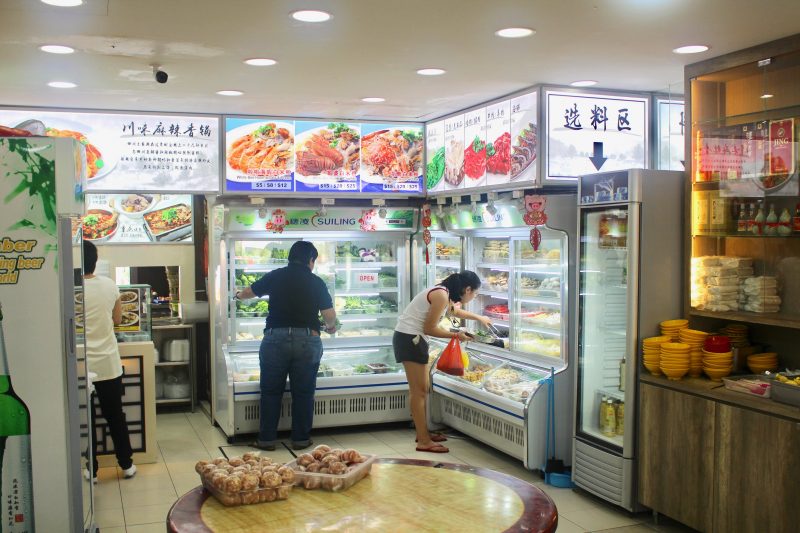 To pick your ingredients for your incredible bowl of mala, head over to the area near the cashier where you can pick your selections and put it on a plate.

The ingredients will then be weighed and charged according to the amount of the food (weight) you selected. I do have friends that do not take spice well, hence I ordered the spice level as xiao la, which is known as the mild level of spice for mala. 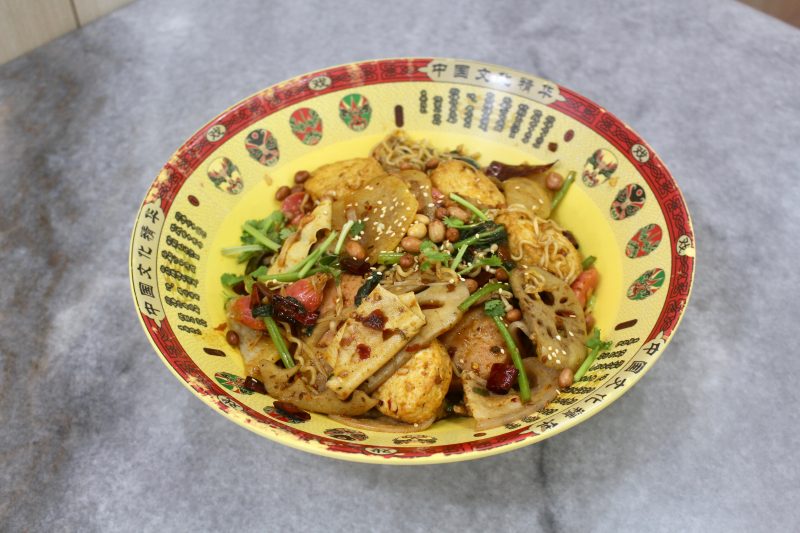 As I rummaged through my huge bowl of mala, the mala fragrance was irresistible. 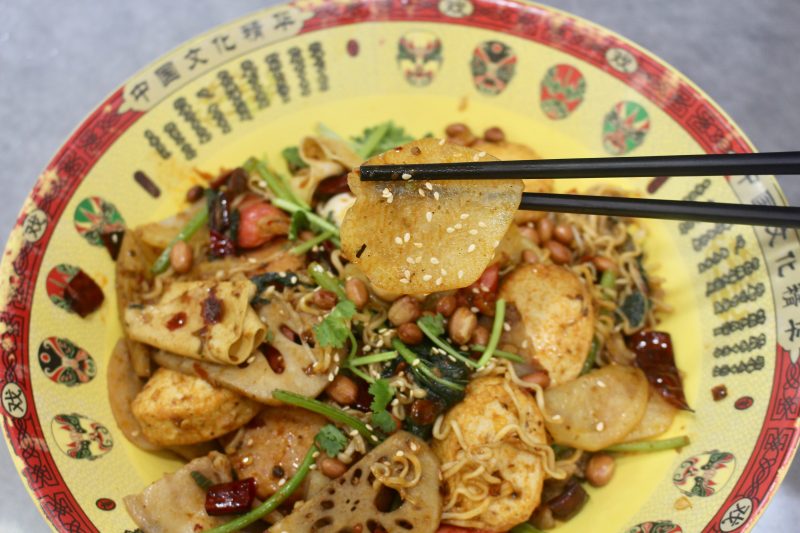 When I picked up my first ingredient to indulge in my mala cravings, I noticed the addition of sesame seeds to the bowl. I think adding sesame seeds was a good idea as it added crunch and flavour to enhance the dish overall.

I’m more used to potatoes that are cooked until mushy, which is why I was pleasantly surprised when it had a nice crunch to it. Moving onto the lotus root—I took a bite and loved it. It was stir-fried nicely, with a crunchy texture that was not too soft or too hard, and it absorbed the mala flavour well. Pork belly is a must-have when it comes to mala. What amazes me was that the pork belly slices were easy to chew and savour.

I suspect it could have been because of how thinly sliced the pork belly was. The fattier parts of the pork belly were not gelatinous or even chewy like others I have had before. The beancurd skin was stir-fried to perfection, with the texture being springy, with a hint of meaty texture. Many mala stalls do stir-fry the spices with the ingredients, but for some reason, not well enough for the enoki mushrooms. They usually clump together, and that’s something I am very particular about. 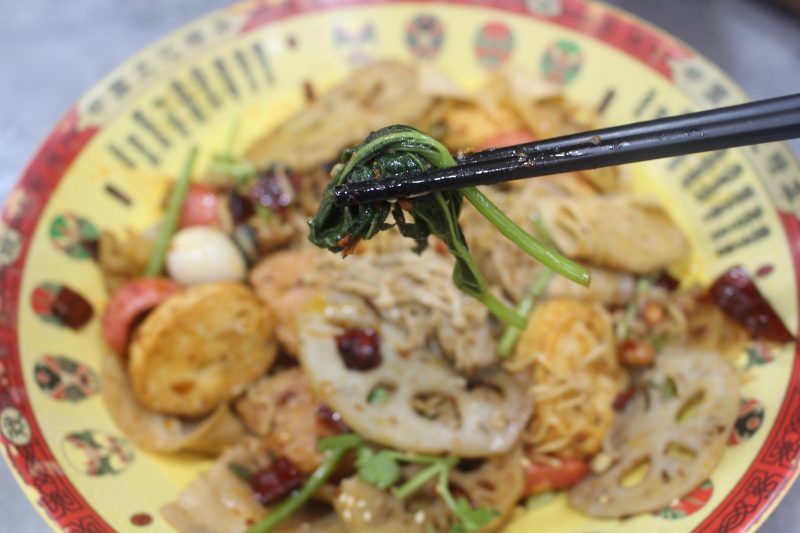 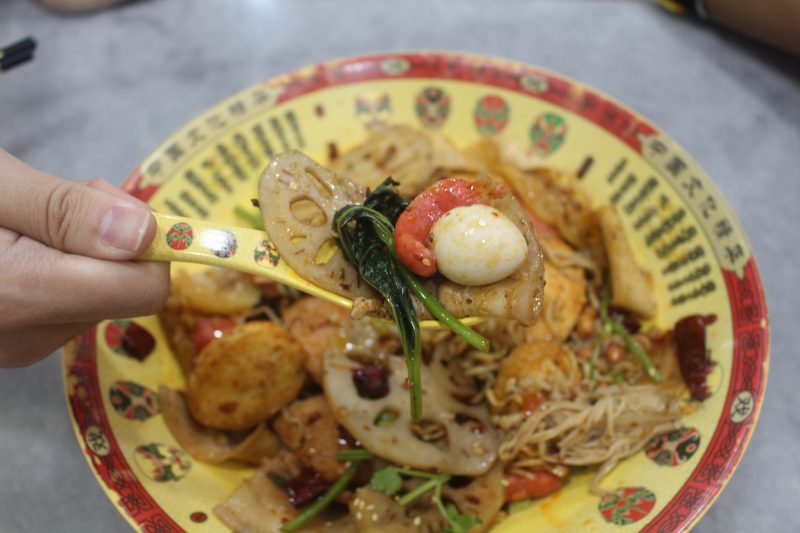 I personally am not a big fan of Chinese sausage cause of its sweet flavour—due to ingredients like rice wine, sugar, salt and rosewater used to make it—but I felt experimental and it worked well with the other ingredients thankfully. 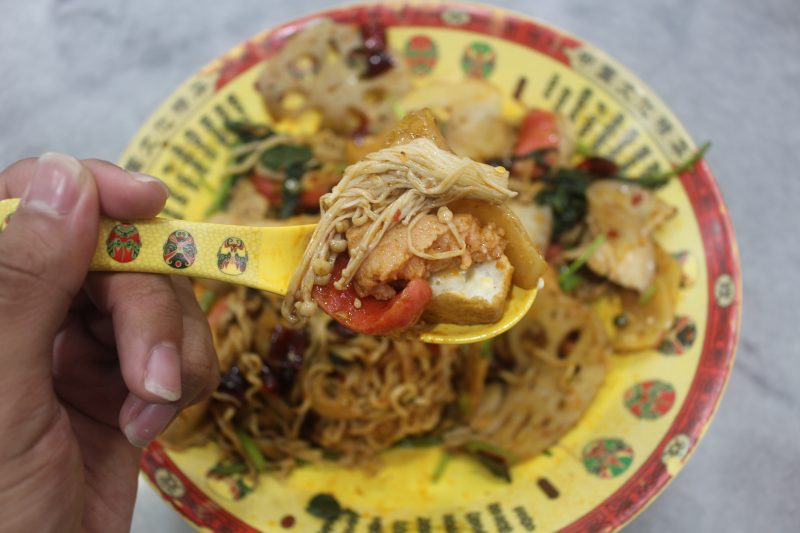 The Chinese sausage was sweet and meaty, and it contrasted well with the entire bowl of ingredients.

This mala place is my favourite spot to fulfil all my mala desires. For the quality of food being served to you, I feel that this mala place is worth the visit, especially when their standards have been consistent from my past visits since last year.

I strongly recommend you to head down to the store yourself, and maybe you could even try their other dishes like their white bee hoon with an array of seafood choices!