Craft beers have been on the rise in Singapore lately, and for very good reason. Artisanal beers are more exquisite than your run-of-the-mill beers when it comes to the brewing process – from the variety of hops used, to the ways in which they’re fermented.

All of which surmounts to a complex and intriguing blend of beer, in different forms such as the IPA, red ales, pale ales and many more. 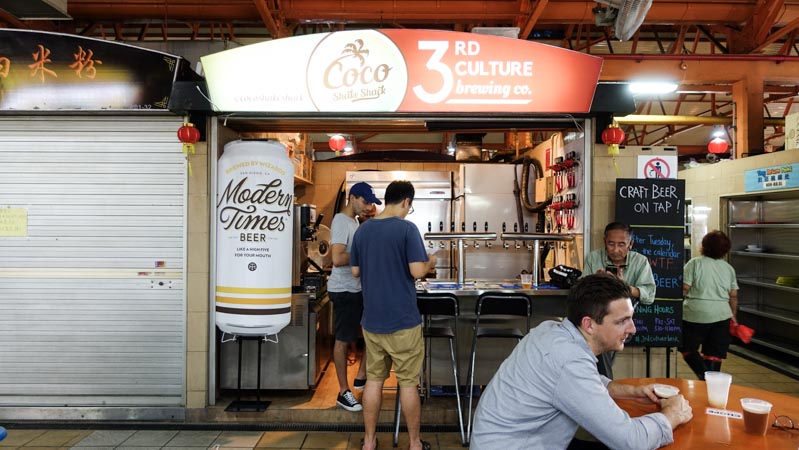 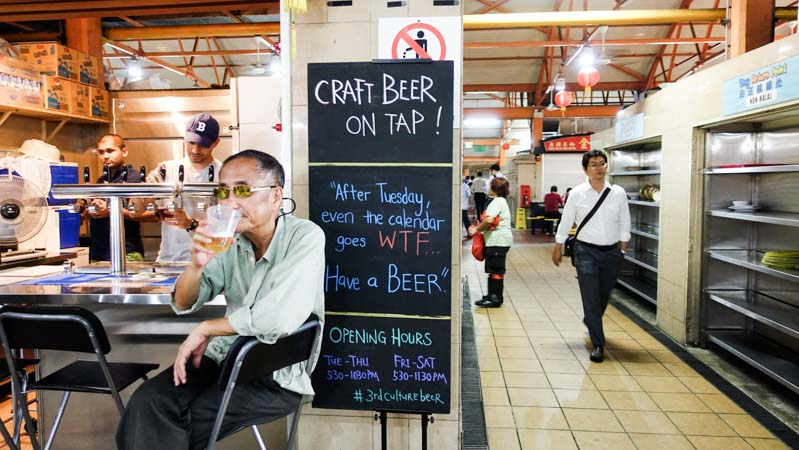 While craft beers are commonly associated with a higher price point, there are places that encourage more people to try out craft beers by pricing them reasonably, and one of them is 3rd Culture Brewing Co.

Nestled within Maxwell Food Centre (I know right), 3rd Culture Brewing Co. stocks a variety of craft beers from all over the world on tap. Owner of 3rd Culture Brewing Co, Mr. Manbeer Singh, understands the importance of variety and changes the taps almost every week. His idea behind it was to allow and encourage more people to try out different craft beers and fall in love with them, just like how he did. 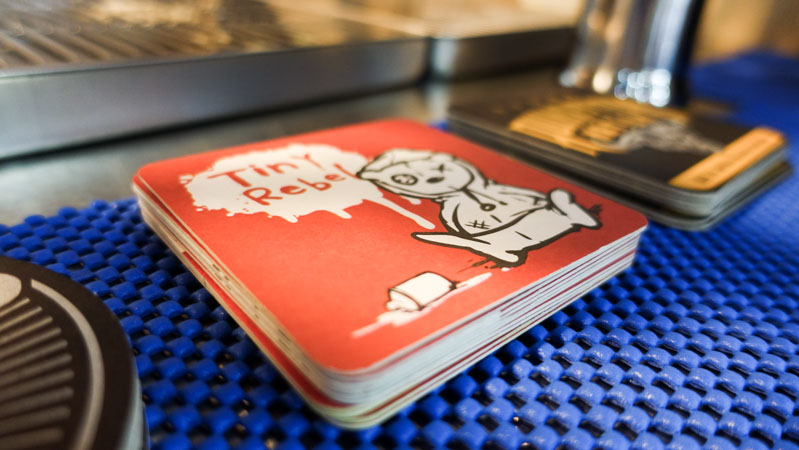 Mr. Singh studied and practised law in Singapore for a good five years before finally deciding to open a business. His love for craft beers egged him on to set up 3rd Culture Brewing Co., because who doesn’t want a career in their passion? A chatty and friendly guy, Mr. Singh remembers his regulars and interacts with all of his customers. His ultimate aim is to open his own brewery and it’s definitely an ongoing process, so do look out for it in the near future.

Passionate and ambitious, he hopes to brew quality artisanal local beers that we can so very proudly call our own. When we visited, there were 12 different taps from various parts of the world like Spain, France, USA, Wales, Taiwan etc, ranging from lagers to sour ales to double IPA to pilsners and many others.

Each beer carries the character of its origins and that’s what makes drinking it all the more an enjoyable process because you’re not merely drinking beer, you’re also tasting the story behind it. From the Hardywood Brewery in USA, this is a german pilsner that is delicate, crisp and clean, while remaining complex at the same time. A thoroughly easy beer to have, it finishes easy and is made with the finest European pilsner malt and German noble hops.

The Dirty Perle is the love child of two breweries, Tiny Rebel and Weird Beard. It is a stout that boasts a creamy coffee flavour and that should not come as a surprise considering the fact that it is made from Welsh Coffee Co. beans and oysters from Menai Oysters in North Wales.

A refreshing change from the common stout, I definitely enjoyed this.

The go-to place to have a craft beer without all that pretence, 3rd Culture Brewing Co. is a stellar location to have your local favourites and artisanal brews. Just from the variety alone, it’s worth a visit.

Factor in the competitive price point and Mr. Singh’s hospitality, I’m sold. They even do takeaway beers so grab one if you’re in the area!