Many of my ang moh friends have commented that Asians have very weird preferences for our food, as we eat almost everything that has legs and can move.

As the saying goes, one man’s meat is another man’s poison. I am positive that most Singaporeans would have tried some form of unusual food at least once in their lifetime — so, what kind of foods are considered “weird”? Well, sannakji (live octopus) and durian are too mainstream.

Therefore, I would like to share with you 10 Underrated Bizarre Asian Delicacies That You Must Try Once In Your Lifetime. 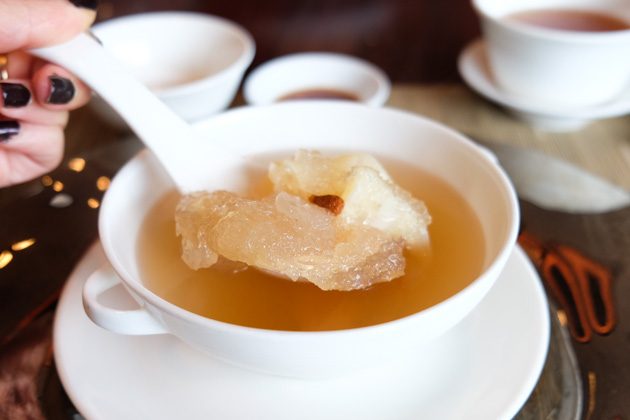 Made from South East Asian swiftlets and swallows’ solidified saliva, Bird’s Nest Soup is one of Asia’s most popular tonic, especially for its Traditional Chinese Medicine properties for nourishing the body. Found in most Chinese restaurants and dessert shops, these nests don’t come cheap (except the canned drink version, which isn’t exactly what I’m talking about).

You might ask, how is this harmless dessert weird at all? Maybe we’ve all been brainwashed by our elders but we’re paying to eat hardened bird’s spit. Since I am one of the brainwashed folks, I am all in for slurping up sweetened shreds of jelly-like solidified bird’s saliva. 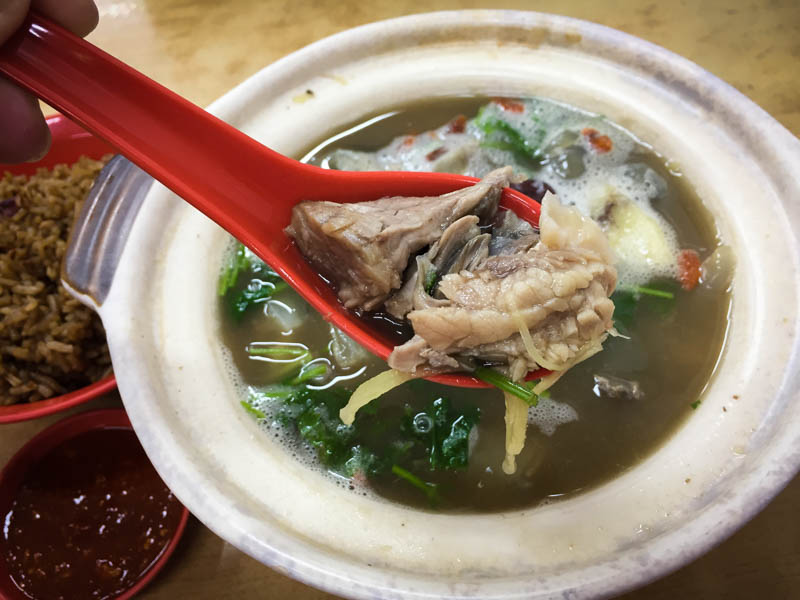 If you have a pet tortoise at home, this one’s probably not for you. The Turtle Soups out there are often herbal-based and are known to have medicinal properties (again, just like many of the other weird Chinese delicacies).

Herbal taste aside, the texture of the Turtle is a mixture of its gelatinous skin and lean meat, which likens to fibrous pork meat. This unique dish is considered a disappearing delicacy due to the decreasing amount supply and demand, and they are mostly priced around $22-$25 per serving. 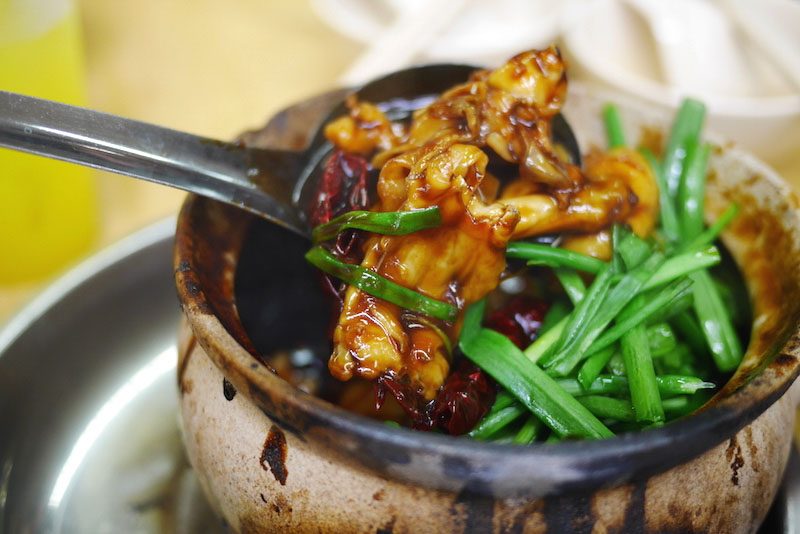 For the supper-enthusiasts, having clay pot Frog Legs in Geylang is probably on your bucket list. With the exception of French and Asian, this form of meat is very foreign to most people around the world and I do have some friends that felt disgusted when I suggested eating frog legs porridge.

Frog’s texture reminds me of a fish that tasted like chicken. If you are able to put away the mental image of devouring a slimy green creature, do not hesitate to try this easily addictive dish.

Known as poop coffee, Indonesia’s Kopi Luwak is one of the world’s most treasured (and pricey) coffee that count on the defecation of civet cats after consuming the coffee beans.

Due to the protein-breaking enzyme reaction in the civet cat’s stomach, the cuppa tastes earthy, but not as bitter as normal coffee and has a unique berry-like sweetness. With such an unorthodox process, it is quite difficult to believe that these clumps of coffee beans are almost every coffee connoisseur’s dream. The gelatinous Chicken Feet is a classic dim sum staple that tends to scare a lot of people away, including fellow Asians.

While the idea of chicken claws are very off-putting, they are actually very beneficial for your body. Not only does chicken feet contain collagen, they also consist of glucosamine and chondroitin, which are essential for healthy skin and strong bones.

If you want the reap the benefits without chewing those intimidating claws, try having chicken feet and peanut soup. 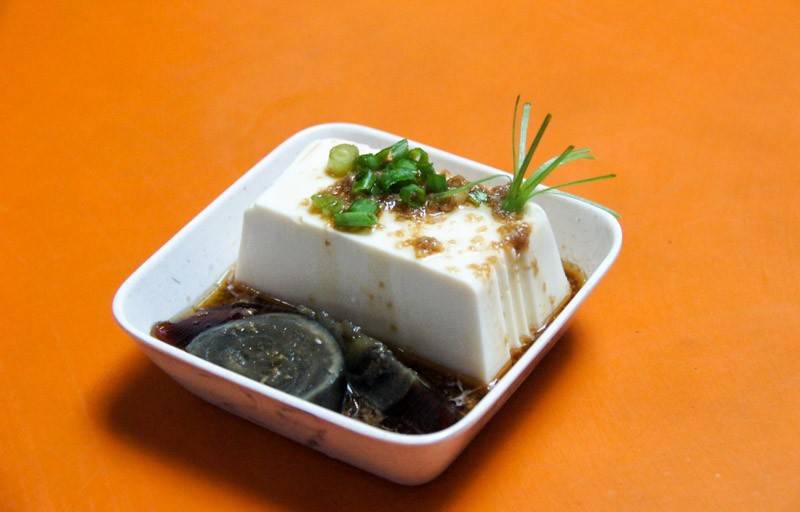 Also known as thousand-year-old eggs, Century Eggs originated from the Ming Dynasty in China and are traditionally preserved in a mixture that consist of clay, salt, ash and rice husks, with the process lasting from several weeks to months.

This results in a strong tasting gooey grey yolk and a translucent dark coloured “egg white” with a jelly-like consistency. Usually paired with a bland tasting cube of tofu or mixed into porridge, this bold-tasting black egg is enjoyed by those with an acquired palate. 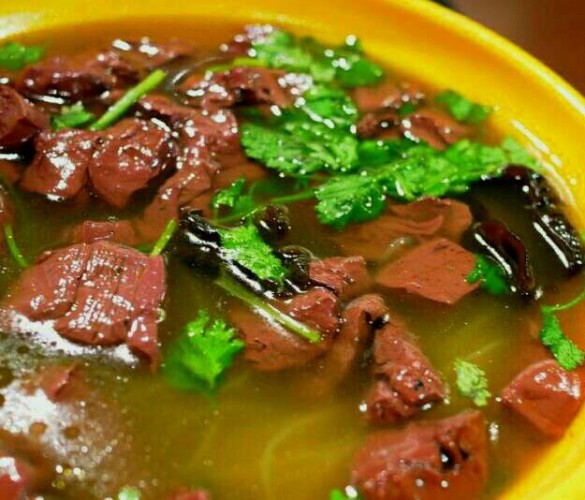 A dish that makes you feel like a vampire, Blood Curds are congealed jellied blood from pigs, chickens and ducks. Normally served skewered or found in soups, these “red tofu cubes” are considered a common, inexpensive snack in East Asia and the Philippines.

Texture wise, it has a slight chewiness similar to an agar agar jelly (with a hint of copper in its taste) and these goodies are rich in protein, iron, vitamin C and plenty of other minerals. If paired with the right condiments, this blood curd makes a very nutritious snack on its own.

The highlight of this dish would be sucking up the bone marrow and getting messy with the pigmented gravy, savouring each and every bit of the drumsticks.

Mutton marrow tastes like a cross between velvety meat butter and duck liver, which is incredibly smooth and indulgent. 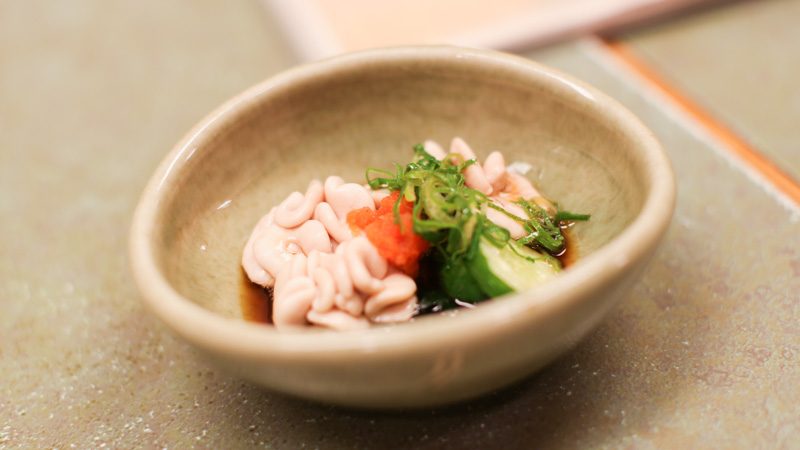 Slurping down this savoury and gooey delicacy results in squeamish thoughts but trust me, 90% would go for a second bite. Similar to durians, Shirako is a seasonal dish and it is available in selected Japanese restaurants such as Tomi Sushi and Sakari Sushi.

By the looks of it, this little plastic box of fermented soybeans aka Natto seem really harmless. Upon mixing, they transform into a sticky, stringy mess that smells really funky and pungent.

Well-loved by the Japanese, the fermented dish of Natto is often eaten with rice during a normal Japanese style breakfast. On top of being rich in probiotics, it is also rich in vitamin K2 and Pyrroloquinoline quinone (PQQ), which is beneficial for the bones and skin.