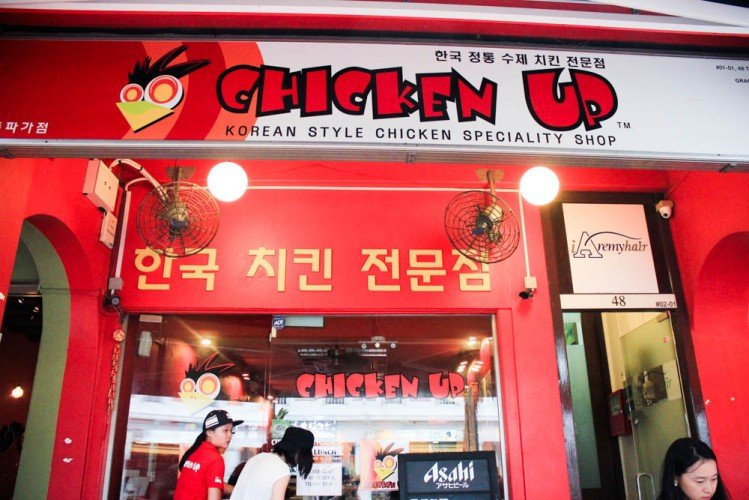 If you’ve got a hankering for tasty authentic Korean fried chicken served in endless portions, then be sure not to miss Chicken Up, a simple and intimate Korean eatery which is perennially packed during rush hours due to its hearty and flavoursome Korean cuisine.

The chicken at Chicken Up is double fried to seal in the flavour which is unique to how Korean Fried Chicken is done. 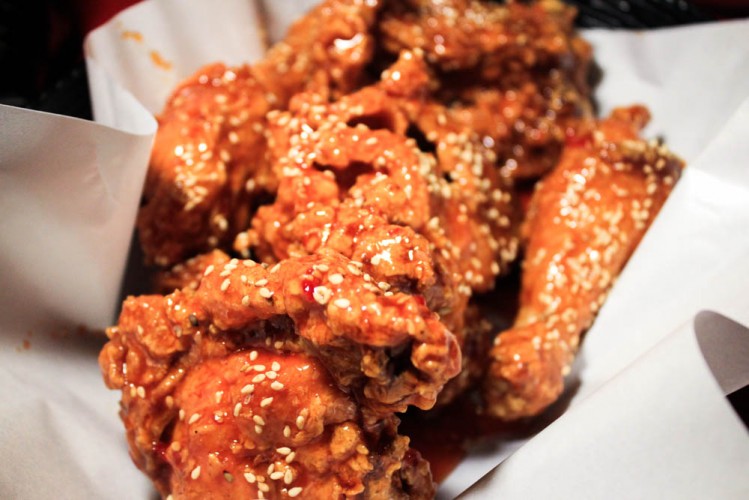 Yangnyum Chicken ($38 /8pc, $22 /4pc). Don’t be deceived by it’s daunting glaze and sesame + chilli flake swathed skin, the Yangnyum Chicken is tame, honeyed with a just a hint of spicy.

The texture is very much alike the “Har Cheong Gai” or prawn paste chicken. I think the spiciness has been toned down to fit the Singaporean palate more, but I actually would have preferred more fieriness like how it’s done in Korea. 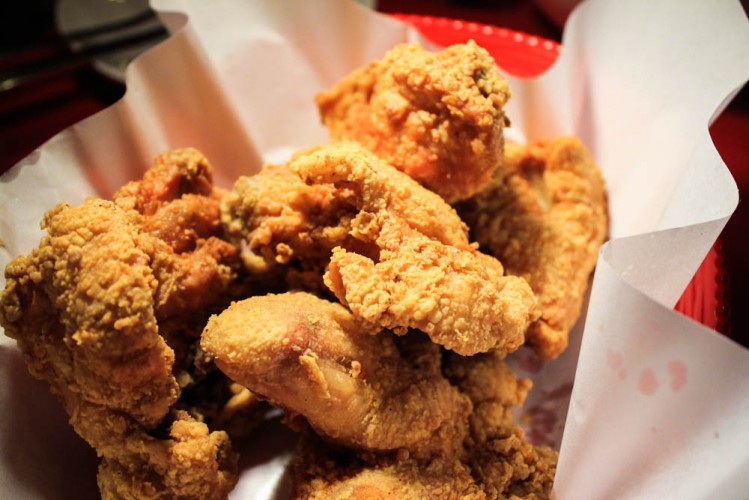 Spicy Up ($34 /8pc, $18 /4pc). Fried to golden perfection, this classic fried chicken is not your average Kentucky’s. Savoury with a little heat, the skin is crisp and separated from the meat by a layer of juicy fat.

It is also a mystery how the meat manages to remain moist and tender even after a relatively long period of time (food bloggers and their photo taking sessions).

Definitely one of the best Korean fried chicken I’ve had. 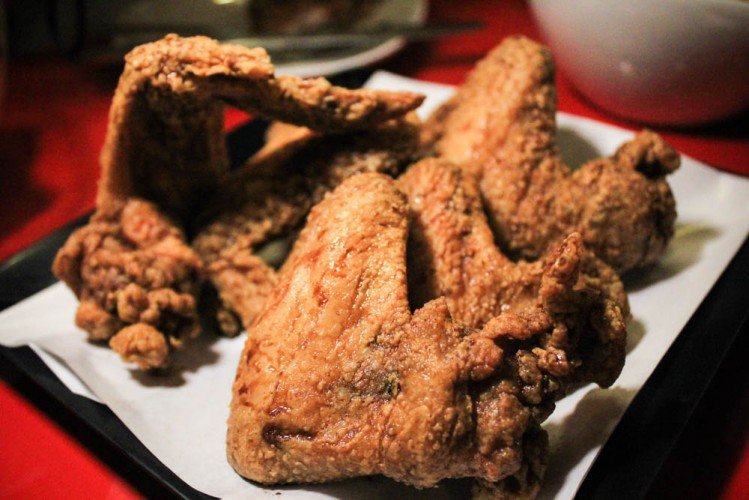 Soya Chicken Wings ($24 /8pc, $12 /4pc). Another crowd favourite, the soya chicken wings are lathered generously with Korean soya sauce before they are dipped into the fryer – the result an absolutely mouthwatering creation.

The soy garlic marinade assaults the olfactory senses as much as it does your tastebuds, and adds an incredibly round flavour to the fried chicken. 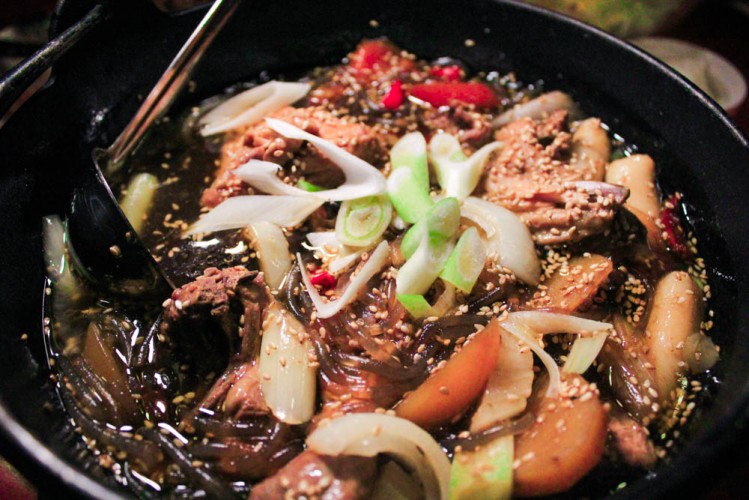 Andong Chicken Stew ($48 /8pc, $33 /4pc). A traditional Korean soy sauce chicken stew with chicken bits, potatoes, carrots, Korean noodles and rice cakes. It had a very light broth that wasn’t as intense in flavour as expected, probably a good idea to take a break from all the decadent fried chicken.

Although it wasn’t my favourite dish, I can imagine many others to appreciate it because of the penetrating spicy chilli flakes within the broth, making the stew very spicy. A shiok factor for the adventurous, definitely. 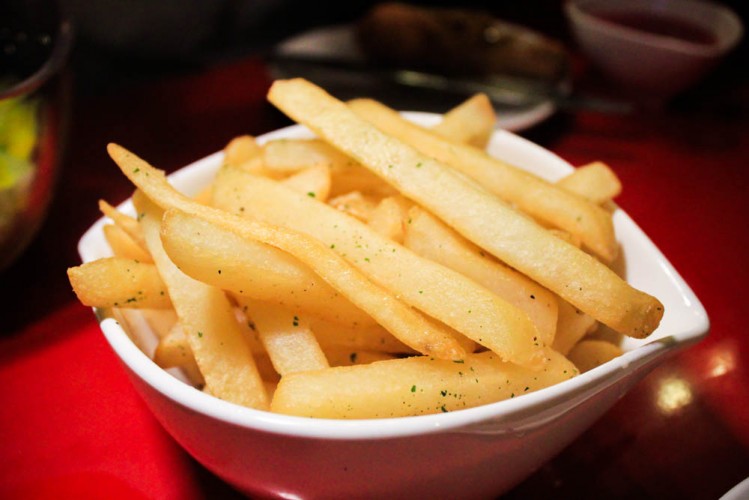 Truffle Fries ($8). French fries sprinkled in salt and truffle oil. I think most places use too little truffle oil and can be bordering on calling it ‘truffle’ at all, but Chicken Up’s version has enough flavour to really do truffle fries justice. Yakult Soju, Pear Soju. Both Yakult and Pear Soju adopted the similar milky white appearance, albeit both had distinct differences in taste.

The Yakult Soju tasted a little more milky as compared to the Pear, which was very sweet and enjoyable. Both Yakult and Pear Sojus, however, did a great job in masking the alcoholic taste with their own unique flavours and taste profiles. 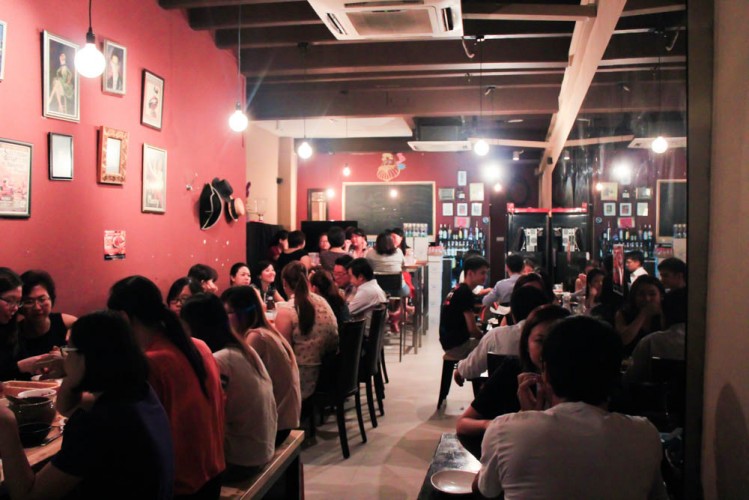 While the atmosphere is what may be considered kitschy, it manages to tie in with the food and is definitely a cosy venue to indulge in expertly marinated chicken and tasty stews.

At Chicken Up, a very popular Fried Chicken Buffet is also available at $25+, but be wary that each order is freshly fried, so it takes some time to prepare in-between orders. The fried chicken here is also picked by SPH’s writer as the best Korean fried chicken in a blind taste testing among a few of the other prominent brands.