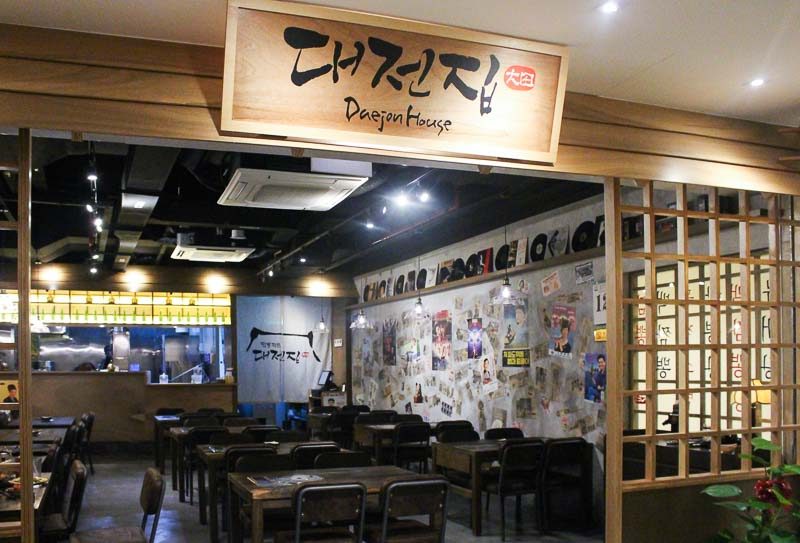 Attention all Korean food lovers: Stop by Havelock II Mall if you haven’t already visited DaeJon House, a casual Korean restaurant that is said to be the very first to sell Jjamppong noodles with a beef bone base as a broth. 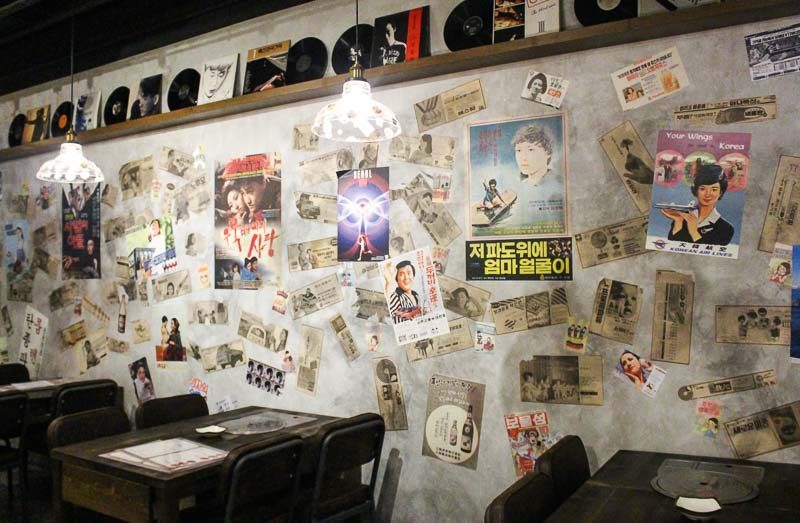 Set within an interior that is stylised to resemble a traditional Korean house, the walls are lined with old newspaper clippings and movie posters — all of which, are very tastefully decorated. 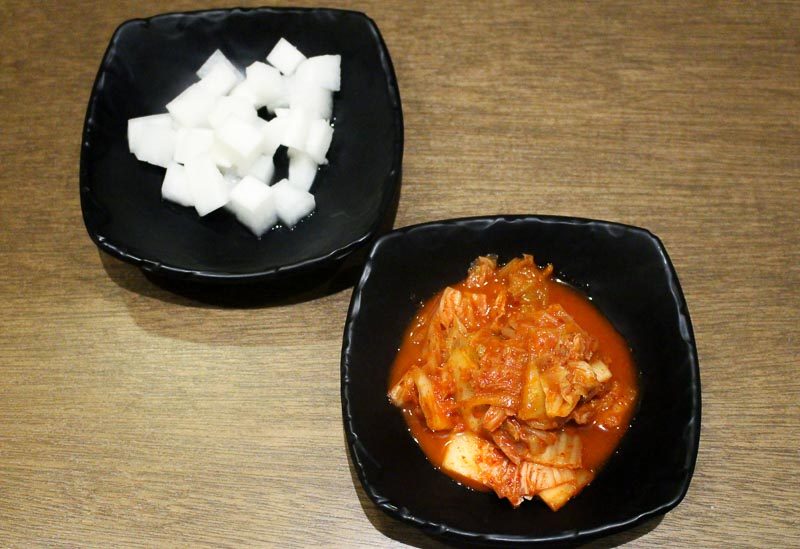 As with most Korean meals, the appetisers served are small sides of kimchi and pickled radish; both refillable at any point of time. 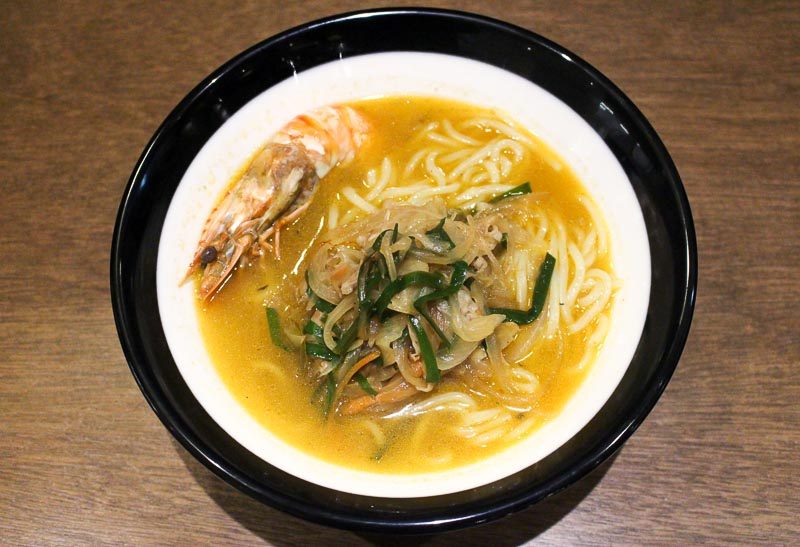 The signature of the restaurant is obviously the Korean Beef Noodles ($12.90). With either a choice of spicy or non-spicy for the broth, both options have a beef bone base that is simmered for a few hours to induce a flavourful taste.

Each bowl comes with beef slices, a rather sizeable prawn and vegetables on top of handmade Korean noodles. Immersed and cooked within the broth for a period of time, the ingredients soaked up the essence well enough for it to have a strong taste of beef. 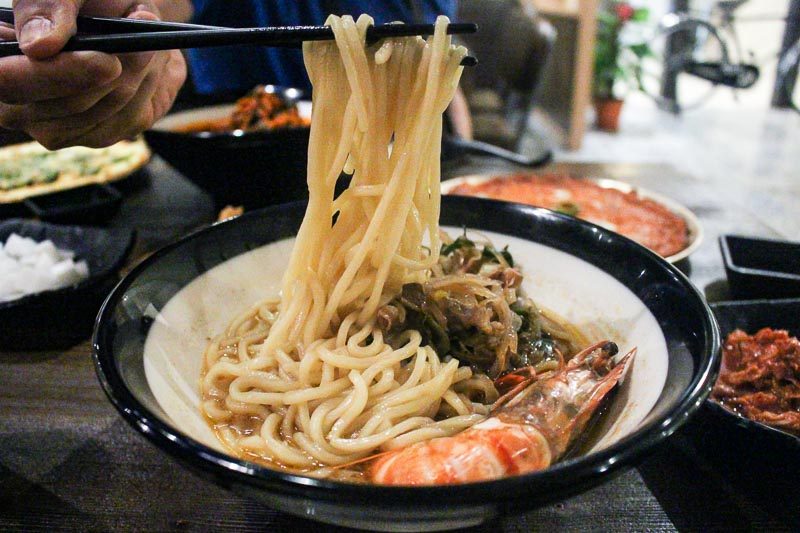 The noodle seemed to be some sort of a cross between ramen and udon. While it was not as thin as the regular ramen, it certainly wasn’t thick enough to be udon. The result is a hybrid with an absolutely springy and soft texture.

Some Korean restaurants try to sell you short by serving noodles that come straight out of an instant noodle packet but that’s not the case with DaeJon House. Here, they believe in serving only handmade noodles. 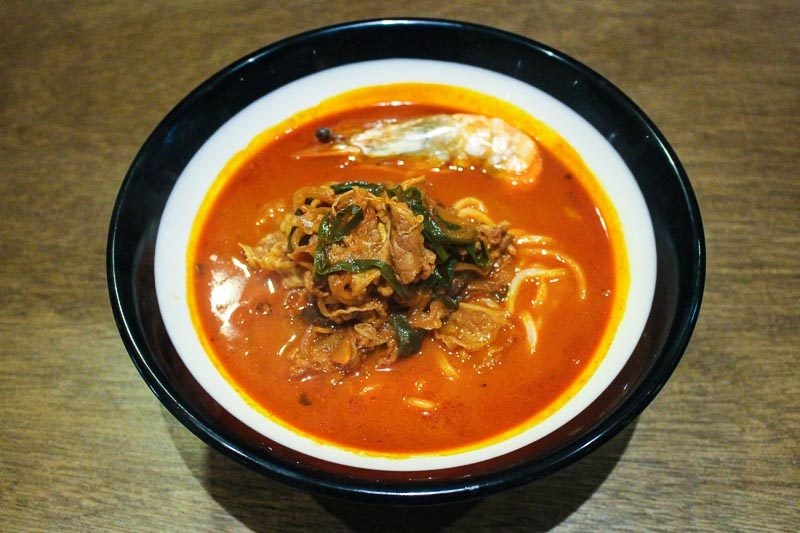 Personally, I preferred the spicier alternative as the red chilli powder provided more of a kick as compared to its non-spicy counterpart. The prawns were particularly delightful to have since they managed to absorb a large majority of the rich broth.

The tender beef slices were great, as well. Being thinly sliced made them even easier to consume unlike some cuts of beef that tend to be too tough to bite. With two sizes to choose from, the Army Stew (24.90 for medium/$$34.90 for large) utilises the same beef bone broth but with more ingredients, making it a good sharing portion when you have company. I recommend going for the large portion as it is more sizeable and worth the price.

The stew itself came loaded with a whole slew of condiments including baked beans, dumplings, ramyeon, sausage, spam, tofu, tteopokki and of course, kimchi. 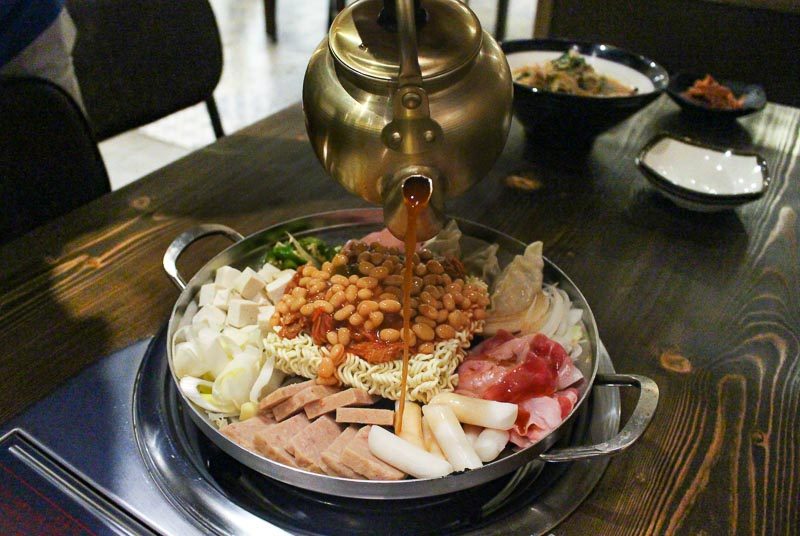 Pour over the hot soup base and I guarantee that this will be the perfect meal to have if you’re in the mood for something warm and filling.

If this is too big a portion for you and you would like to opt for something smaller, simply go for their Army Noodles ($12.90). As a toned down version of the larger stew, this is definitely good for those who happen to be dining individually. 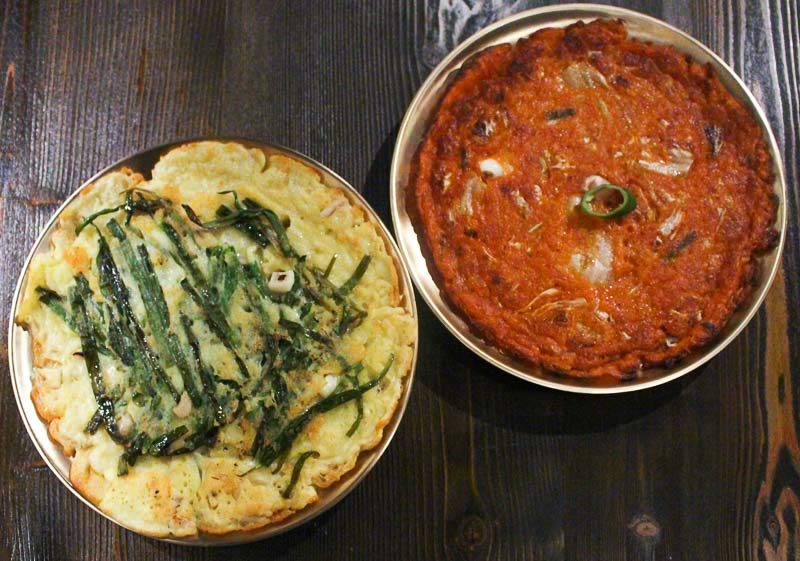 Made fresh, the Korean Fried Dumplings ($6.90) that were served was extremely crunchy and filled with generous amounts of meat and glass noodles. Dipped in the sauce, it was simply delectable to have. 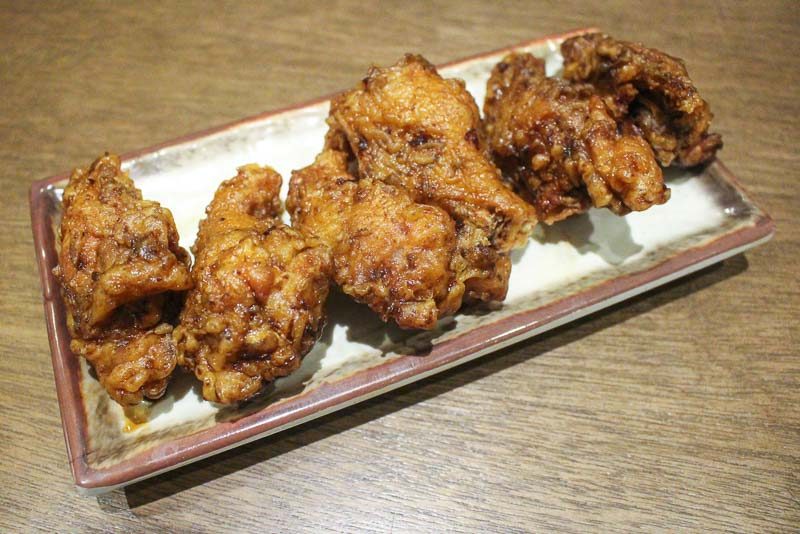 You should expect no less from the Korean Fried Chicken ($10.90) here because the owner also happens to run Wawa Chicken in JB Malaysia, a popular Korean fried chicken joint. Living up to standards, each drumlet is marinated with just the right amount of seasoning before being fried to a crisp perfection. Finally, we had the Bossam ($24.90) platter which, features steamed pork in marinated brine with a side of two kimchi rolls and several carrot sticks. While the meat was undeniably tender, I felt that each slice had a higher fat ratio than it should, so this was arguably my least favourite. 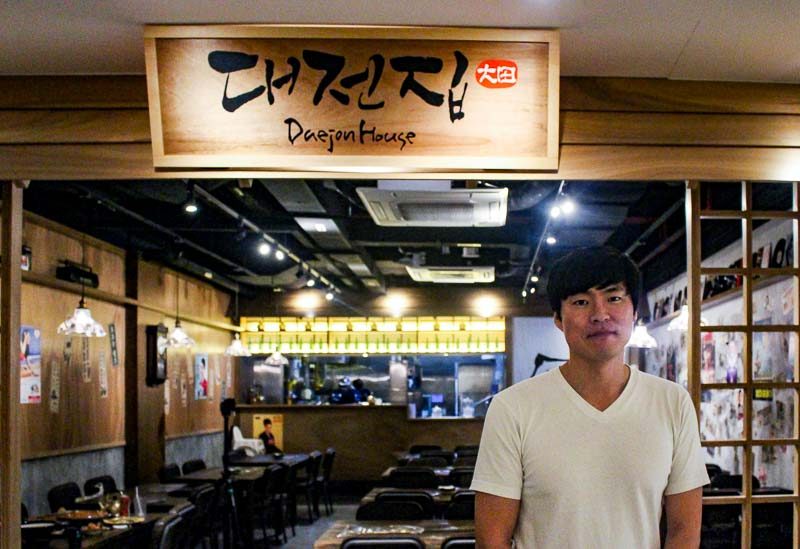 As the brainchild of Korean founder Mr Lee Jae Ho, DaeJon House boasts a variety of standout dishes that are truly the embodiment of authentic Korean fare. In my opinion, the Korean Beef Noodles and Army Stew alone is certainly worth travelling for, especially since they do not compromise on the flavours of their broth.

So what are you waiting for? Grab some hungry friends and indulge in what Daejon House has to offer if you’re an huge fan of this cuisine. Brothers In Fine Food: Innovative & Affordable Cafe Fare Based In...