Here is a ballsy option for you to take your chicken rice up a notch! One of Malacca’s staple dishes is their chicken rice balls. But rather than spending hours travelling there, you can now enjoy this novelty dish in Singapore at Good Year Local Hainanese Chicken Rice Ball. 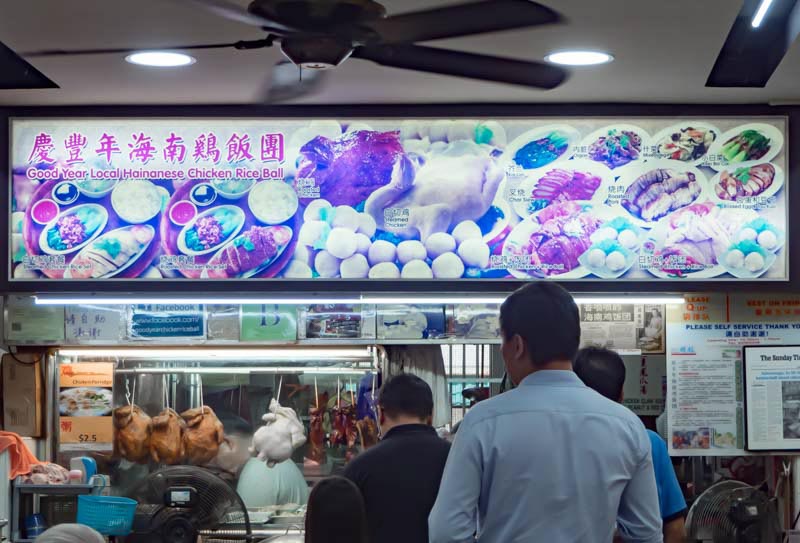 This stall was previously located at Allenby Road, but it has relocated to a coffee shop in Toa Payoh. Since then, their popularity has increased, bringing constant queues throughout the day.

Despite the long lines, the wait wasn’t very long as the staff members are very efficient. 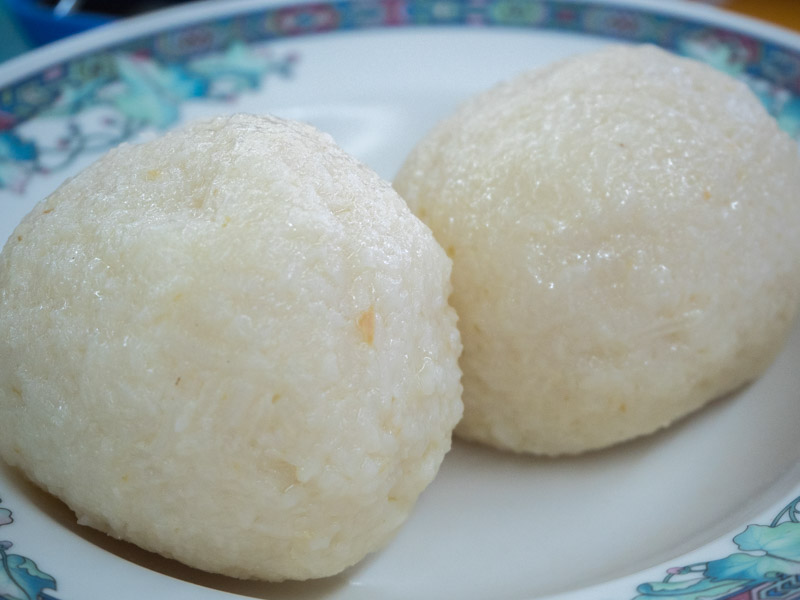 The last time I had chicken rice balls was a couple of years ago in Malacca, hence I was excited to try this dish in Singapore. Good Year Local Hainanese Chicken Rice Ball gives a generous portion of Chicken Rice Balls (S$0.50) with each ball being the size of a tennis ball, and just two were enough to fill me up. 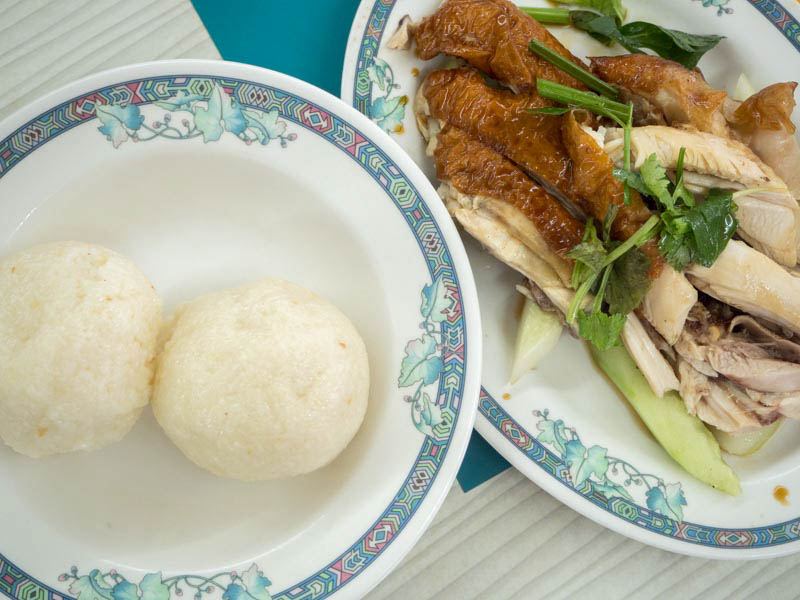 As the rice balls rolled around my plate, I was somewhat sceptical of how they would taste. They looked shiny as if it was made of plastic.

I did not enjoy these chicken rice balls much, as they had a soft and sticky consistency reminding me of ketupat (rice dumpling commonly paired with satay). Consistency aside, these balls were well-seasoned and fragrant — I could taste a hint of ginger and chicken stock infused into the rice.

Compared to the chicken rice balls, I preferred their normal plate of chicken rice. I ordered their Poached Chicken Rice Set (S$7), which included sides of chap chye (mixed vegetables) and boiled soup. I enjoyed their normal chicken rice which had a fluffy texture, and each grain separated from the other easily.

One area where Good Year Local Hainanese Chicken Rice Ball should improve on is the oiliness of their rice, as every bite left a coat of oil on my lips.

Of course, I also tried the rice with their chilli sauce and was disappointed as the chilli did not have a zesty kick. Despite this, the chilli packed a good amount of spice to it. Despite this, I did not enjoy the Poached Chicken (S$3.50) as it had a gelatinous layer of skin which was gooey and chewy. It was slightly salty because of the light soy sauce, however, without the sauce, it was very bland. Other than poached chicken, Good Year Local Hainanese Chicken Rice Ball serves Roasted Chicken (S$3.50) which was my favourite dish of all. Since it was roasted, it was slightly tougher than the poached chicken.

To my delight, it was infused with a smoky aroma from the light soy sauce. Before I knew it, I finished all the roasted meat on my plate.

However, if you are willing to make the journey, Malacca still has the best chicken rice balls available. I would probably head back to Good Year Local Hainanese Chicken Rice Ball to enjoy their traditional chicken rice and their tender chicken instead. Ribfest 2018: All-You-Can-Eat Meat Festival At Morganfield’s In Orchard Central This...