The more time we spend away from home I think, the more we miss home-cooked food. Nothing like tucking in to a good bowl of healthy, comforting whatever, which you know is sure to be great, because it is cooked by your mother. Especially in Asian culture, mothers have always been seen as caretakers of the family, and thus we associate home-cooked fare to them.

HaHa Sushi is named so for that very reason. ‘HAHA’ is the romanisation pronunciation for mother 母, in Japanese. The restaurant aims to create a homely atmosphere while providing fresh and good food, very similar to the image of home cooking. 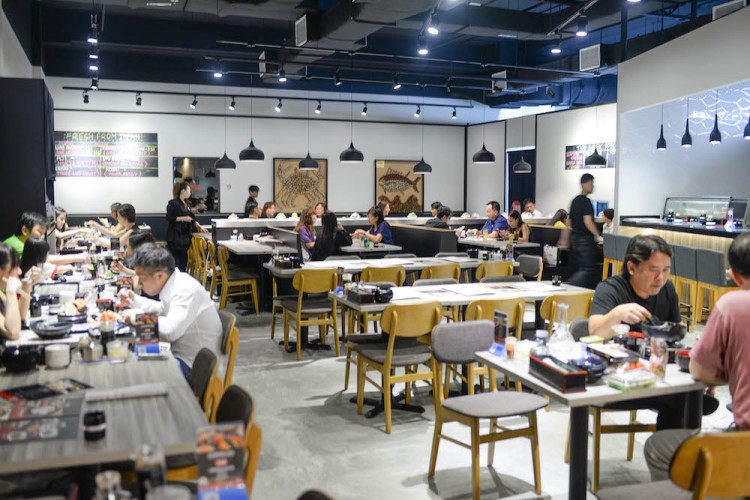 This probably explains the comfortable vibes and interior of the restaurant. The design is clean, and the colours are not overly vibrant, which is calming in a way – similar to their other sister outlet HAHA Thai. Ample lighting and gaps around the aisles make the place feel open and wide, and we got relaxed in no time to tuck in for a good Japanese meal. 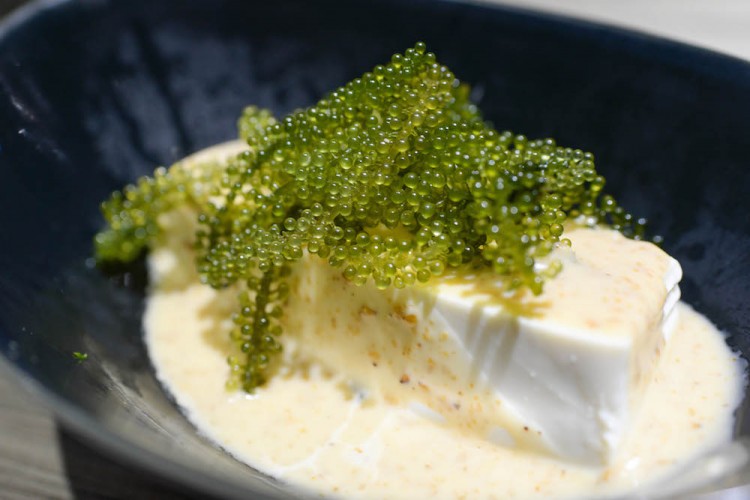 Soon after we settled down, we started off with an appetiser of sorts. The Seaweed Caviar Goma Tofu ($15.90). was something new. Instead of the usual red flying fish roe eaten in Japanese cuisine, what we had on top of the tofu and sesame dressing were the green sticks of seaweed caviar; I had never seen caviar in such a shape before.

The taste was pretty salty, almost like the sea, which complemented with the plain tofu. It also added a bit of a crunch to the dish. Refreshing and a good way to begin the meal. 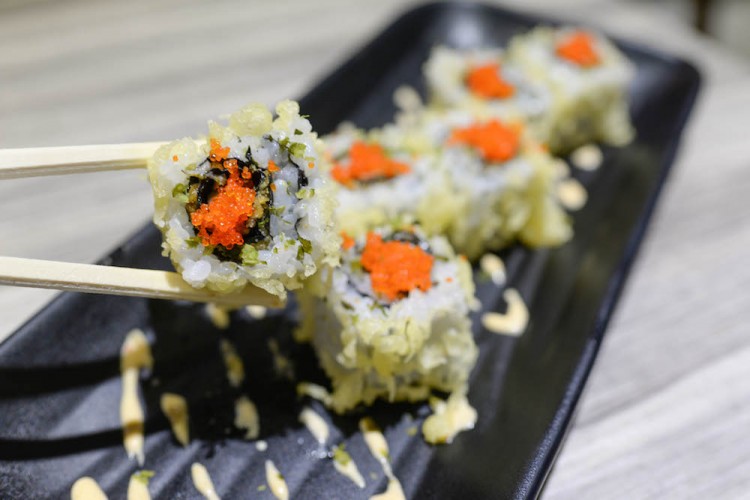 We had their signature maki, the Haha Crispy Roll ($7.90). In the middle was salmon, which was wrapped with seaweed and rice, topped with roe and my favourite part, fried tenkasu 天かす(crunchy bits of fried batter). The middle could be more moist, maybe with a sort of sauce, but what I really liked was how there was a crunch and aroma added by the tenkasu, which is basically the deep-fried, crisp flour-batter which covers the outside of each roll.

The following dishes (besides the desserts) make up the Lobster Fiesta. Yes, lovers of the red crustacean rejoice! HAHA Sushi is celebrating SG50 with a series of amazing dishes for just $50! For that price, you get five different dishes, all with lobster as the main ingredient. First on their SG50 list was the Lobster Mentai ($22.80 for the a la carte, which comes with a full lobster), in which the meat is cooked in the shell with mentaiko sauce. The result is a creamy and very savoury dish with some fresh lobster. 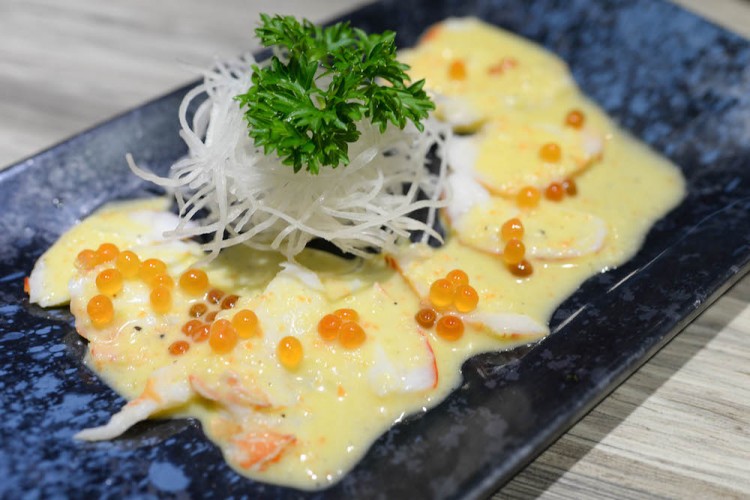 Next came the Lobster Carpaccio, a light dish which is served in slivers of the meat. The sauce is appetising, slightly sweet and felt very clean on the palate. Balancing that sweetness were the roe, which also adds a nice pop to the texture. 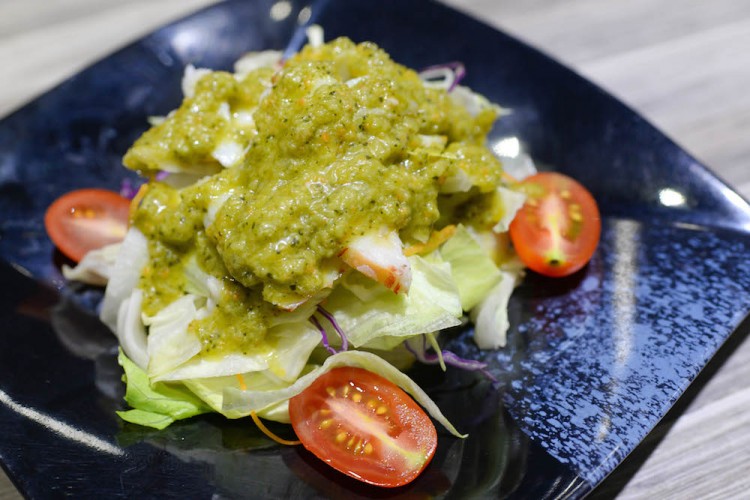 The star of the Lobster Salad is the sauce. Made in-house by the chef, it consists of a blend of fruits and vegetables, with green apple as the key component. While the salad is a common dish, the sauce makes it very unique. Freshly blended everyday, the dressing is healthy as well, compared to calorie loaded ones like mayonnaise and thousand island. A hearty bowl of soup warms me right up on rainy days, just like how the Lobster Miso Soup ($22.80 for the a la carte, which comes with a full lobster) did. The dish is very savoury, and served with a huge piece of lobster inside, still in its shell. Thought the lobster flavour could be a bit more robust but I liked drinking the soup and munching on the lobster, mushrooms and vegetables in it. 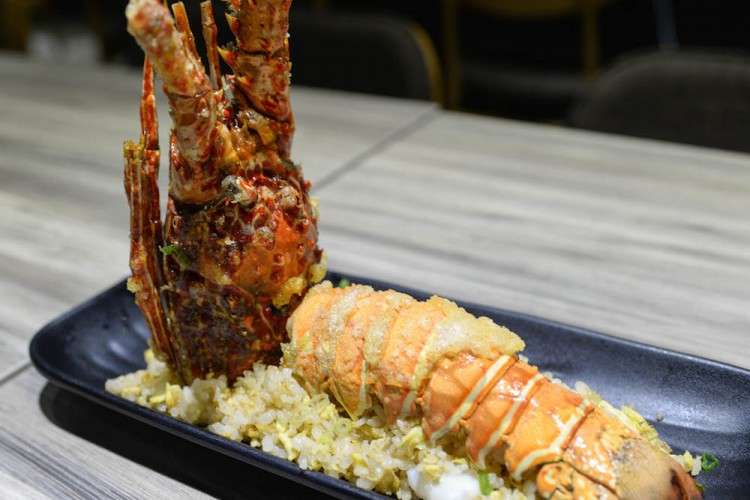 Lobster Fried Rice ($28.80), is a garlic and lobster dish. I loved the aroma and flavour of the garlic, though wished that the lobster and the rice were a little bit moister.

The Lobster Fiesta also comes with a glass of pretty strong sake. 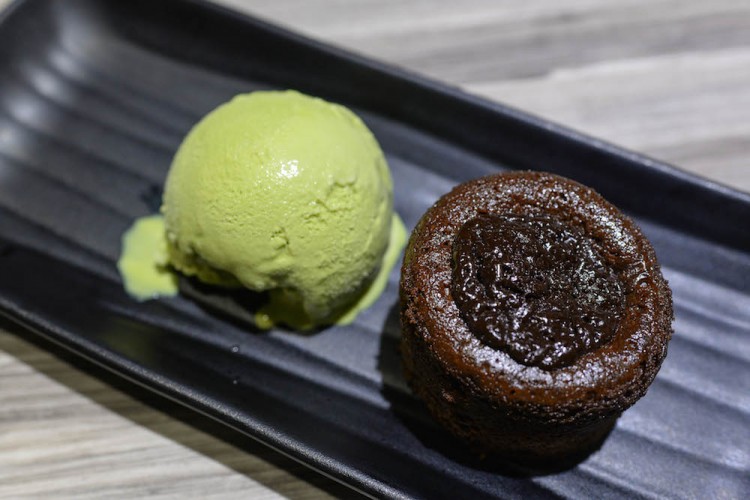 Last were the desserts, which are part of the regular menu. We had Lava Cake with Matcha Ice Cream and Lava Cake with Sesame Ice Cream ($7.80). The ‘lava’ did not ooze out contrary to my expectations, but sat on top of the cake itself. It added richness to the cake and was sweet and chocolaty. 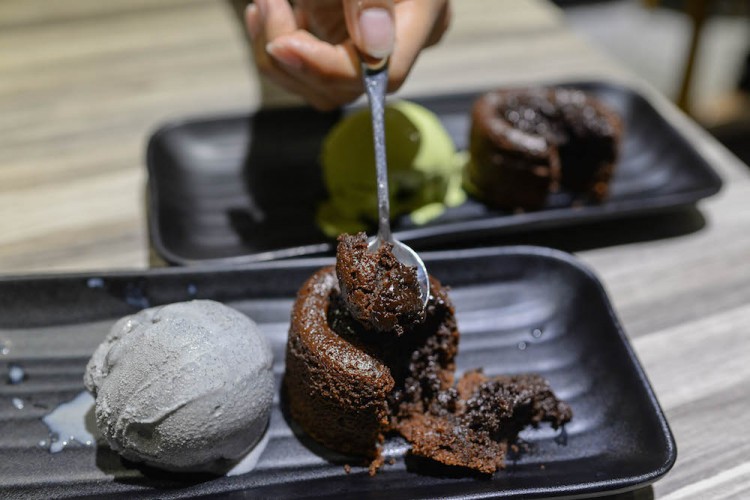 Eat it with some of the ice cream to counter the thick cake. The Matcha ice cream was decent, but the sesame one surprising. It had an incredibly strong sesame taste which was very flavourful.

HaHa Sushi has an amazing range of dishes which I noticed after flipping through the menu. Besides that, they have seasonal dishes like the Seaweed Caviar Goma Tofu, which they bring in whenever they can. This gives even repeat customers to anticipate something every time they return to the restaurant.

The restaurant has a good, relaxing ambience, fresh sashimi flown in three times weekly, and a large number of items to choose from. The price is pretty reasonable as well, and would be a great place for groups of people to gather and eat.