“Nourishing Cantonese Fare By The Hill Side” Joydon Seafood Restaurant (formerly West Coast Seafood) is renowned for serving up some of the best seafood in the western part of the island since its establishment in 1996 and is making waves once again with its new dining concept – Joyden Canton Kitchen.

To most, authentic Cantonese cuisine is simply Chinese cuisine found in Hong Kong but it’s more than just that. Cantonese (Yue) cuisine originates from Guangdong Province in China and encompasses the tastes from Shantou, Chaozhou and Guangzhou. Conceptualising the menu for this outlet was no easy feat, whereby the owner got personally involved in its development. Countless study excursions were made to various parts of the province over a six-month period to understand the essence of the cuisine and how to present it to Singaporeans. 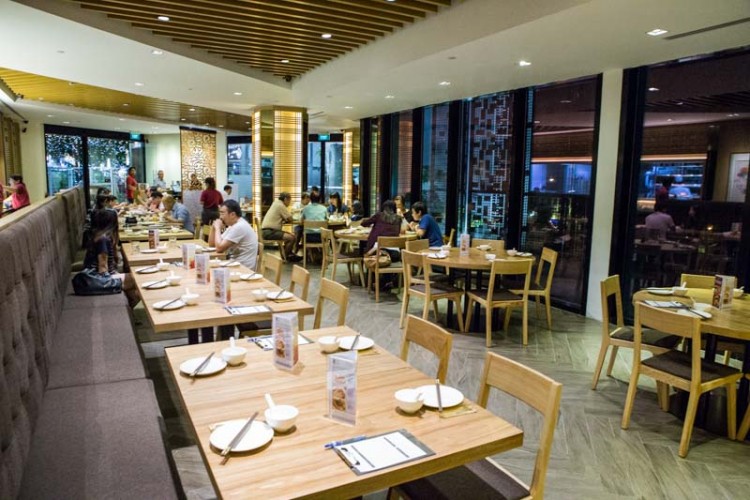 Located at HillV2 (a new mall within Hillview estate), the restaurant offers a spacious and comfortable setting with a zen-like minimalistic feel – think of it as an Asian interpretation of Swedish design. With floor to ceiling windows offering a picturesque view of the lush greenery of the surrounding area, it’s a tranquil and placid place for a meal in aircon comfort. Crispy Golden Lotus Root Chips ($8.80). A healthier alternative to the keropok (prawn crackers) served sometimes, the lotus root chips were crispy and sweet. Would have preferred the slices to be slightly thicker for more texture, but the thinness ensured its crispiness. 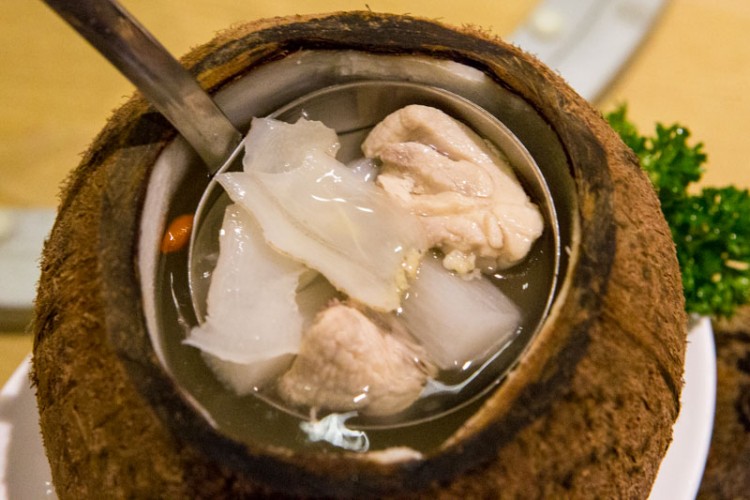 Chicken with Fresh Huai Shan and Wolfberry in Old Coconut Soup ($12.80). The epitome of Cantonese cooking is the myriad of soups and Joyden lives up to this expectation with a Foshan classic. The ingredients and various herbs are steamed over low heat for three hours in an old coconut, which exude a more mellow taste compared to young coconuts.  The end result is a light aromatic soup with a natural coconut sweetness. There’s a hint of umami with every mouthful – simply delightful! 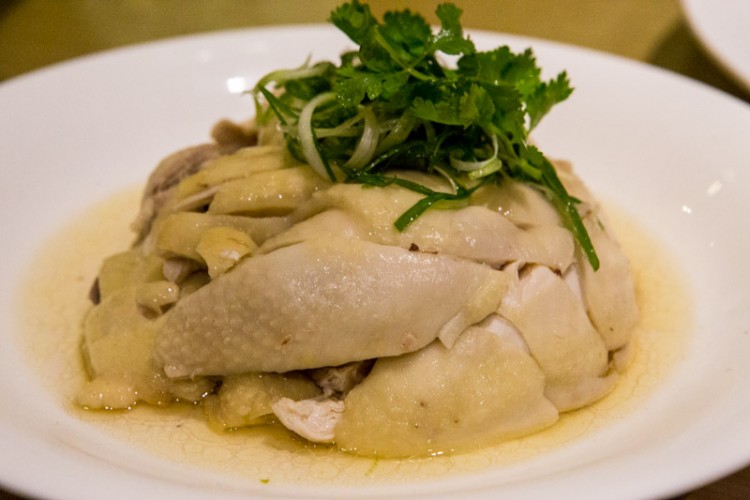 Signature Traditional Hakka Salt Poached Farm Chicken ($17). The entire kampong (free range) chicken is steeped in a salt and herbal stock to absorb the flavours before being served at room temperature with a secret-recipe ginger sauce. While it might be a kampong chicken, the meat was still very tender despite being leaner and no doubt less greasy. 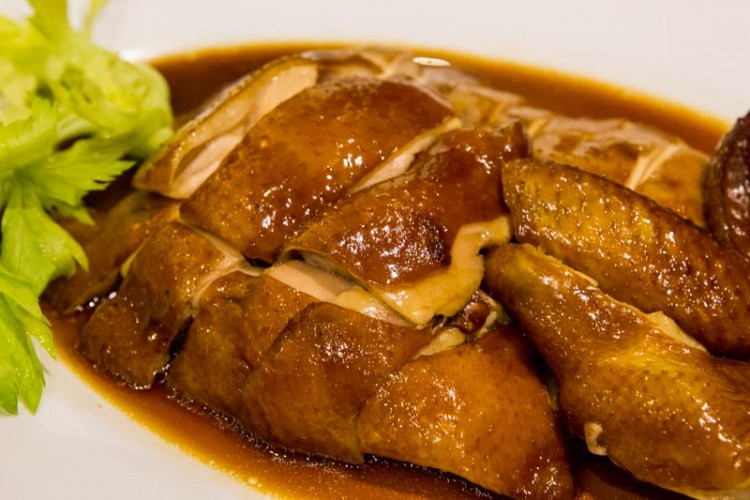 Joyden Signature Soy Sauce Chicken ($12/18/32). This is a definite must try dish. The chicken is steeped in a secret soy sauce recipe and herbs before being poached. The chicken skin was glistening and the meat was melt-in-the-mouth tender. Packs a more powerful punch than the salt poached chicken. 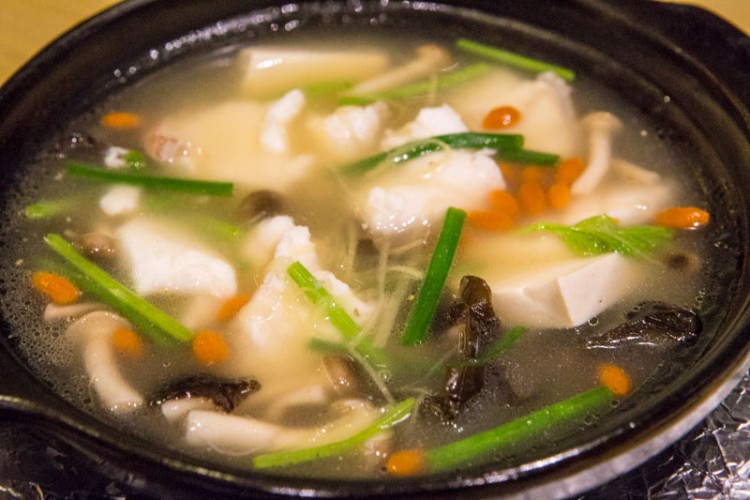 Signature Sliced Grouper Fillet with Pine Mushroom and Black Fungus in Rice Wine Broth ($17.80). A very comforting soup for the rainy season, the grouper slices were nice with a meaty texture. The rice wine added sweetness and depth to the slightly fishy broth. 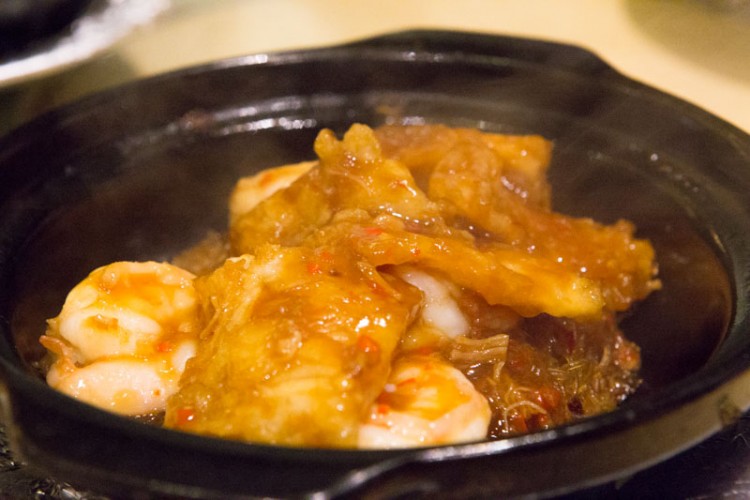 Fish Maw and Prawns with Glass Noodles in Homemade XO Sauce ($18.80).The star of this dish was neither the springy fish maw, the large fresh prawns, nor the “wok-hei” fragrance-infused glass noodles. Instead, it was the homemade XO sauce made with dried scallops and “jin hua” ham, making this dish sufficiently spicy and delicious. Signature Braised Homemade Beancurd Coin with Poached Shanghai Baby Cabbage ($14.80). The beancurd balls had a texture akin to fish cakes, firmer than the usual homemade tofus served in other restaurants. Served with a rich flavourful milky pork broth and juicy baby cabbage, this was a nutrient packed dish. Seth was glad that this dish didn’t taste like tofu at all. 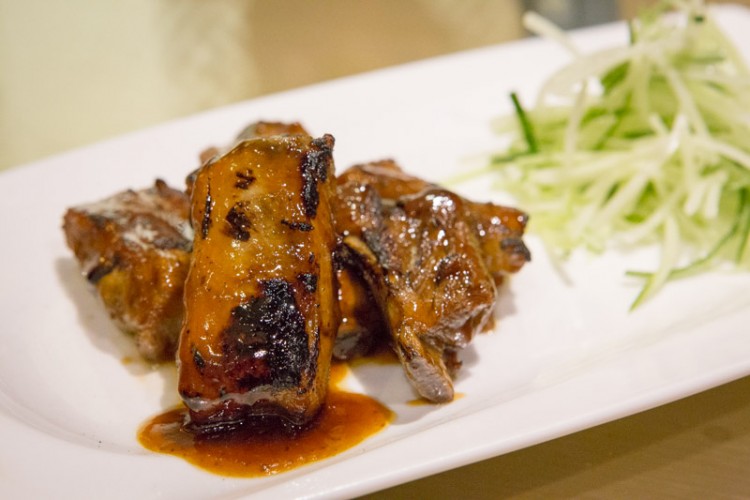 Braised Pork Ribs in Aged Mandarin Peel Sauce ($16.80). Not the usual beer/coffee infused ribs served at other restaurants, Joyden uses an aged mandarin peel sauce for a very different zesty musky taste. The rib is braised before being broiled resulting in meat that slides off the bones easily. 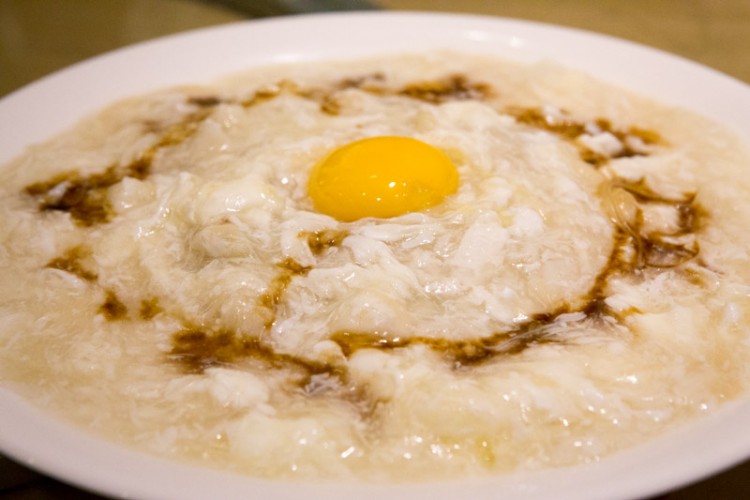 Signature Traditional Rice Vermicelli with Poached Egg White, Crabmeat and Scallop ($15.80). I always thought this dish hailed from Shanghai after having seen it on the menus of many Shanghainese eateries. The rice vermicelli is wok fried to achieve a “wok hei” fragrance before being tossed with crabmeat, fried scallops and conpoy for a comforting dish. 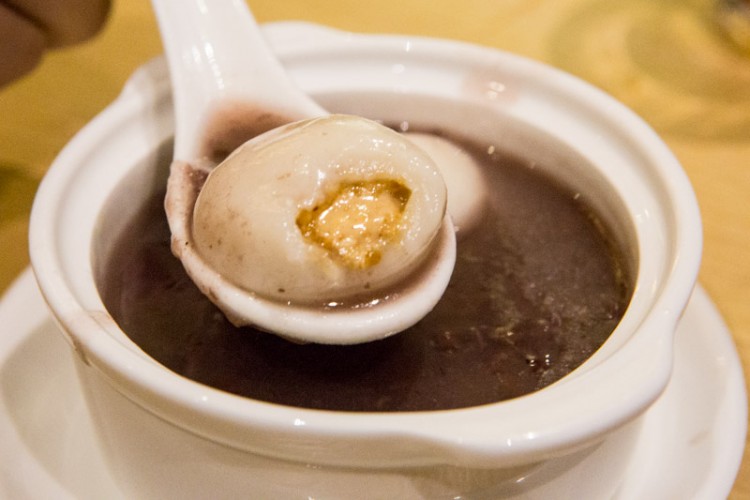 Red Bean Soup with Glutinous Rice Dumplings ($4.50). The red bean soup was not overly sweetened and the tangyuans (rice dumplings) were fairly large and generously filled with peanut sauce. Homemade Herbal Guilin Jelly ($4.50). The taste of this guilin jelly could well be considered to be very bitter for some but there’s always a little honey to balance out some of the bitterness. 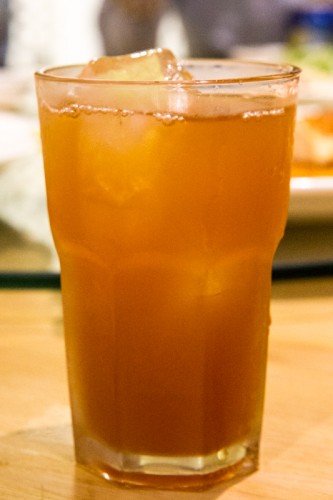 Homemade Hawthorne and Apple Drink ($4). Made with fresh ingredients, this drink aids in digestion and palate cleansing. It has a similar taste to the sour plum drink but is not as sweet.

With such impressive quality at very reasonable prices, Joyden Canton Kitchen certainly impresses, although its location might be a bit far in the west more accessible to cars than public transport. They also serve dim sum during the lunch hour as well.