A food trail is a great way to discover multiple dining experiences, where you can not only uncover new joints with like-minded folks but also learn a little along the way. 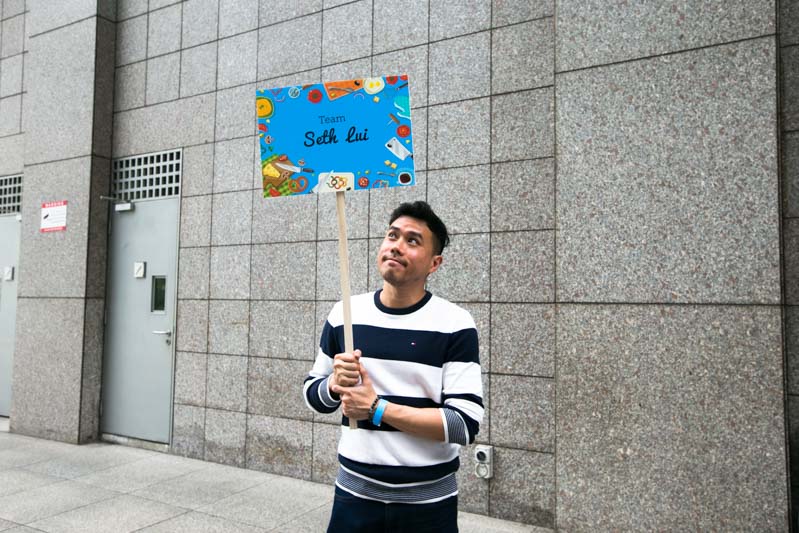 Just Food Vibes hosted by UE Square Shopping Mall on 27 April 2019 is one such food trail. On this food trail, we were split into two teams to savour all UE Square had to offer. The trail consisted of three delectable selections, from Japanese to Western cuisine, ensuring there was something for everybody. Rest assured, our bellies were nice and full at the end of the trail. 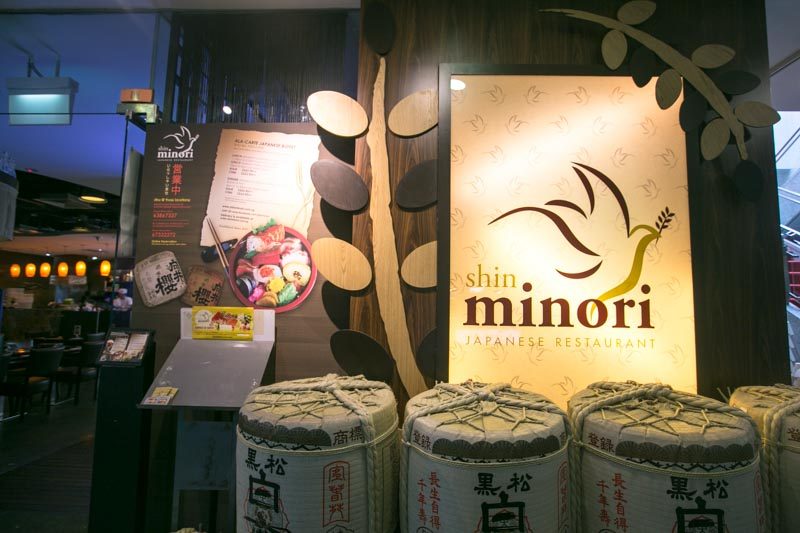 The feasting began at Shin Minori Japanese Restaurant, where they dish out an excellent Japanese buffet. Tucked away in a corner of UE Square, this little gem is probably UE Square’s best-kept secret. With an open sushi bar accentuated with gold hues, it was a casual and comfortable affair. 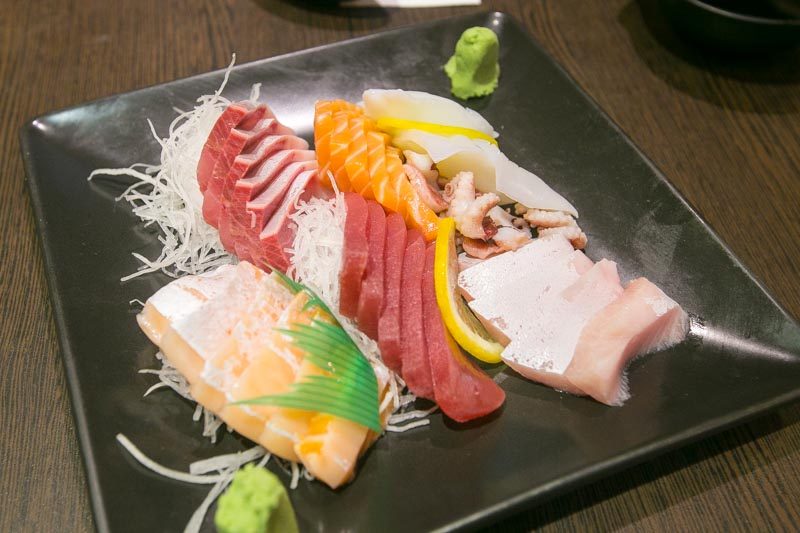 We started with the Sashimi Moriwase, which consisted of premium cuts of Salmon Belly, Salmon, Tuna, Swordfish and Octopus. The sashimi fanatic in me was grinning so hard, I thought my face was going to fall off. 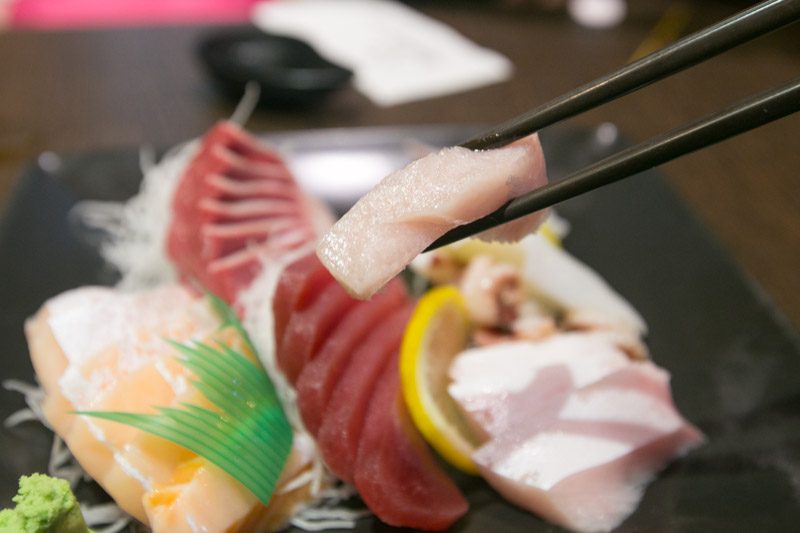 Shin Minori certainly does not skimp on the thickness of their cuts; each slice of sashimi was substantial and satisfying. I liked how the swordfish was milky and sweet. These premium cuts were very fresh which is always a huge brownie point. If you are a sashimi lover, this plate is a real dream. Following that superb plate of sashimi, we had the Tempura Moriwase, another hot favourite on their menu. 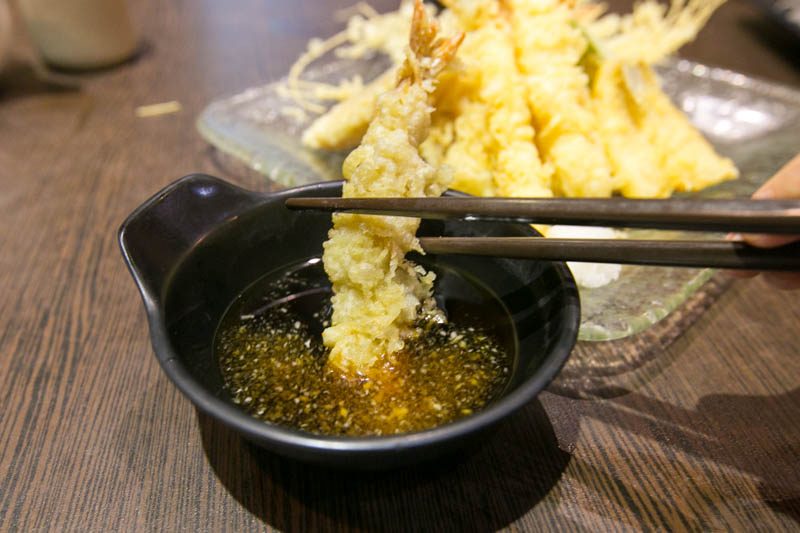 A light and crispy batter is the trademark for any good tempura and Shin Minori certainly did not fall short on that. 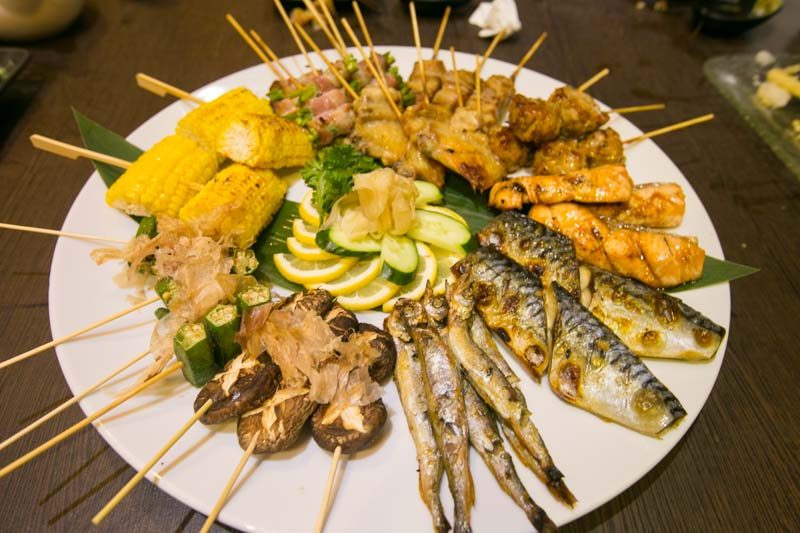 Another highlight during our time at Shin Minori was their Yakimono platter. This glorious plate featured a great selection of their grilled items. It was quite a sizeable plate and was great for sharing. If the raw stuff is not your thing, their cooked selection is pretty top-notch.

As the first stop on our Just Food Vibes Trail tour, I was thoroughly impressed with the quality of Japanese cuisine Shin Minori offered.

ChopeDeals: Save up to 50% at Shin Minori Japanese Restaurant > 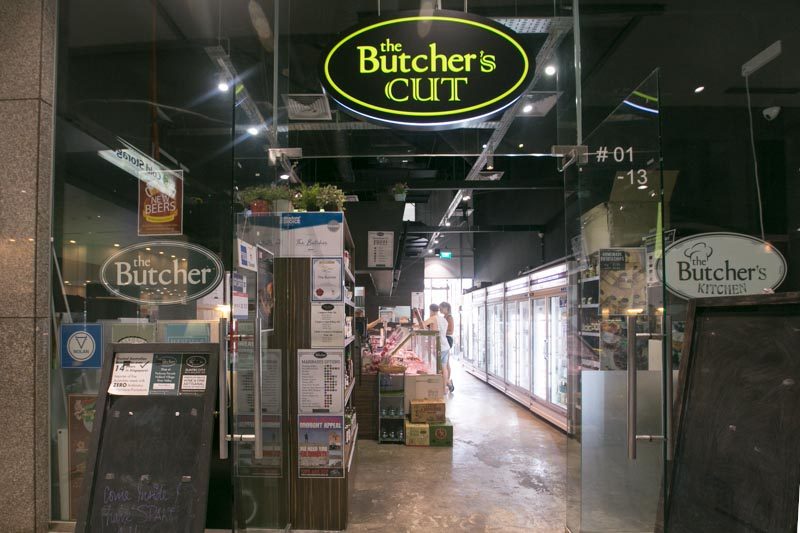 The next stop on our Just Food Vibes trail was The Butcher’s Cut. This is a bistro where you can purchase different cuts of meat from their extensive display and have a meal right there. Plus, The Butcher’s Cut also has an outdoor dining area where you can soak up some Vitamin D while sinking your teeth into their delectable meats. 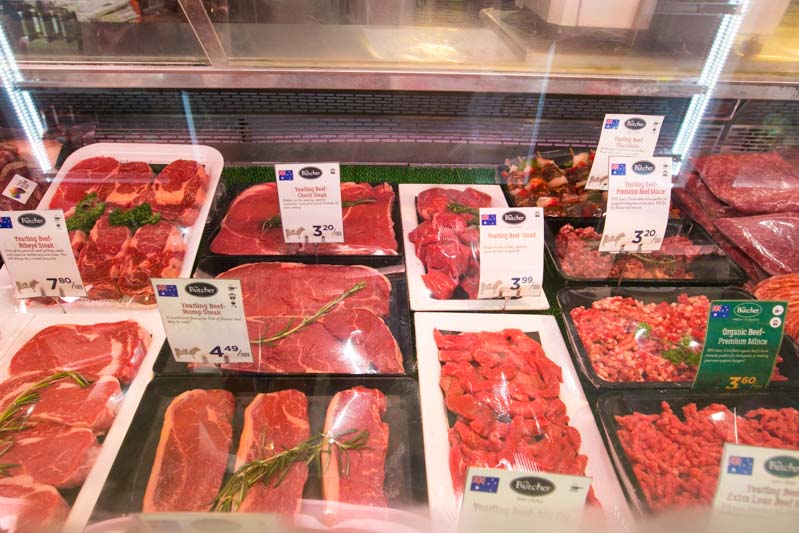 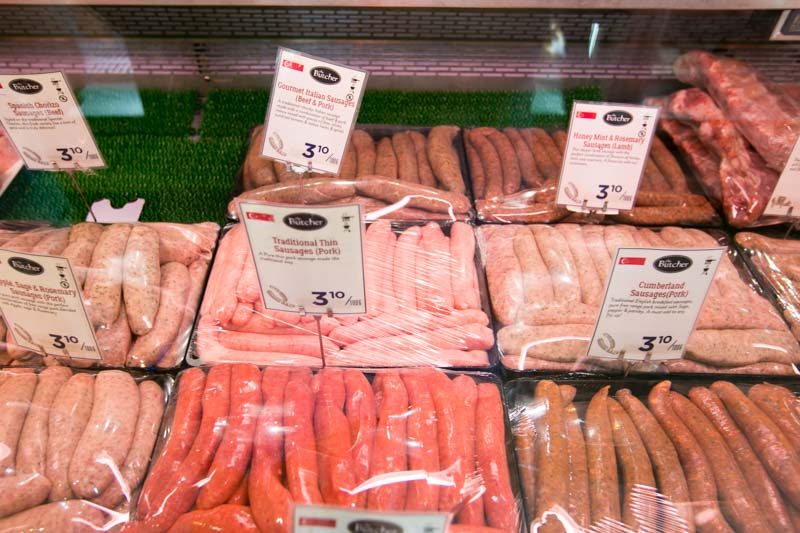 Here, you can find a fantastic selection of gourmet cuts of meat products from steaks to minced meat to sausages. I’d say it’s time to host a barbecue! As an added benefit, The Butcher’s Cut also offers free marination for any raw meat purchased in-store.

The Butcher’s Cut has a great selection of burgers, all which features their handmade buns. For the beef lovers out there, there is Signature Butcher’s Burger (S$15.80) which has a juicy beef patty and bacon strips. Or if you are feeling adventurous, you can try the Signature Pork Burger (S$7.80) that comes with blue cheese mayo. 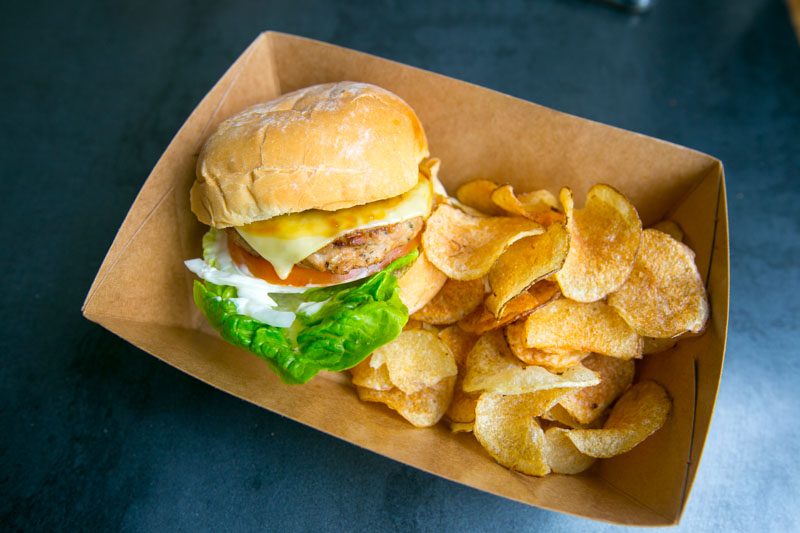 The Butcher’s Cut offered us the Chicky Burger (S$6.80) which came with a side of handmade The Butcher’s Original Chips. 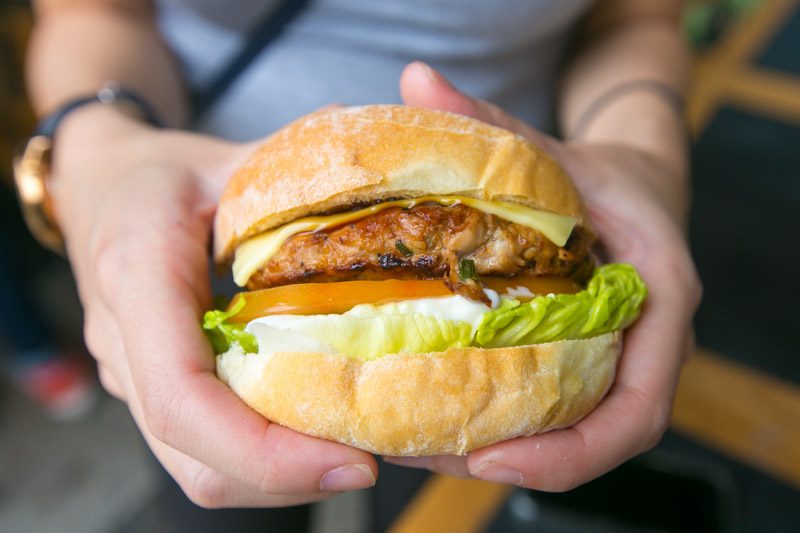 This hamburger consisted of a succulent chicken patty slathered with a good serving of teriyaki mayo sauce. They were then packed together with the usual suspects, like lettuce, tomatoes and cheese. 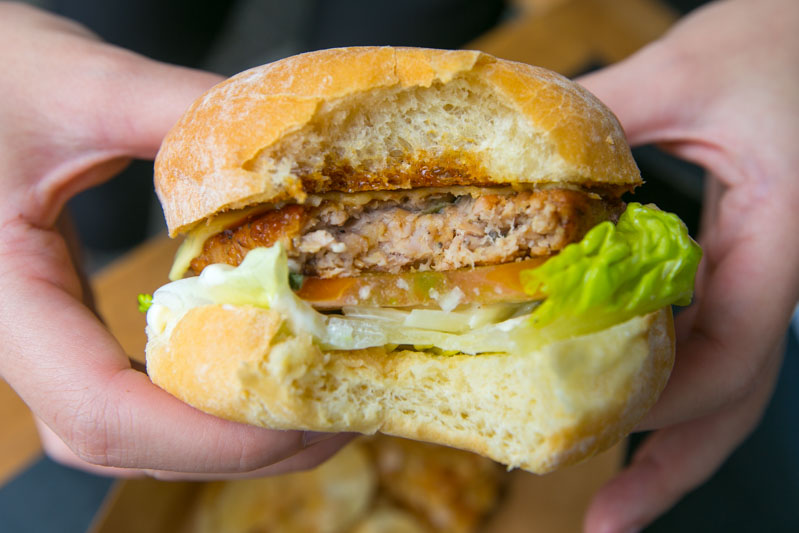 While I would have preferred the bun to be toasted, this was still a rather satisfying and hearty burger. The chicken patty was juicy and well-seasoned which the teriyaki mayo tied everything together quite nicely. Temple Cellars was the last stop on our eating expedition and probably one of the most educational of the bunch. Temple Cellars has Singapore’s widest craft selection of beers, ciders, sakes, wines and spirits. With a beautiful display of their speciality craft beers, wine and spirits, we were definitely spoilt for choice. Whether you are a beer purist or a gin aficionado, Temple Cellars has a drink to suit your inclinations. 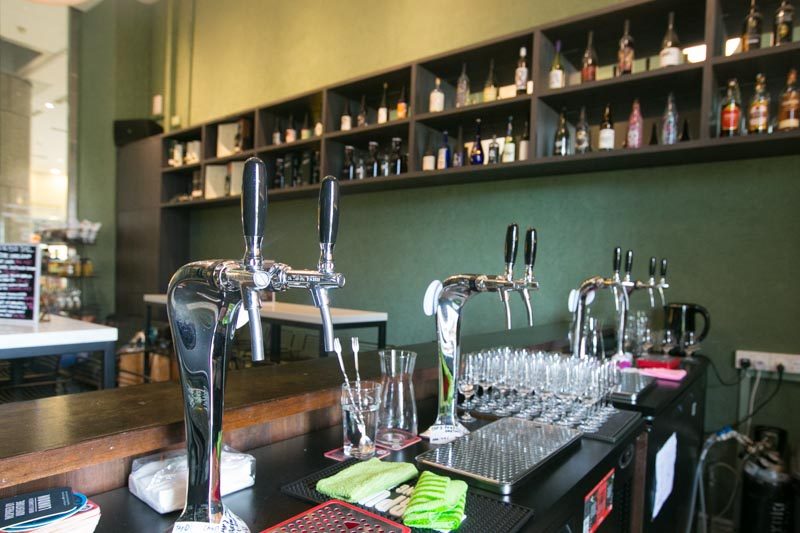 At Temple Cellars, you will find eight pristine taps of non-pasteurised draft beers at your disposal. Not to mention, their beers do rotate so you can always expect something new from time to time.

For those who are unfamiliar with what non-pasteurised craft beer is, this basically means the beer has not been treated with heat. This also means that the yeast and bacteria are still active and therefore the beer has to be kept chilled. For Temple Cellars, their draft beer starts from S$11 for half a pint (330ml) and S$16 for a US pint (473ml). While we sipping on the beers, we learned the main difference between ale and lager, as well as the different fermentation processes that result in different beers. 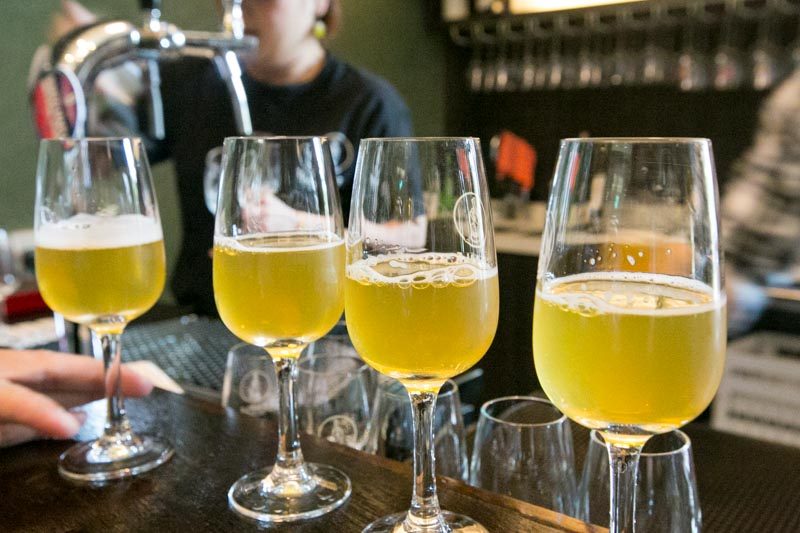 One of the beers we tried, for example — the Brewdog Quench Quake — was a kind of sour ale. Having never tried sour ale before, this was a whole new experience for me. There is a subtle tanginess to the beer and surprisingly I quite enjoyed this. I found it similar to white wine, a drink I normally gravitate towards. 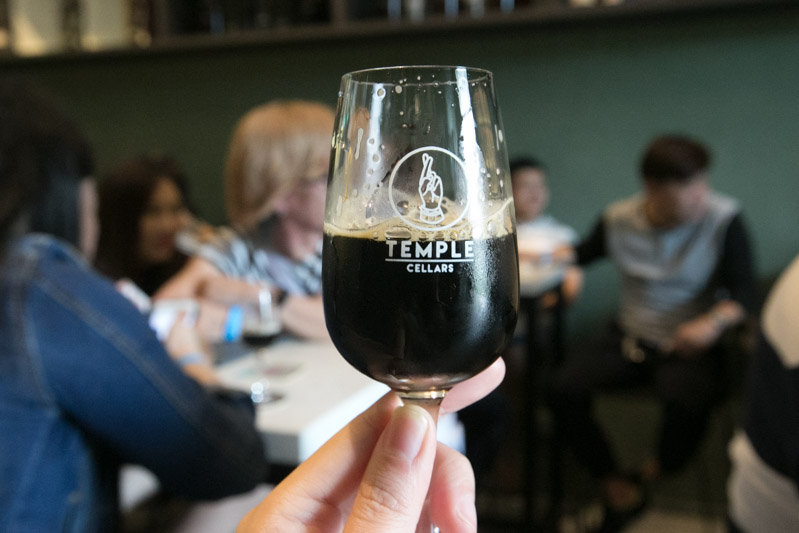 Another highlight from the selection is the Four Pure Baked Maple Imperial Stout. If you are not a stout drinker this might be a little heavy for you.

Unlike your normal ale or lager, stout is made by roasting the barley grains, which gives the beer that dark, coffee-like colour. Consequently, stout tastes like coffee too. This particular stout was interesting as maple syrup had been added to it. As a result, it might be a little sweet for some but still, one of the more unique selections out there.

Also, you’ll be glad to know that Temple Cellars has an online store as well so you can browse their extensive range anytime you like! 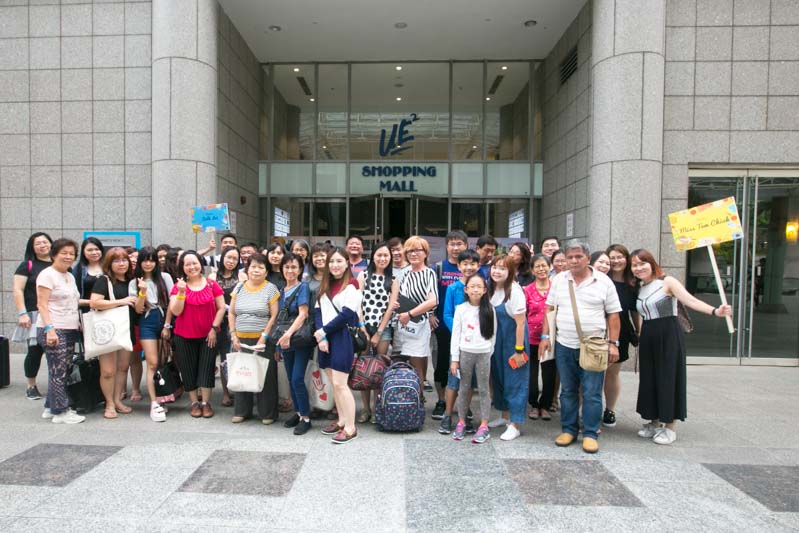 Just Food Vibes Food Trail was a fruitful experience for everyone involved. Not only were we well-fed, but we also discovered that UE Square has many fantastic dining options! Definitely keep your eyes peeled for future events held by UE Square by following their Facebook and Instagram pages.