I Bought McDonald’s Cheesy Loaded Fries So You Don’t Have To – This is What You Really Get.

So it’s been a couple of days since McDonald’s Singapore launched their Cheesy Loaded Fries ($4.20) on 7 Dec, and the public is shook at how different reality is from the glorious cheese flood that Xavier Lur showed in his twitter post.

It has since been clarified that the picture above by Xavier is the result of additional cheese sauce poured on to make it more flooded than Bishan MRT. It was also a media preview event with exceptionally generous staff. 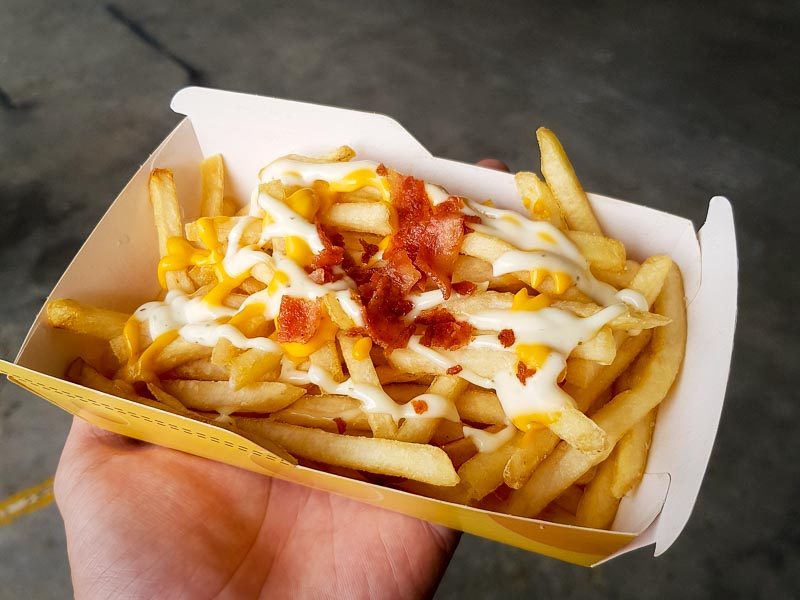 So what do you get by default? Heading to Toa Payoh SAFRA’s McDonalds, I bought a meal and topped-up $0.80 for the upgrade from boring fries to Cheesy Loaded Fries. An even drizzle of cheese and sour cream, as well as a pinch of chicken bacon bits makes this the most picture-worthy ‘real’ version of the Cheesy Loaded Fries I’ve seen online.

But looking past the superficial criss-cross of sauces, you’ll realize it’s hardly enough to coat every fry.  Is it worth $4.20 on its own? Probably not. After eating off the top layer of fries with cheese, this is what you get – barren fries with a dash of sour cream. I’d pick KFC’s jalapeno cheesy fries over McDonald’s plain nacho cheese any day. Comparing fry-to-fry though, macs still has the edge.

FYI, you can add more cheese for just $0.30 extra, although I doubt we’ll ever get the cheese-drenched haven that Xavier had in his photo with a single cheese top up. Perhaps a double portion of cheese add-on? 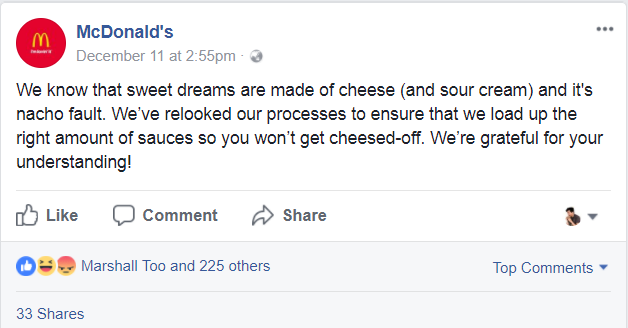 McDonald’s has since responded that they’ll up their game, but as of 13 Dec 2017 when I bought my fries I’m still pretty cheesed-off.