You know how you just crave something icy-cold when the weather gets unbearably hot? That was how we felt when we were on our way to Oriental Ice Bistro, located at 89 Rangoon Road. 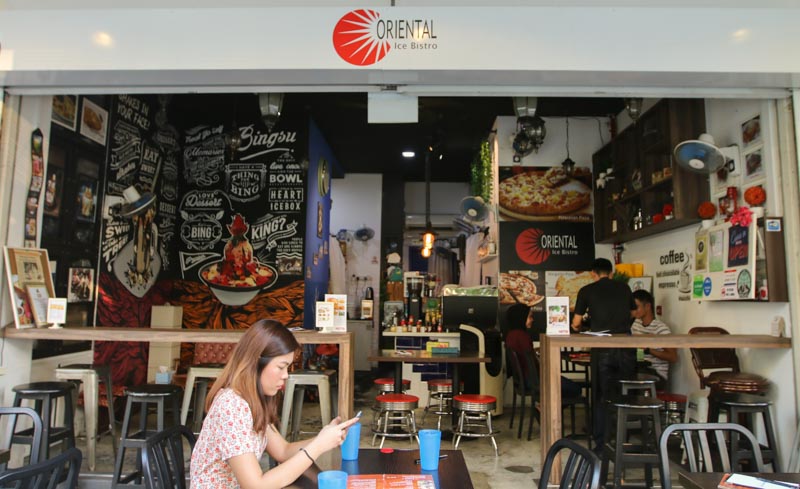 Thankfully, upon reaching the bistro, their XXL-sized bingsu was there to provide us with some respite from the heat. 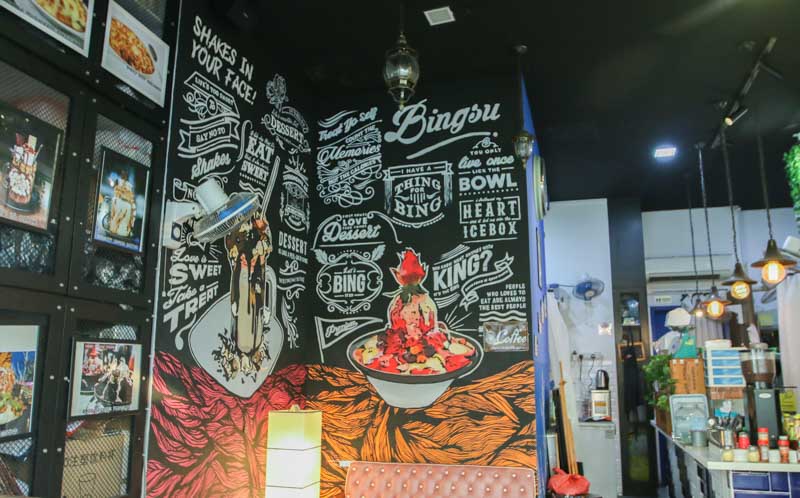 And while others end off their meals with dessert, we rounded off ours with a tummy-warming Baked Beef Macaroni (S$11.90).

As we waited for our orders to arrive, we took some time to soak in the bistro’s unique interior. 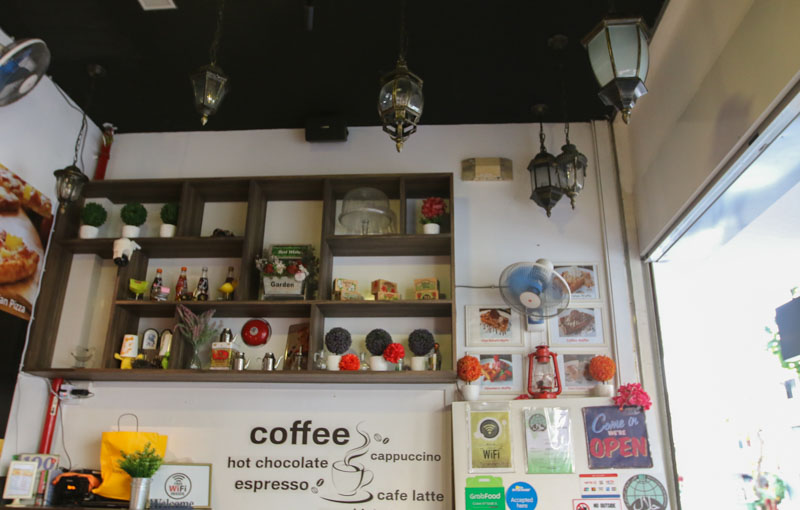 Unlike most bingsu places which you’d usually expect to be air-conditioned, Oriental Ice Bistro has an open-air concept with urban-themed decor and furniture. When the Overdose Bingsu (S$24.90) finally arrived, I was glad I had someone to attempt the humongous bowl of shaved ice with. With a race against time (or the melting ice), our first order of business was to get the milk all over the bingsu. And because we all know how messy that can get, we appreciated that the milk came packaged in syringes. 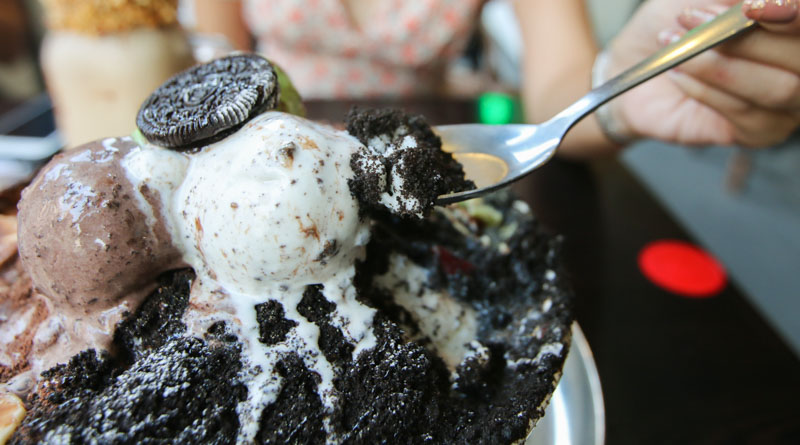 After all the rushing, we could finally dig in to the overwhelming portion of bingsu.

The cookies and cream ice cream reminded me of the kind that you get from the ice cream carts after school, and went well with the crunchy Oreo bits. 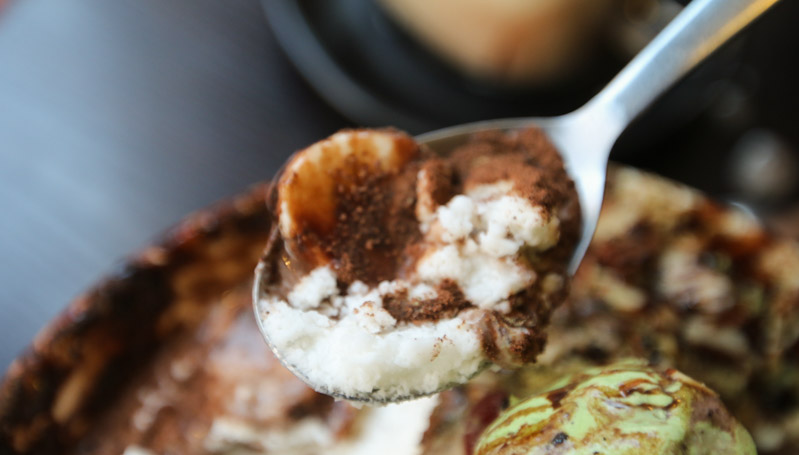 Overall, apart from the excitement of having a gigantic-sized bowl of shaved ice, I found the Overdose Bingsu (S$24.90) to be pretty ordinary-tasting except that you get to enjoy a combination of flavours at one go.

I suppose it is good for sharing with two to three friends and is fairly cheaper than getting individual portions that we most likely can’t finish. 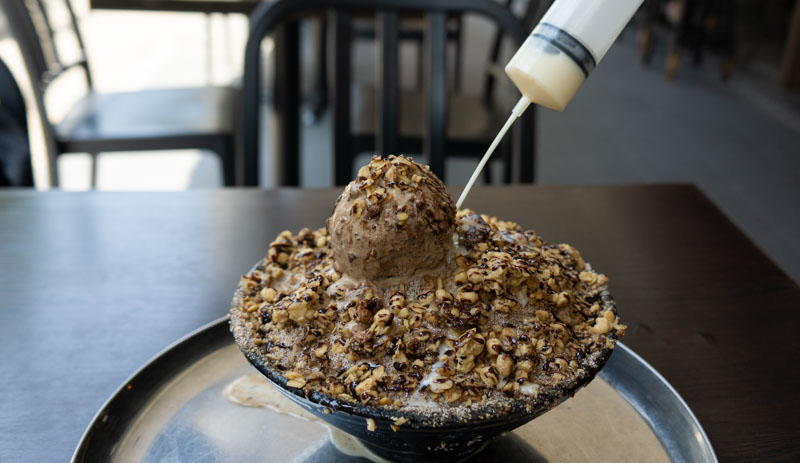 As a coffee lover, I was actually more excited for the Coffee Awakening Bingsu (S$15.90), because I had yet to try my favourite beverage in the form of a bingsu. 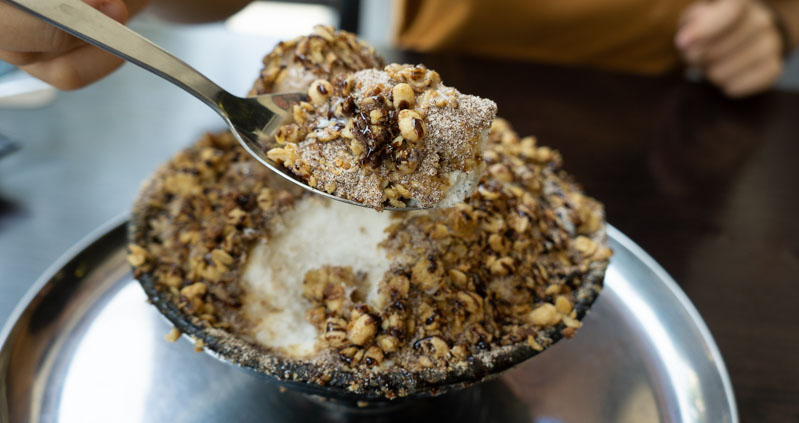 After going through the usual routine of pouring the milk and getting that Instagram boomerang shot, I dug into the coffee-flavoured bingsu and was not disappointed.

Even though the mocha chip ice cream did not have as strong of a coffee flavour I would have liked, there was still a slight hint of espresso as well as sweetness from the chocolate.

With each spoonful of crunchy granola toppings, ice cream and shaved ice, it felt like I was biting into one of those nostalgic nut-coated ice cream on a stick that you can find at mama shops. 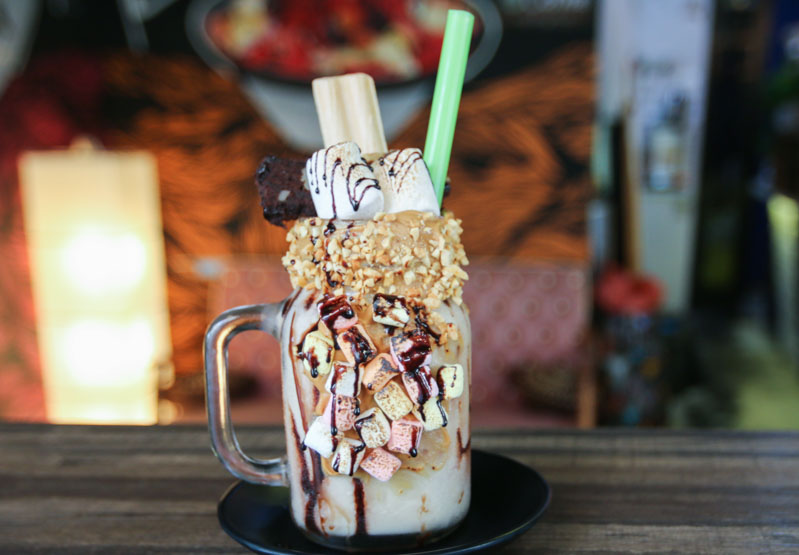 Even though at this point we had long passed our limit for sugar intake, we had to give their Naughty Cookie Butter Shake (S$12.90) a try. It comes with a peanut butter shake, topped with vanilla ice cream, brownies, wafer, nuts and marshmallows.

I appreciated that the milkshake was on the thinner side and was fairly easy to drink through the straw, but I found the peanut butter flavour to be quite watered-down. It would have tasted better if it was thicker and more concentrated. I thought the marshmallows added a nice pop of colour to the otherwise dull-looking drink, but they were almost too tough to bite into. The slice of brownie was slightly bland, and was not as sweet, chewy and sticky as I would have liked it to be.

Overall, their peanut butter shake was a tad lacking in terms of flavour and texture. It was such a pity since I was initially really excited to try the shake. 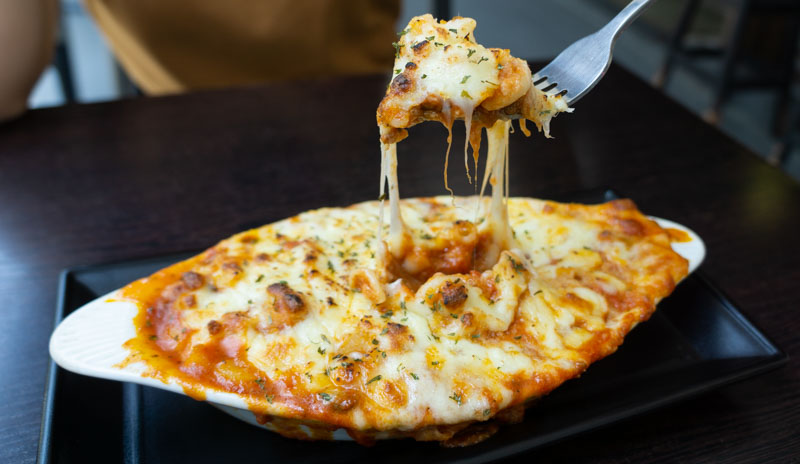 After filling our stomachs with cold desserts, it was time to warm up with a piping hot Baked Beef Macaroni (S$11.90).

Even though the portion looks slightly small, it actually feeds two people quite adequately. The cheese was stringy and chewy without being tough, and melted in our mouths nicely. The charred areas from baking also added a nice smokiness to the cheese.

The macaroni was soft, and when eaten with the cheese made for a simple but comforting meal. The minced beef was also fairly tender but still had a bite to it. I also liked that the tomato sauce and chunks added a nice sweetness and acidity that helped to cut through the cheesiness of the dish.

Overall, this was a nice heartwarming dish to round up our visit at Oriental Ice Bistro.

While we came for the XXL-sized bingsu, I left with the Coffee Awakening Bingsu and Baked Beef Macaroni lingering fondly in my mind.

If I was in the Rangoon Road area, I wouldn’t mind having a nice lunch catch-up with my friends over bingsu and perhaps we could try out some of the other mains too.