Wan Hao welcomes your reunion dinner celebrations here with their Prosperity Set Menu and their perennial Lunar New Year top favourites.  I’ve had the opportunity to try some selected dishes from their new set menus and Lunar New Year favourites. 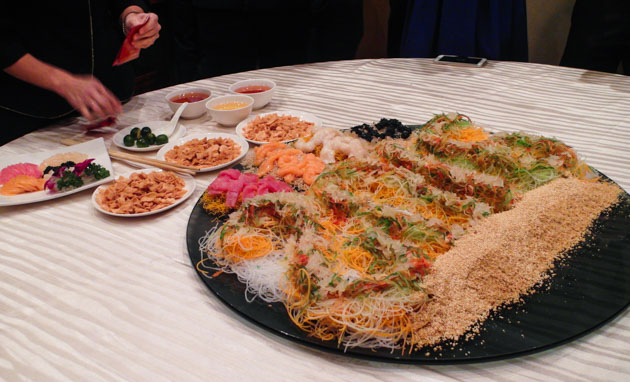 Obviously what’s Chinese New Year without the boisterous tradition of lou hei-ing? So the gargantuan yusheng platter coupled with fact that it has Salmon, Scallop, Caviar, Tuna and Lobster in it made it a very expensive and fancy Lou Hei indeed.

Wan Hao’s Salmon, Scallop, Caviar, Tuna and Lobster Yu Sheng was extremely fresh. It definitely did not have a single whiff of artificiality which one might associate with cheaper Yu Sheng.

The shreds of cucumber, carrots and radish were juicy and crunchy while the seafood was as if it just came from the sea. The Yu Sheng was also topped with fried beancurd skin chips on top of the usual pillow crackers, giving the whole dish an extra crunch.

Not usually a fan of yu shengs, I found myself reasonably satisfied by this one (I swear it isn’t just because of the expensive seafood). We were next presented with a giant pot of Wan Hao’s Deluxe Peng Cai with Pig Trotter ($1388). This size is catered to feed a table of 10, with exactly 10 prawns and 10 huuuuge abalones.

The braised broth was rich and deeply flavourful as you’d expect peng cais to be from the hours of cooking. What sets this apart is the freshness of their ingredients – the prawns, sea cucumber, abalone etc. The Pork trotters were also tender and juicy. Wok-fried Beef Cubes with Black Garlic Sauce smelt cloyingly sweet and dark. The beef was lean yet tender enough, looking beautifully blushed in its centre. The sauce was distinctly chinese yet the preparation of the beef lends western twist.

A wonderful new dish from Wan Hao’s new executive chef Wong that I thoroughly enjoyed. The Wok-fried Beef Cubes with Black Garlic Sauce is only available as an A La Carte order at $38. 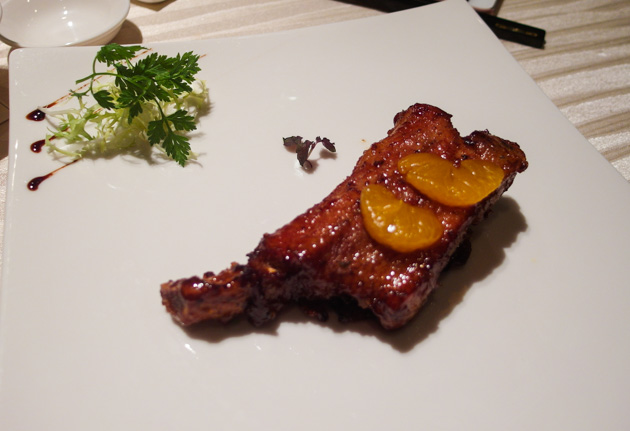 Another of the chef’s new creation – Pork Ribs with Mandarin Orange ($15 per pax)– is also only available for A La Carte.  These juicy sweet ribs were a crowd-pleaser but it soon became a tad bit too arduous to eat.

The meat was tough to cut through initially – practically everyone was sawing at their plates. However, the meat inside was tender, balanced out by succulent fats.

It was also well-marinated, absorbing sufficient Mandarin Orange marinate that coats your tongue with every bite, which was satisfying since many rib dishes have a problem of being too bland. 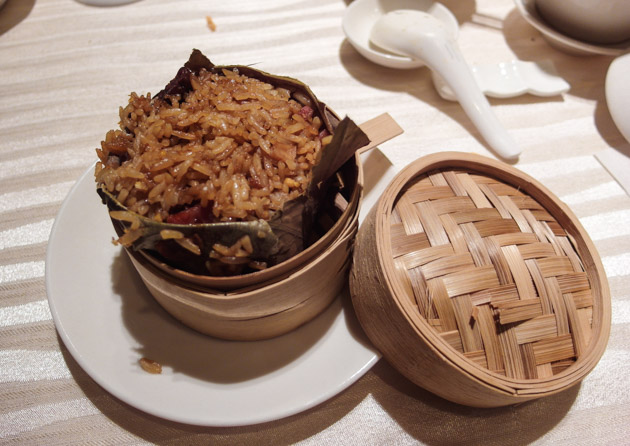 When it comes to Chinese course meals, we usually dread when the main carbohydrate dish comes. This however, was not dreadful. The Glutinous Rice with Preserved Meat and Taro in Lotus leaf was really fragrant.

Serving them in smaller portions in a petite dim sum rack was an intelligent move as they probably understood that by the 5th course, everyone would be pretty stuffed already. Though the rice smelt great, it was not seasoned evenly, with few mouthfuls of rice more flavourful than others. 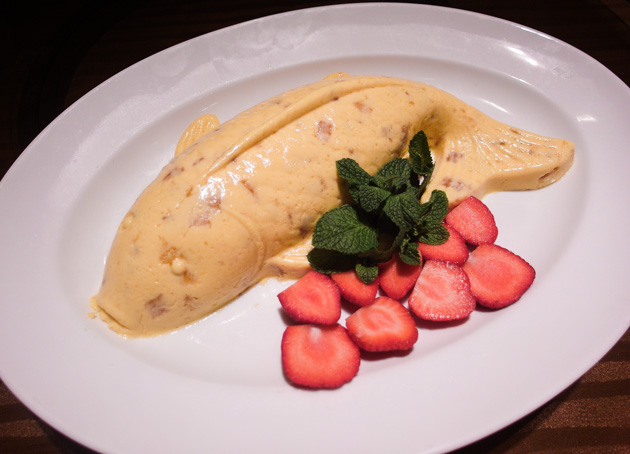 Yes that is Mango Pudding in the shape of a Koi Fish. Feels a bit like a waste to eat doesn’t it? Aesthetically novel, gastronomically… average. Apart from being able to feel actual mango chunks, it tasted like the regular mango puddings we get anywhere else.

Maybe if you add enough carnation milk it’ll swim to the realm of better taste? This dessert didn’t end the course with a bang but was decent enough.

Not much surprises at Wan Hao, the new additions to their ala carte menu are decent but the CNY menu isn’t that much to rave about.