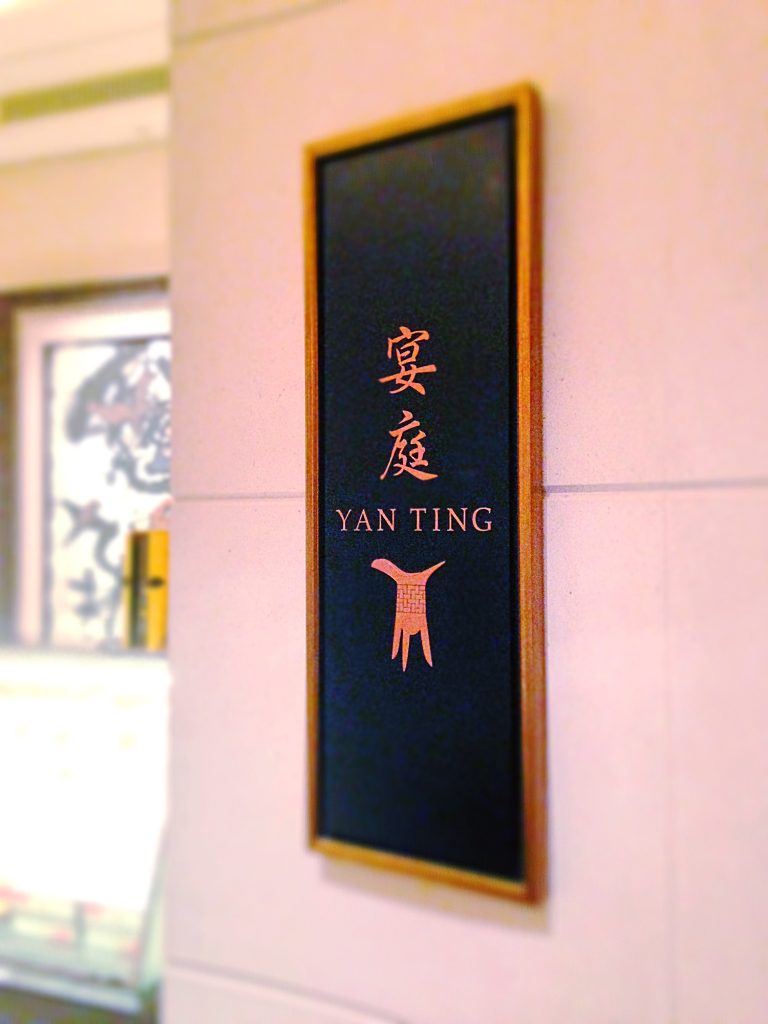 Just like the French restaurant Brasserie Les Saveurs located below in the same hotel, Yan Ting positions themselves as a premium restaurant fit for Kings and Queens. Fittingly, you’ll also need to have an imperial treasury if you want to dine here. A lavish setup yet distinctively Chinese from the round sharing tables and white table cloth, Yan Ting pays a lot of attention to having grand art pieces all around the restaurant. There are also more private dining sections and private rooms if you prefer not to be seen at the common peasants dining hall.

We were invited to do a arranged menu tasting of Yan Ting Restaurant’s Chinese New Year 2014 dishes, including a selection of set menu as well as a la carte items. 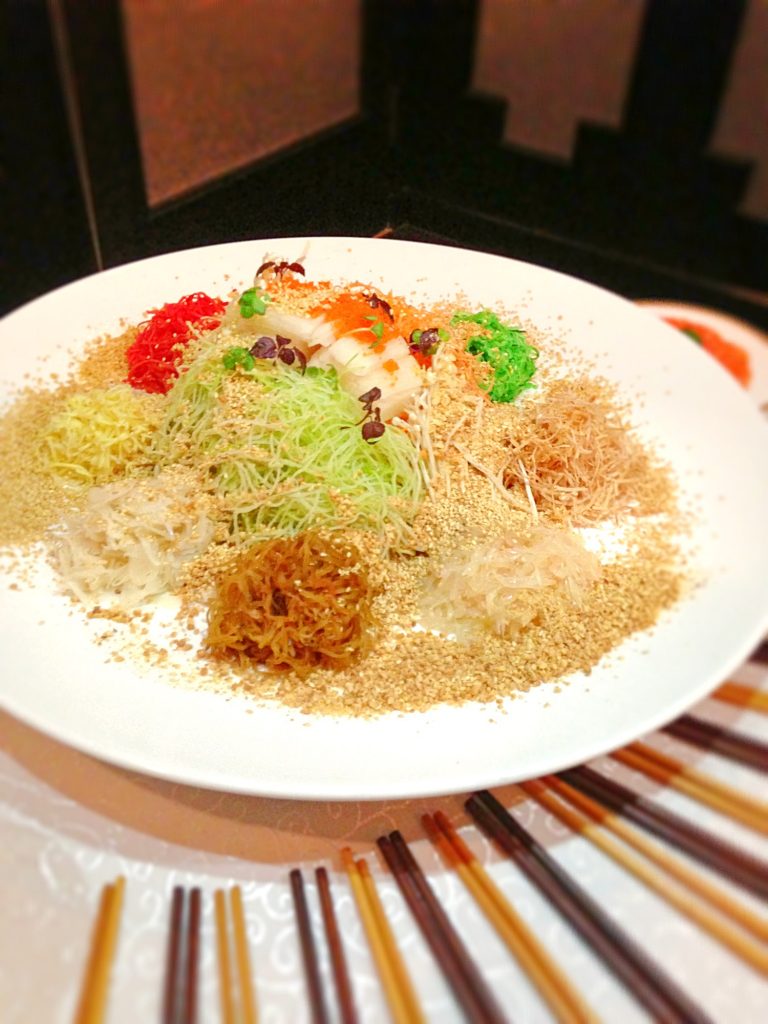 Prosperity Yu Sheng with Norwegian Salmon ($48/$88). It has become Singapore Chinese tradition now to start off Chinese New Year with Yu Sheng (鱼生) to ‘welcome’ prosperity and fortune into our lives. Although it was odd for me to be eating Yu Sheng in December when the tasting was held, tossing Yu Sheng is always mad fun.

To the non-Chinese, the act of eating Yu Sheng might seem like a pagan ritual to summon the devil. There’s a whole process of blessing the Yu Sheng ingredients, pouring in the condiments with a lucky chant, then mayhem begins with a whole lot of shouting, pulling the ingredients up high and generally making a mess of the food. Then we eat whatever’s left on the table that didn’t fall to the floor. 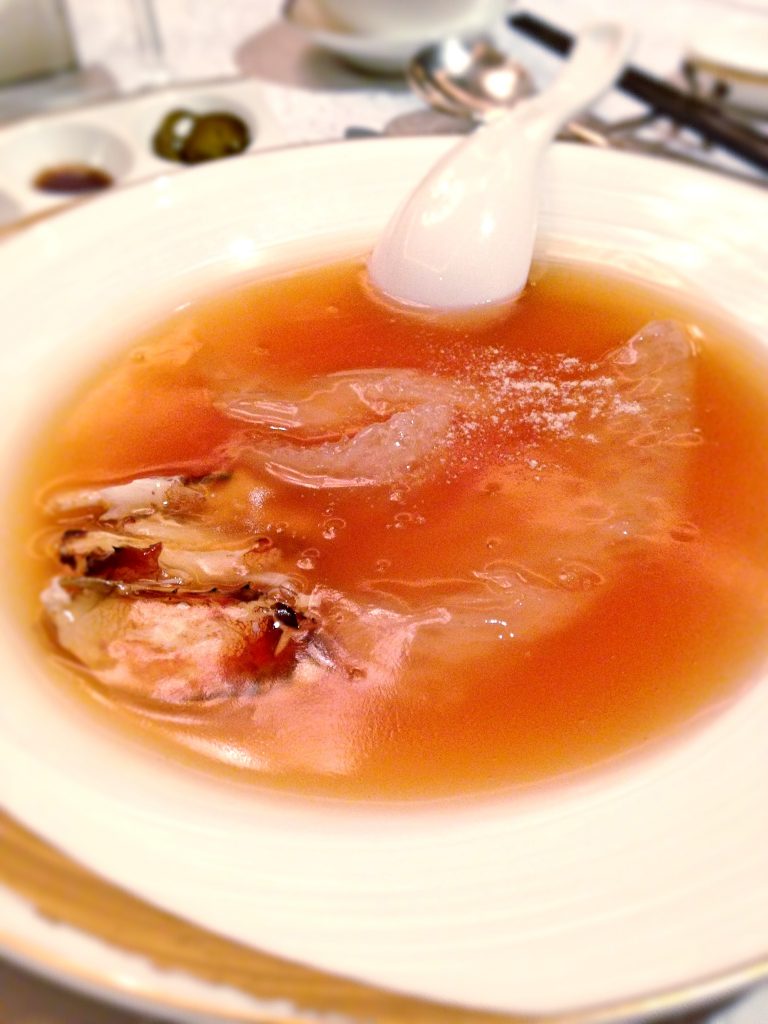 Braised Superior Bird’s Nest Broth with Crab Meat ($78). There is a growing trend of restaurants discarding traditional Shark’s fin off their menu and going with a more sustainable dish in its place. Yan Ting’s choice is to replace Shark’s Fin with Bird’s Nest, which has pretty close semblance in strand-like, gelatine texture. In fact, Bird’s Nest has a softer texture.

A very rich broth with ample amounts of crab and chunks of bird’s nest, there is an underlying clean sweetness to the soup. A simple, rich man’s dish. 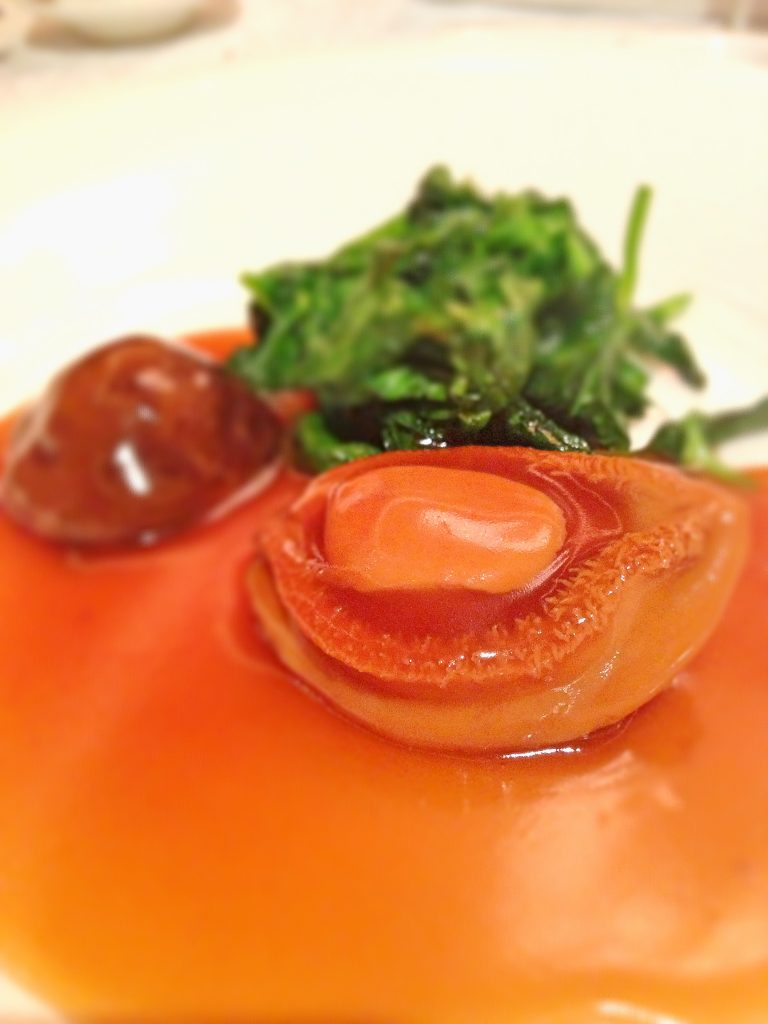 Braised Whole 5-Head African Abalone with Seasonal Greens ($52). From my understanding, the term ‘5-head’ pretty much means this was a huge a$$ abalone, while lesser head implies a punier size. The more heads the better.

This has to be one of the most tender and soft Abalone I’ve ever tasted. Usually it’s really hard to cook Abalone due to its tough and thick nature, but Yan Ting has done an exceptional job. You must try this if you hit 4D. 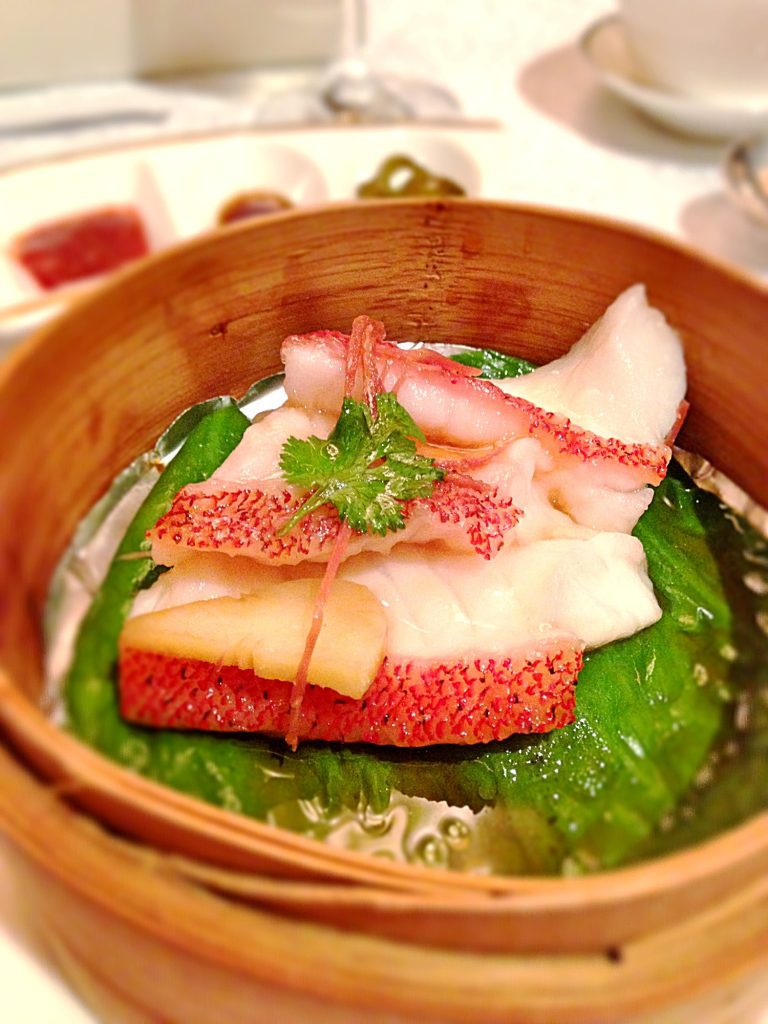 Hong Kong-Style Steamed Coral Trout (Part of set menu, no a la carte). A straight-forward steamed fish with soy sauce and ginger, the trout texture was soft and a little more gooey yet still fragrant. A healthy dish recommended for elders who have high cholestrol during CNY dinner. Prosperity Oyster with Moss and Conpoy ($42). Huge meaty oysters and scallops that went well with the vegetables and ‘fat choy’ black moss. The oysters had heavy umami taste, but lacked some sweetness to balance it. Also, by now I’m getting a bit bored of braised sauce dishes. Baked Rack of Lamb with Chef’s Signature Coffee Glaze (part of set menu, no a la carte). This dish is very similar to the typical coffee pork ribs, but uses lamb rack instead. Meat was very tender and the coffee glaze completely masked any remaining gamey lamb taste. The sweet, glaze fried vegetables were also a little crunchy and adds more fun to the dish. Braised Ee-Fu Noodles with Seafood in XO Sauce (part of set menu, no a la carte). The last main course of any Chinese set course menu is always a heavy carbohydrate dish to ensure everyone has difficulty running away from the restaurant without paying.

I’m usually not a fan of Ee-fu noodles due to the insane amounts of noodles used in proportion to ingredients, but Yan Ting’s version is REALLY good. There wasn’t as much noodles to meat ratio, and the XO sauce was superbly executed with generous amounts of seafood morsels. Fragrant Home-Made Almond Tea with Hashima & Glutinous Rice Cake (part of set menu, no a la carte). If there was one dish I disliked at this tasting, it was the Almond Tea. The flavour was really dull and seemed to lack almond flavour as well as sugar. The Hashima also doesn’t have much natural taste on its own, so I’m a bit lost with the direction the Chef was going. And it disturbs me that  almond flavoured foods don’t even taste like actual almonds.

All in all a very traditional and symbolic dinner prepared with skill and consideration, which is what you can expect in the Yan Ting Chinese New Year Set menus.