I’ve been invited to a tasting of Park Palace’s Chinese New Year Menu for 2014, the year of the horse, along with Derrick of sgfoodonfoot.com by the very friendly team of Grand Park Hotel’s PR people. There was probably one PR executive to each blogger that was here for this second session in January. Strength in numbers! 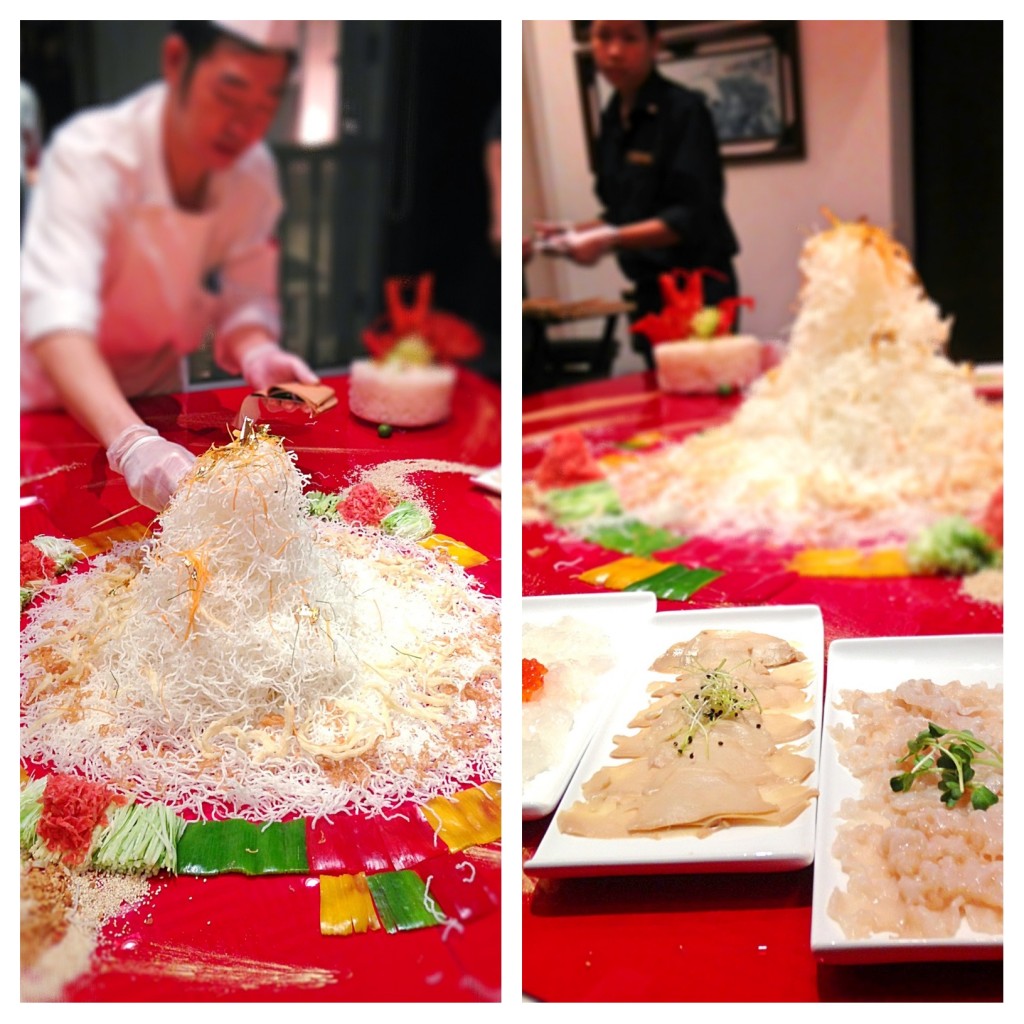 The signature Imperial Five Treasures Shun De Yu Sheng. The five treasures are Abalone, Lobster, Geoduck Clam, Salmon and Hamachi. The unique part about this Yu Sheng is the use of fried vermicelli as the staple instead of radish, and the sauce- a savory sauce made of peanut oil and soya sauce.

Quite an interesting taste, departing from the usual plum sauce, the fried vermicelli also provides that crispy contrast to the soft raw fishes available. As a whole, the noodles, fish and sauce compliment each other really well. But perhaps I’m just a nostalgic guy and still prefer the sweet sauce used in traditional Yu Sheng, more for the memories of Chinese tradition. At first deviating from tradition, now here’s a dish that everyone is very familiar with during Chinese celebrations. Imperial Whole Roasted Suckling Pig. 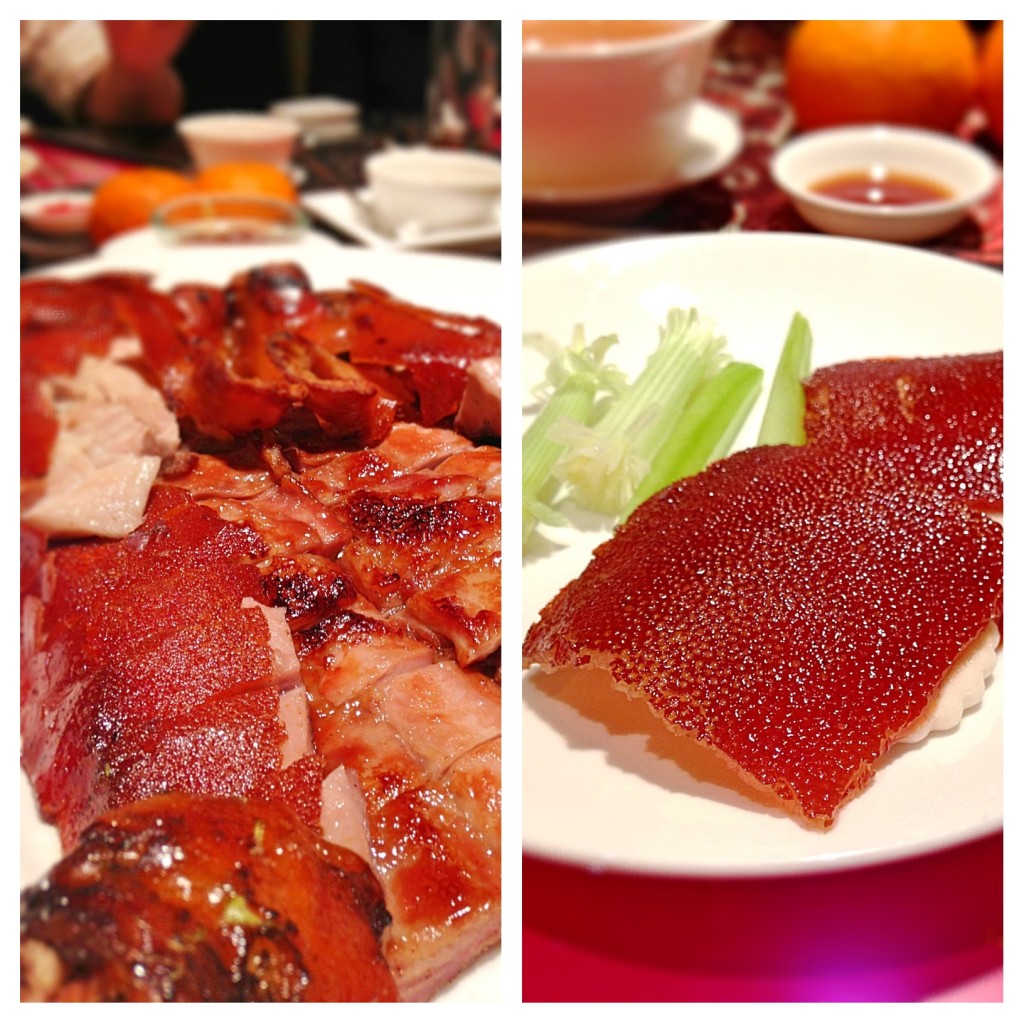 Right: The suckling pig’s skin is sliced thin and placed on a piece of soft mantou bun. To be accompanied with cucumber, the crispy skin is like Peking Duck but the Pork version. Extremely crispy skin that goes well with the man tou bun, and a refreshing cucumber julienne to take away the heavy taste of fat and oil.

Left: The remaining meat is served chopped up and oven-baked with lemongrass. I found it a tad oily, and taste starts to get repetitive after awhile from the mass amount of pork meat. Perhaps the lemongrass was a bit lacking to overcome this jelat taste. Double Boiled Pot of Fortune with Superior Shark’s fin, Chicken and Wanton. A milky broth more like a chicken soup, that was precisely the reason I liked it. The chicken bones were probably boiled till they disintegrated, making it so milky in color and flavorful. The shark’s fin strands serve to add texture, but frankly don’t provide taste. 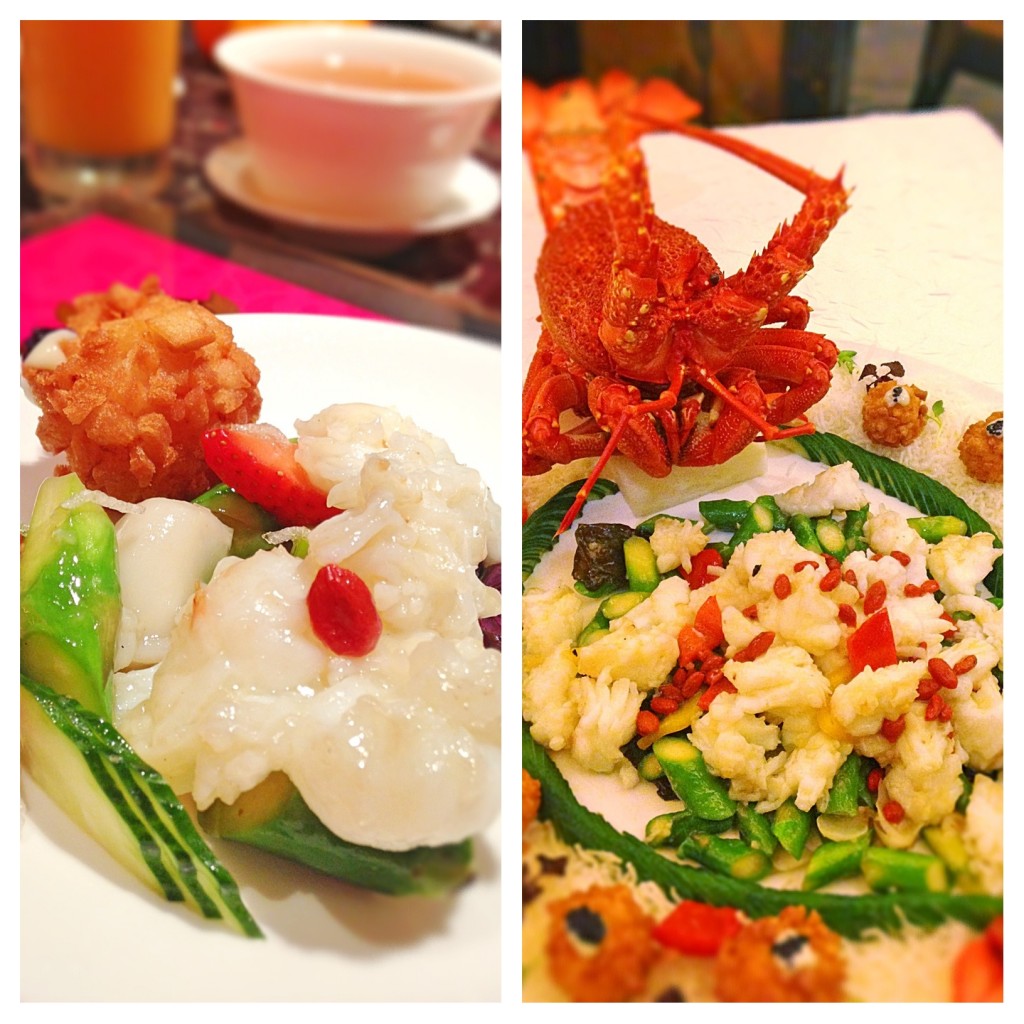 Fried Durian Prawns of Happiness and Abundance. This is a dish not in the Park Palace Chinese New Year menus, but rather a buffet item available at Grand Park Orchard – Open House restaurant. A light durian taste, I’m not quite sure seafood and durian are complimentary flavors.

I like both ingredients separately, but not so much together as durian is also succinctly sweet, similar in profile to the crispy prawn flesh. I’m pretty indifferent about this. 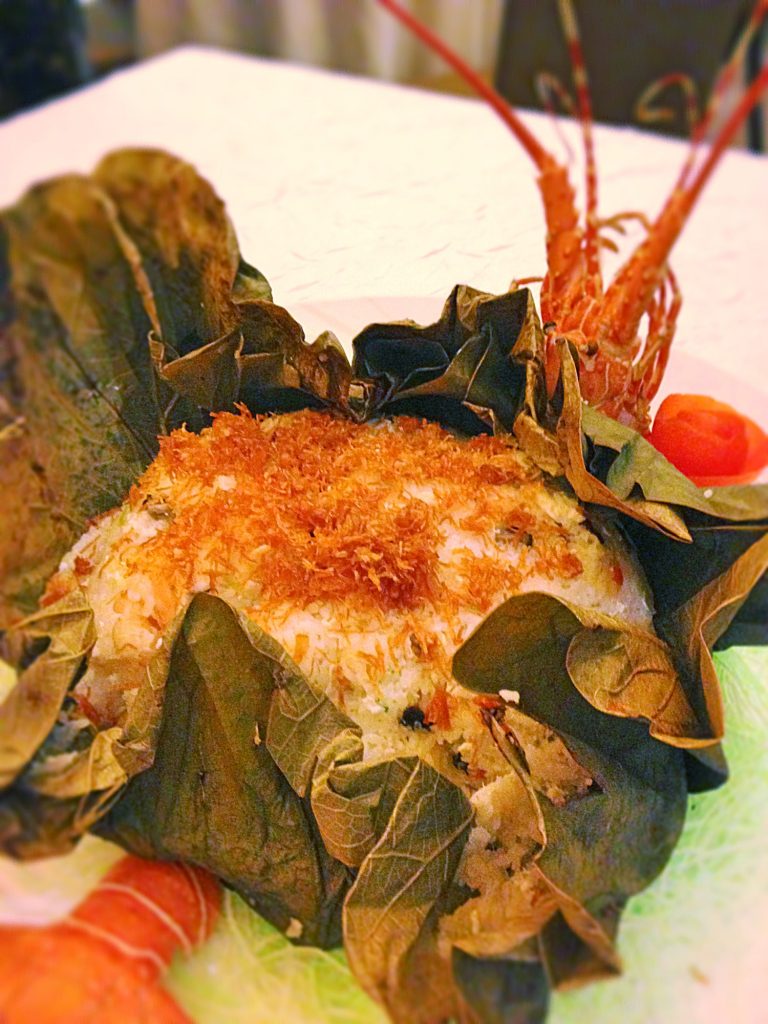 By this dish I was already pretty full but forced a spoon down my throat. Fragrant glutinous rice, with a clean simple taste not overly complex. Excellent to fill up your tummy and make sure everyone is 10 kg heavier after Chinese New Year. The chilled apricot I have mixed feelings on; the canned preserved taste was quite prominent in the soup, and you either love it or hate it. 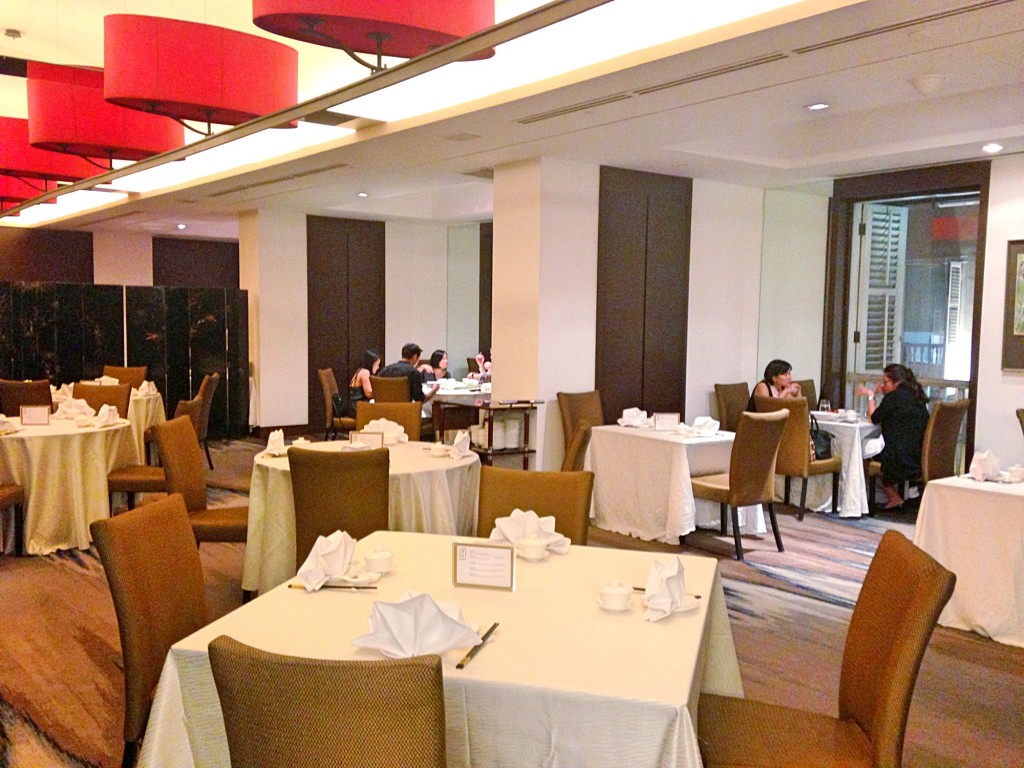 Overall quite a pleasant Chinese New year menu, with tradition as well as small reinterpretation of ingredients that make it more interesting. The interior is clean and pretty spacious so you don’t eavesdrop on the other table.