It’s no secret that the planet is in a dire state; we don’t have long before the sobering world of Snowpiercer becomes our reality. While consuming plant-based milk is not a cure-all for the world’s raging environmental problems, it’s a step. Now that we want to take a step towards consuming plant-based milk, where should we start? You can find many grocery store options, from almond milk, soy milk, coconut milk, to the ever-popular oat milk.

Tree-hugging agenda aside, my lactose-intolerant soul swears by oat milk, while these non-dairy kinds of milk do lessen the pressure on the dairy industry, they certainly aren’t created equal. This brilliant video by TED explains that amongst all plant-based milk, oat milk and soy milk are the most environmentally sustainable. Although soy milk has been an alternative to plant-based milk for a long time, there are some controversies with the crop, but that’s a whole other monster on its own. For now, we shall compare different types of oat milk available on the market. The contenders this time are Oatly, Minor Figures, Otis Oat Milk, and Oatside.

As a highly scientific and analytical individual (haha), we shall be looking at how they taste by themselves and how they fare with coffee. I used the same Nespresso pod for each and roughly the same amount of milk for fairness.

Disclaimer: Oatside’s review was done on a different day hence, the change of scenery (and cup). Adorable pun aside, you’d be surprised that the Swedish brand started in the 1990s. So, it’s been around the block. The company has a patented enzyme technology that copies nature’s process and turns fibre rich oats into nutritional liquid food perfectly designed for humans. They have since grown from their signature Oat Drink to Oatgurt and even, Oatly flavoured ice cream.

You’ve got to love the marketing whizzes that designed the Oatly container. It’s cute, eye-catching, and has tons of main character vibes. For this showdown, I used the Oat Drink (Original) (S$6.85) that was readily available in the supermarket. Oatly has other versions of their milk, such as the Oat Drink Barista Edition (S$7.20) or the Oat Drink Organic (S$6.90), but for me, the original is good enough. On its own, Oatly makes for a pretty good milk replacement. It’s creamy, smooth and has a slight oat-like quality without being too ‘healthy tasting’. The consistency is a little thinner than regular milk and also has a slight flaxen tinge to it. Now, for the coffee, Oatly is widely loved and for good reason. Its rich and almost-buttery texture makes it an excellent substitute for cow’s milk. Your coffee takes on a much lighter body with the oat flavour peeking through at the end, so you still get to taste your coffee— all in all, a good milk replacement and dairy alternative.

But is it enough to get out of being ‘cancelled’ to win this showdown? As a brand, Minor Figures is a lot younger than Oatly, but has amassed quite the cult following. This London-based brand is quirky and promises to make coffee-drinking even more bougie than it already is. Besides, how can anyone possibly resist a carton featuring a duck costume-wearing chick sipping on her own cup of coffee? You can find Minor Figures at your favourite too-cool-for-school coffee joint, or my favourite bulk bin store, Scoop Whole Foods.

A brand made for the serious coffee drinker, Minor Figures promises to complement coffee and doesn’t split even in the lightest of roasts. Not to mention, it’s supposed to have the perfect micro-foam when steamed. As someone who worships at the altar of Oatly, I was curious to see how Minor Figures measured up. 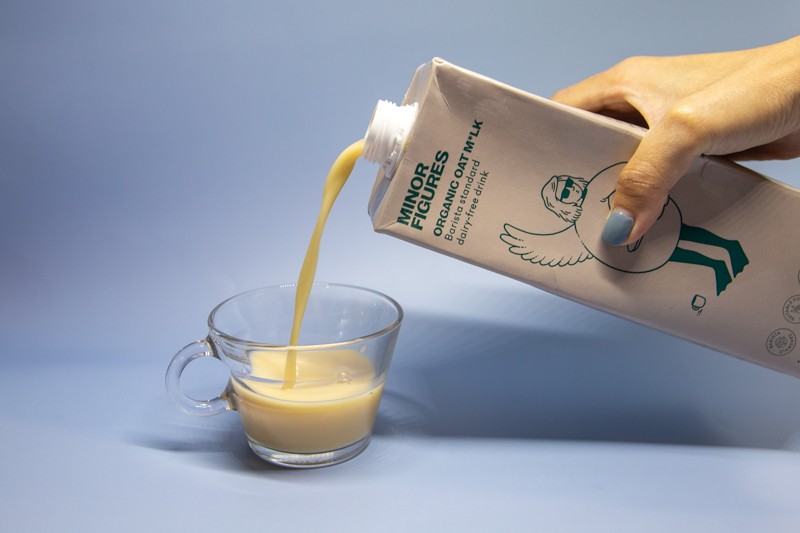 Alright, I see why Minor Figures markets themselves as a barista kind of milk. By itself, Minor Figures oat milk is not very tasty. The milk’s consistency is just a couple of notches above oat water. Although it was sweet, I couldn’t detect any oat-like flavour. I wouldn’t recommend drinking Minor Figures neat at all. Things took on a different turn when I added a pod of Nespresso. Unlike Oatly, Minor Figures takes a complete backseat in your cup of coffee. You get the creaminess and silky texture of a latte but with a more pronounced coffee flavour. The less discerning coffee drinker might find it challenging to ascertain what kind of milk this was made with. Now, for a trip to where hobbits abound and a kiwi can be both a fruit and a flightless bird. Otis Oat Milk is one of the lesser known brands that have joined Oatly and Minor Figures in the oat milk ring. As a trendy oat milk brand, the carton is decked out in millennial-friendly colours and promises to do better for the environment.

Hailing from New Zealand, Otis Everyday Oat Milk (S$6.70) is precisely what it says it is, but made with oats that are sown in New Zealand instead. Apparently, New Zealand’s rich soil, abundant rainfall, and the right amount of sun produces the world’s best oats. I know, what a cute little factoid for you. From the moment the seed is drilled into the ground to when it’s harvested, milled and made into oat milk, it never touches a human hand. According to their website, at least. I do like my oat milk as fresh as I can get, so this was definitely a plus for me. The colour of the smoothest soya bean curd, it seems like Otis oats are different indeed. The milk is velvety smooth and comes with a pronounced almond or soy milk-like flavour.

Otis Oat Milk is markedly different from the first two titans in the market. On its own, Otis Oat Milk has the most distinct taste that wouldn’t be hard to pick out of a line-up. I reckon that if you enjoy drinking milk, Otis Oat Milk would be the best choice. 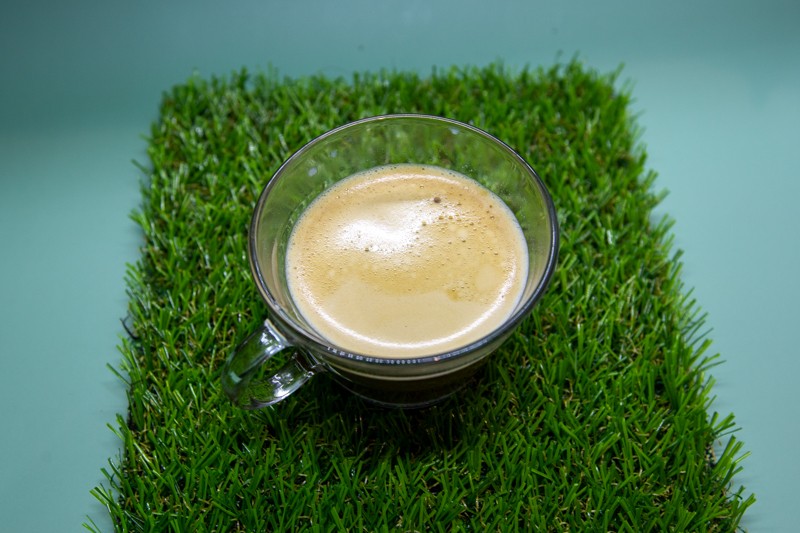 Since Otis Oat Milk is so strong on its own, you can clearly taste it when used with coffee. There is a slightly heated competition between Otis and the coffee in my cuppa. It’s a personal preference, but I do like my milk to be a little less loud when I’m sipping on my latte.

The last addition to the lineup is OATSIDE— new plant-based milk made from Oats. Launched in Singapore in February, OATSIDE is a new contender from Bandung, Indonesia, that has cut out all the nasties with a focus on sourcing the highest-quality ingredients, and is halal-certified. Say goodbye to artificial flavours, gums, emulsifiers, preservatives and colouring.

As it is made from Australian oats, OATSIDE also contains beta-glucans— which is good for heart health, reduces cholesterol and boosts immunity, and is low in saturated fats. Interestingly enough, the production of sources from Rainforest-Alliance certified ingredients, uses recyclable paperboard packaging, and produces 70% fewer emissions as compared to cow’s milk! I’m a creature of habit, but I was excited to try this new oat milk. The OATSIDE Barista Blend is heavily-bodied, different from the other kinds of oat milk I’ve tasted. The milk is also smooth and comes with an off-white colour paired with a subtle hint of soy milk-like flavour. On its own, it gives off a dairy-like aftertaste, which was a pleasant surprise. Like Otis Oat Milk, if you enjoy drinking milk, OATSIDE would be next in line.

I love how it has a subtle milky finish and, although not a huge caffeine drinker, it made me enjoy my cup of Joe. I do have to highlight, the creaminess gave body to my cuppa, but also took a back seat for the coffee in my latte to enjoy the centre stage.

For this showdown, I’ll crown the winner based on how they fare as drinking milk and in a cup of coffee. *Drumroll, please* I think we’ll have to give it to OG, and it’s Oatly. Oatly is the perfect all-rounder that can serve as a pretty good drinking milk and milk substitute in coffee or any other drink. I know Minor Figures stans are screaming right now, but before you string me up by the sustainably-sourced hemp rope, I think it’s good to consider the purpose of buying oat milk.

If you’d like it with your coffee, then Minor Figures would be the best. For drinking it alone, Otis and OATSIDE will do very well. Either way, choosing to drink plant-based milk is kinder to the planet, and isn’t that inherently a good thing?