I’m a huge fan of xiao long bao. There’s just something about how the little dumplings burst in my mouth that makes them so addictive. I’m unashamed to say that I can down two to three small baskets by myself, if given the chance. 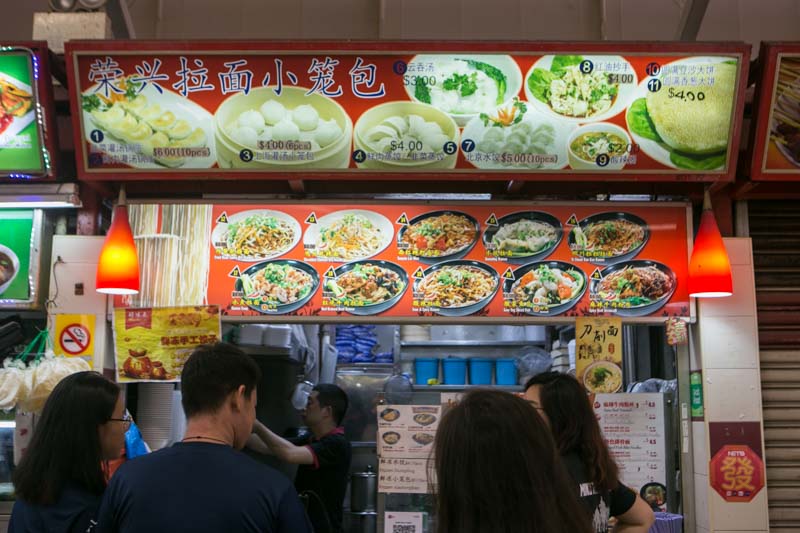 This stall is run by folks from China, so you can expect authentic Chinese dishes like guo tie (pan-fried dumplings), xiao long bao, braised beef noodles, sichuan noodles, and more. 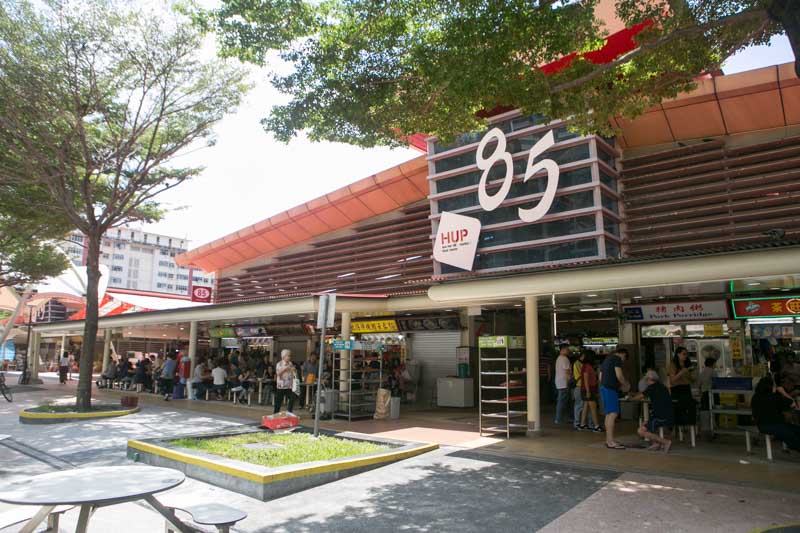 This was my first time visiting Redhill Food Centre, but I was already pretty impressed by the variety of stalls in the hawker centre. Not to mention, there were snaking queues at multiple stalls too. 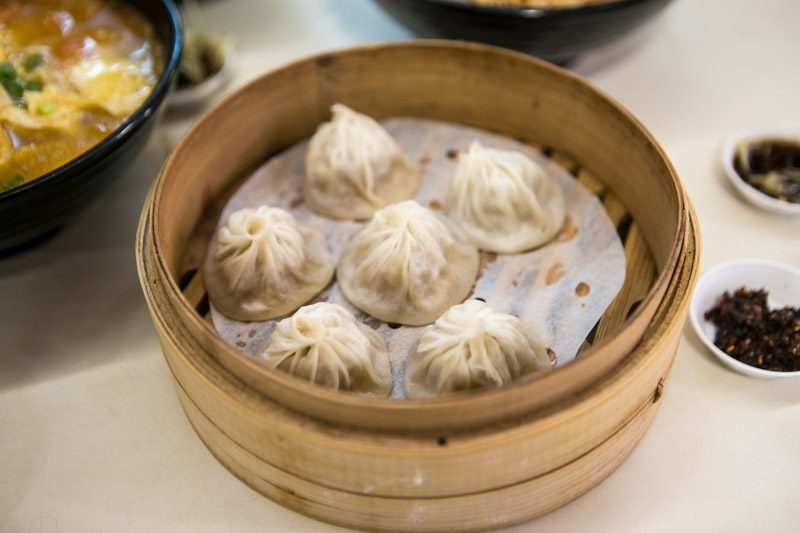 The Shang Hai Xiao Long Bao (S$4) came in a small basket of six, but I was pleasantly surprised to see that the xiao long baos were decently-sized.

Each dumpling fit nicely on my spoon and the skin was translucent to the point that I could see the little pools of broth within. 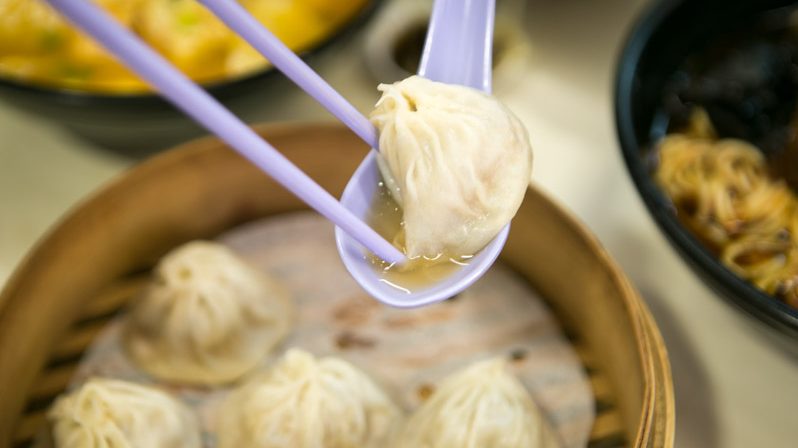 Here’s a public service announcement on how to eat a xiao long bao properly. 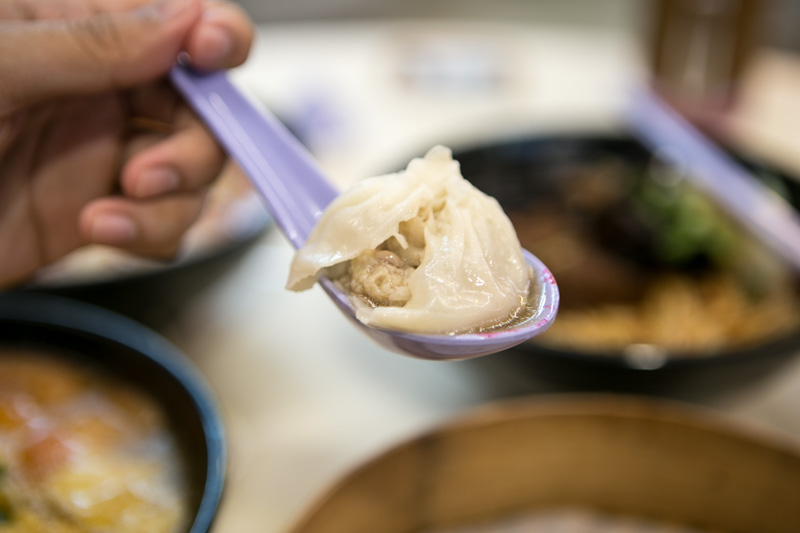 These xiao long baos were absolutely fantastic. I could immediately tell that the broth was different. It was sweeter, oddly like wonton soup, but it was still full-bodied and flavourful from the lean pork meat.

The skin was supple and thin, and I barely even noticed it as I ate my xiao long bao in one mouthful. More importantly, the pork was tasty and flavourful, and I appreciated that it wasn’t overly salty.

Each mouthful had just the right balance of sweetness (from the broth) and savoury flavour (from the pork), which made it all the more delicious. 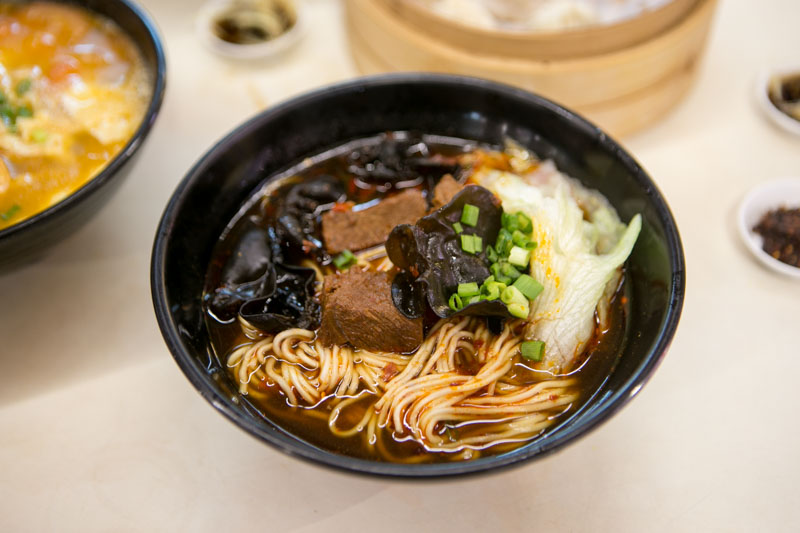 The Braised Beef Noodles (S$4.50) came with a pile of la mian, cubes of braised beef, large leaves of lettuce, black fungus, and was topped with a sprinkling of spring onions. 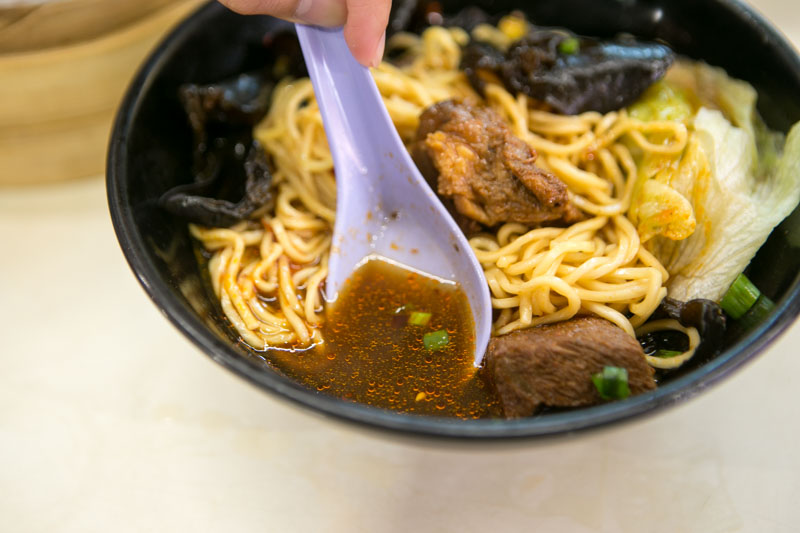 The first thing I immediately noticed was its soup, which was peppery, spicy and had a fine sheen of oil on its surface.

I absolutely loved the soup. It was full-bodied, with a hearty and smoky taste, and it had a spicy kick towards the end. It wasn’t as oily as it looked — in fact, it left my tongue tingly and numb, just like mala soup. 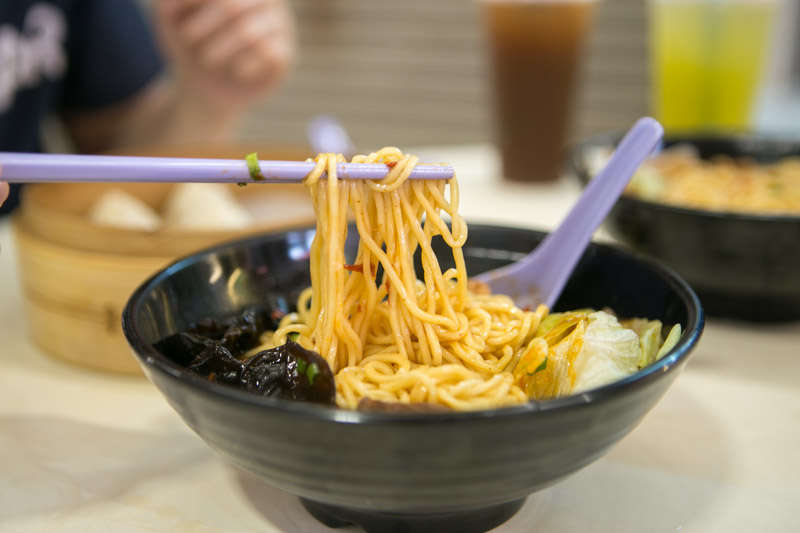 After mixing my noodles thoroughly, I realised that there were more noodles than soup, which placed the Braised Beef Noodles somewhere in-between soup-based and dry noodles.

The best way to eat this? Slurp the noodles just like you would if it were a bowl of dry noodles, and sip on the peppery soup in-between bites. 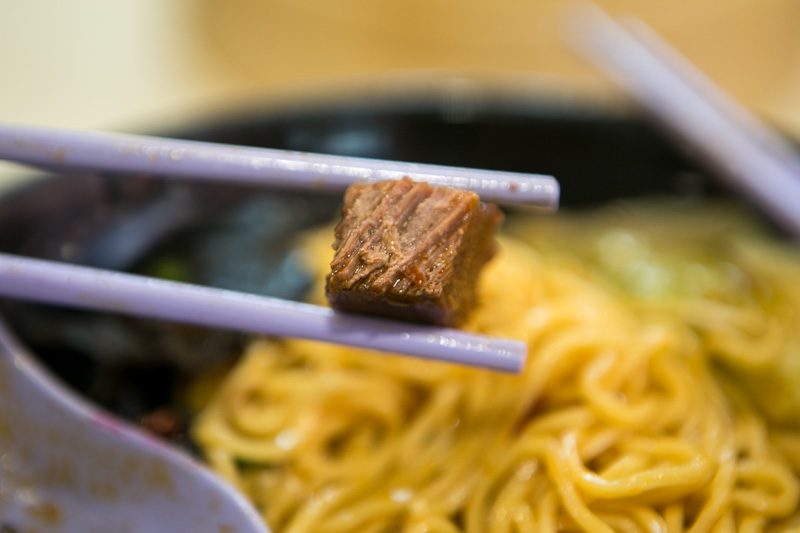 The braised beef wasn’t melt-in-your-mouth worthy, but it was fork-tender and biting through each piece took little jaw work.

My only gripe is that it was a tad too dry, as if the meat had been stripped of its fat prior to braising. The Szechuan Dan Dan Noodles (S$4) looked pretty promising, with its vivid red soup and a generous amount of toppings, like minced pork and scallions. Surprisingly, though the soup looked really lethal, it was actually zingy and light, with a mild peanut taste. It was more on the sweet side, thanks to the addition of shallots and scallions.

I’ve had dan dan noodles before with overpowering peanut-based soups, so I was pleasantly taken aback to find that Rong Xing La Mian XLB’s rendition of this Chinese classic was pretty mild in comparison. 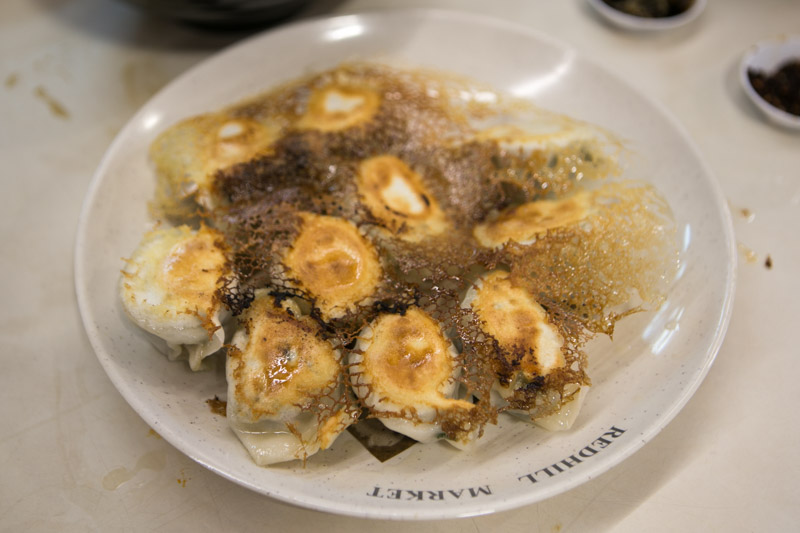 Last but not least, I tried its Pan Fried Dumplings (S$6 for 10pcs). It was available in two flavours: 韭菜灌汤锅贴 (chives potstickers) or 鮮肉灌汤锅贴 (meat potstickers).

This isn’t like your usual guo tie. As its name suggests (灌汤 means soup), I found out that each potsticker had a little pool of soup too, just like xiao long bao. Potstickers don’t traditionally have soup fillings, so this was pretty unique!

I got the 韭菜灌汤锅贴, and was super happy to see it come with its characteristic little fried web. 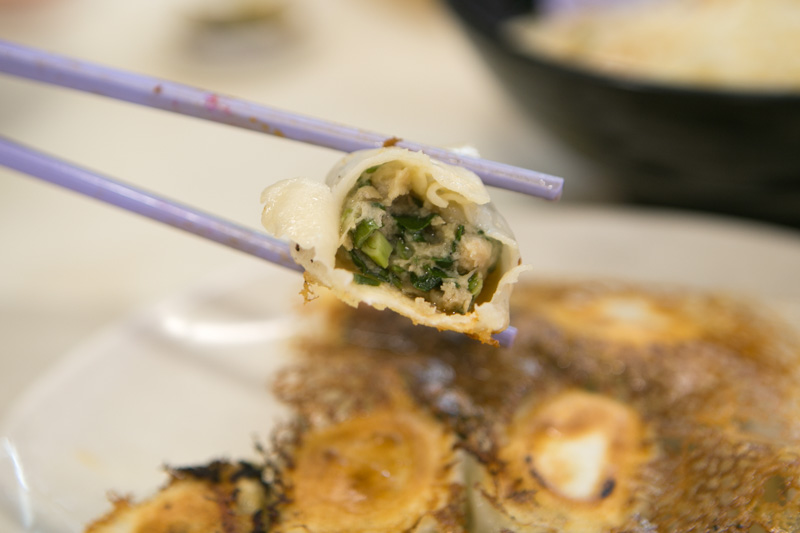 The potstickers were freshly pan-fried, so they were extra satisfying, and I loved how generous they were with the chives. It was zesty and fresh, and the guo tie skin was springy, just like a good egg roll.

Rong Xing La Mian Xiao Long Bao was definitely a hidden gem, and its star dish is the dumplings.

During our meal there, I saw plenty of customers ordering towers of its xiao long bao baskets. Honestly, at S$4 per basket, I would have too, if I hadn’t ordered noodles. Oh well, there’s always next time!