The Butcher’s Kitchen: This Flaming Hokkaido Beef Bowl At Suntec May Not Ignite Your Taste Buds

I know the term ‘lit‘ was so 2017, but the beef bowl that I had recently was, in the truest sense, lit. Before you sneer at my seemingly contrived usage of the cringe-inducing term, hear me out. 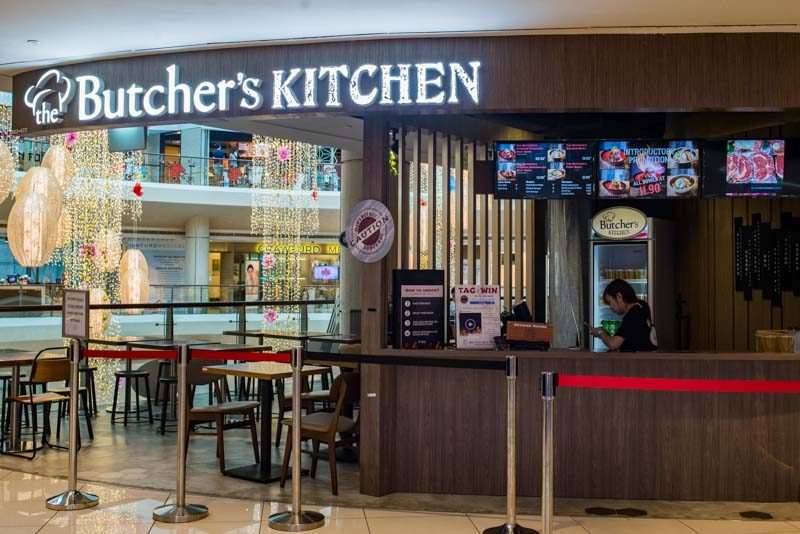 The Butcher’s Kitchen at Suntec City is getting noticed for selling Flaming Hokkaido Beef Bowls, where the beef is drenched in cognac, then lit on fire.

And despite my outward indifference to these sort of fads, as a teenager with a desperate need to satiate my burning desire to be hip, I just had to give this a try. 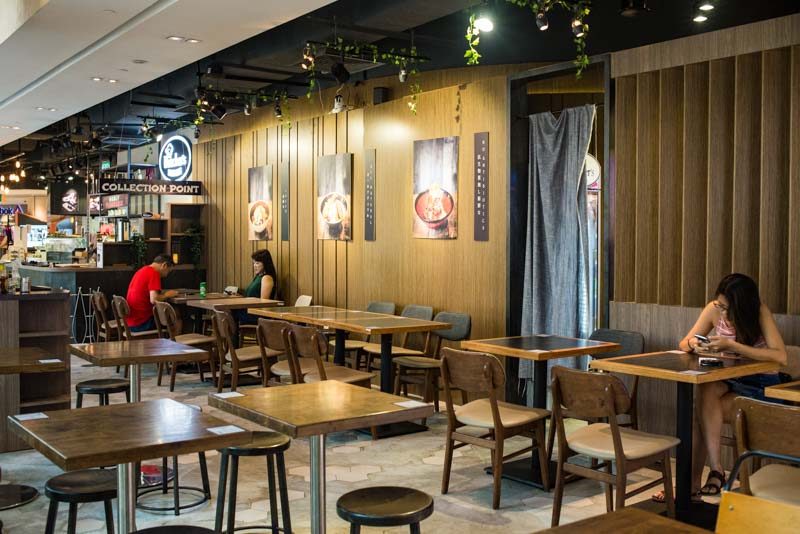 The restaurant is a little small, with barely enough seats to accommodate its many, and I mean many, customers. While the decor is simple, I rather liked the no-frills and open concept of the place.

Before I could get a seat, I had to order my food at the counter. After which, I was given a buzzer which then alerted me to collect my food. The whole ordering process mirrored that of a fast food restaurant, which wasn’t very pleasing to me. 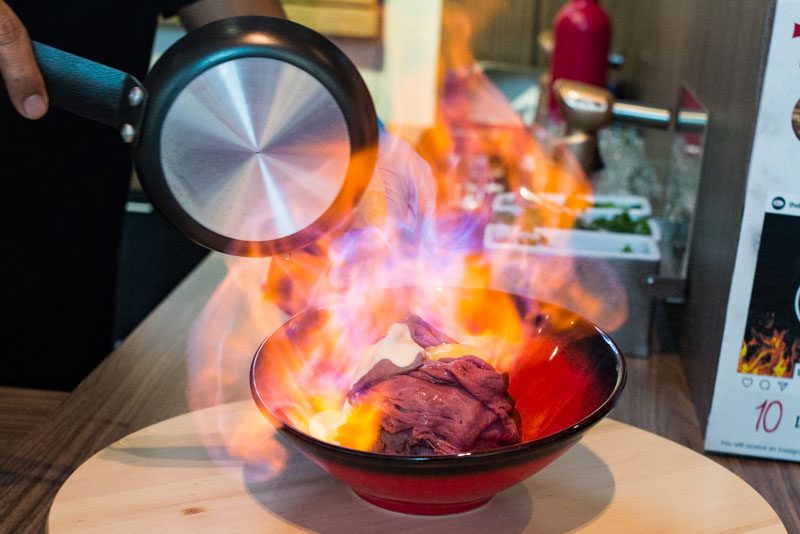 I’ll start with the dish that has people all over Singapore fired up with excitement – the Flaming Hokkaido Beef Bowl ($23.90). Just a disclaimer: the bowl of beef is only lit up at the counter, right before you collect it.

If you don’t want to miss the flames, you’ll have to keep your eyes peeled; the experience literally lasts less than a second. While short-lived, I guess it was still quite exciting. 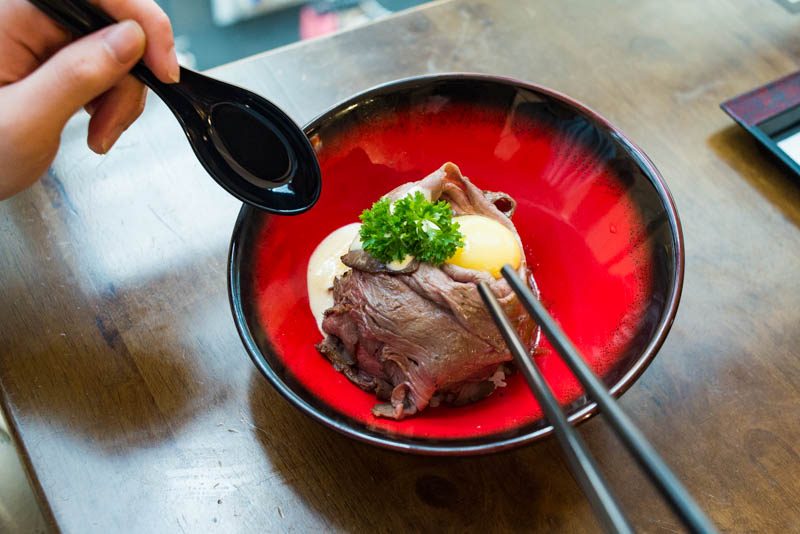 More importantly, the aroma that the flames brought out was incredibly hunger-inducing. Nothing smells better than charred beef, nothing.

With such a mouth-watering fragrance, I expected to bite into the beef and find myself lost in a blaze (I promise this is the last pun) of flavour. Yet, I was sorely disappointed. 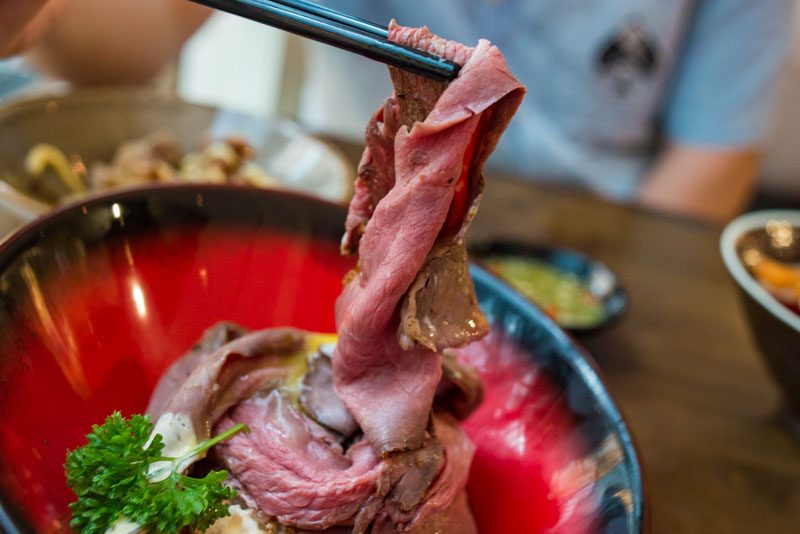 I will first say that the thin slices of pinkish Hokkaido beef were so wonderfully tender that you could break one apart with a simple flick of the chopstick. The meat was also pleasantly succulent and juicy, which I thoroughly appreciated.

However, the beef was rather lacking in flavour and could have done with more seasoning. But I do commend The Butcher’s Kitchen for being so generous with the large serving of beef. 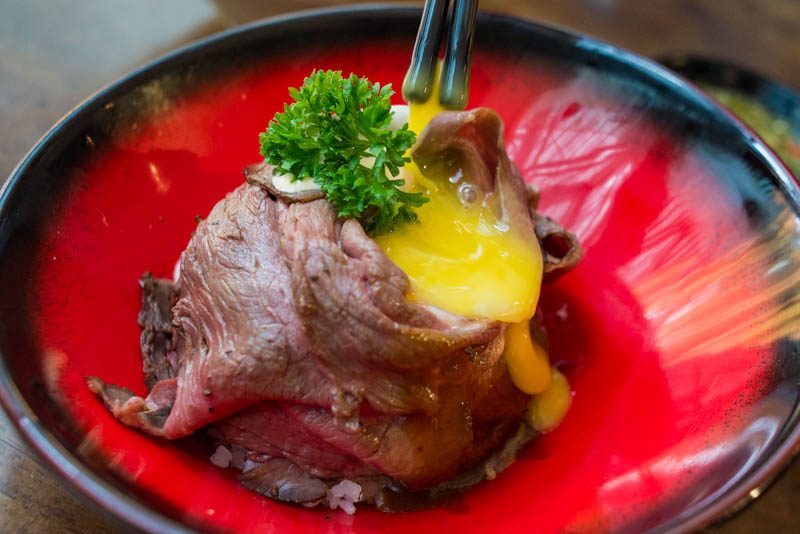 The egg was also a little rawer than I would have liked. I did, however, enjoy the fragrant and creamy sauce that was drizzled over the side. This complemented the beef well and gave it a much-needed boost of flavour.

However, they only gave me one of their two signature sauces, for reasons I do not know. Despite the generous serving of beef, whether this dish is worth its price or not is still questionable.

The lack of flavour in the beef was rather disappointing, as was the fact that one sauce was missing. Still, I encourage you to give it a try at least once, just for the experience. 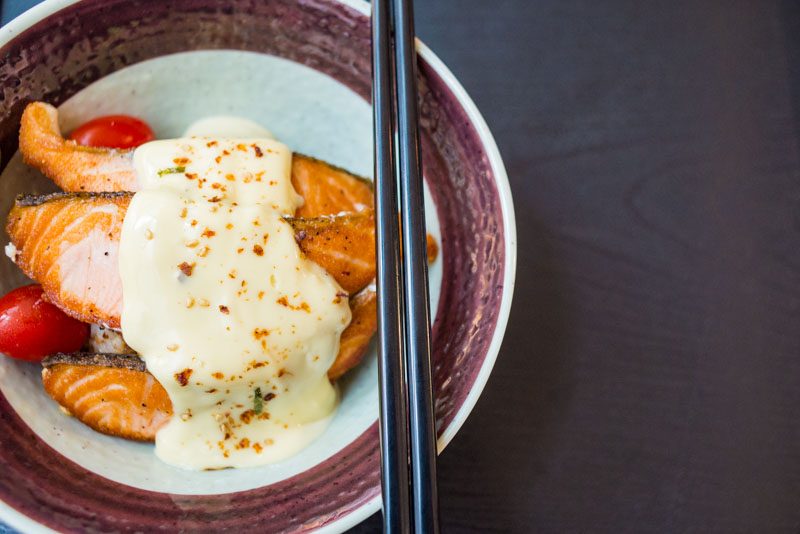 I also tried The Butcher’s Salmon Bowl ($13.90) which came with seasoned rice topped with three big slices of pan-seared salmon. A rich and luxurious mayonnaise-based sauce was slathered over the salmon, together with a few cherry tomatoes. 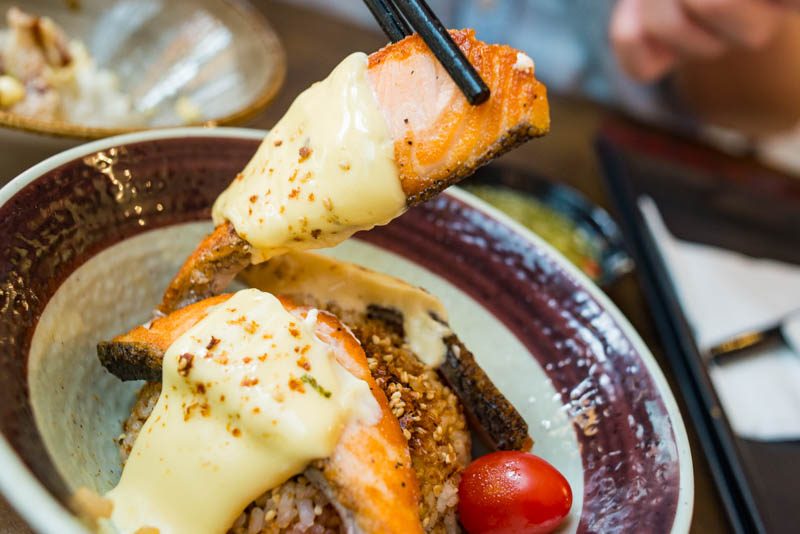 The salmon had a satisfying crisp on the outside, while the inside was flaky and flavourful, albeit slightly dry. I especially loved the creamy and palatable sauce, as it gave the salmon an added dimension of flavour.

Paired with the fragrant and well-seasoned rice, this made for an extremely delightful dish. To be honest, I preferred this to the Flaming Hokkaido Beef Bowl, as it satisfied me to the fullest, without the theatrics. 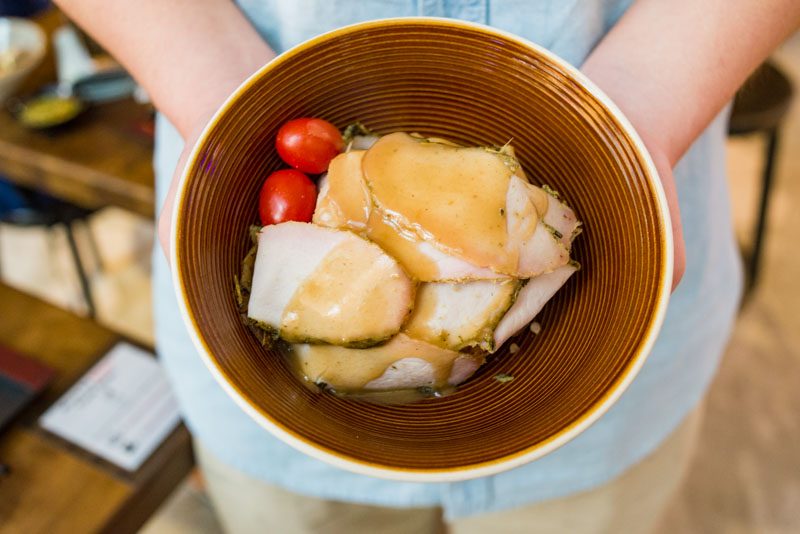 Multiple pieces of slow-roasted pork sit atop seasoned rice, and a thin, savoury sauce is drizzled over. The pork is Thai-style, and the herbs and spices used to season the pork form a sort of crust around each slice. 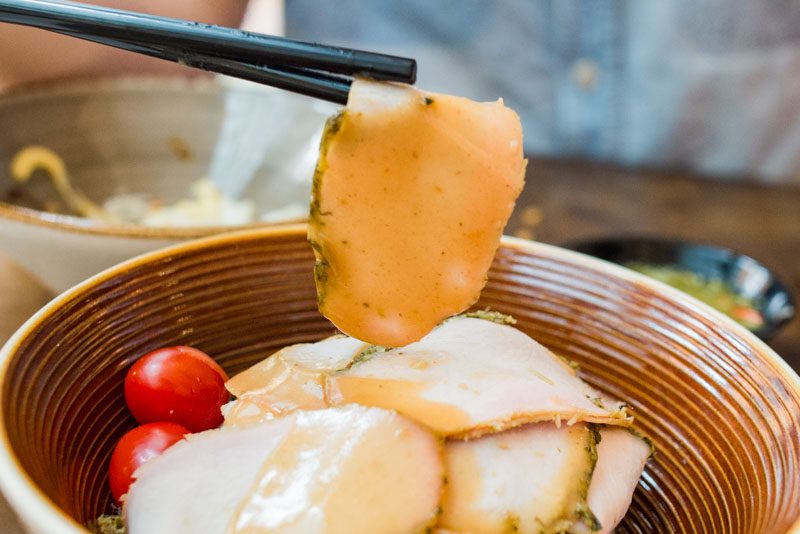 While the pork was sufficiently tender, I found the tom yum-like tang too overpowering. In fact, it covered the distinct flavour belonging to the pork, which I feel should have been the star of the dish.

Moreover, the taste became quite cloying after a while, so I wouldn’t recommend this dish to those who aren’t fans of strong spices. But I’m sure some would still enjoy this; it’s really a matter of personal taste. 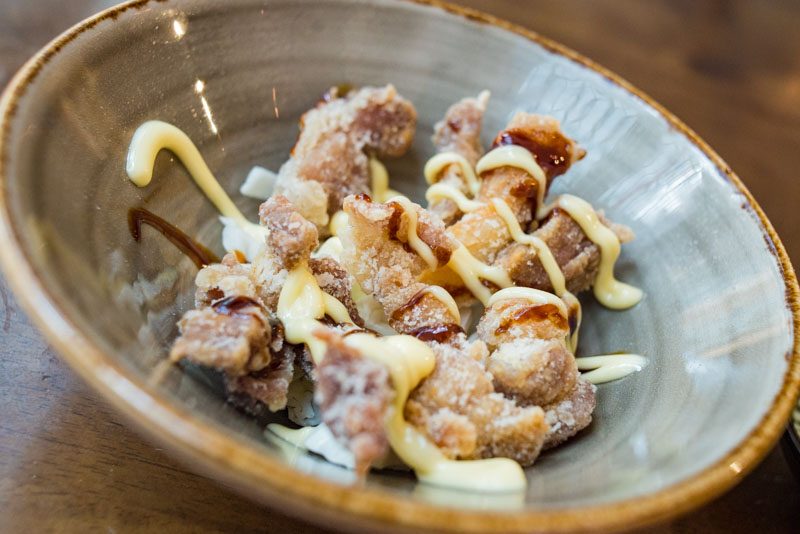 Besides the rice bowls, I also ordered the Pork Karaage ($3) because I thought it was pretty unusual. While the pork was fried to a crisp, I found it just a tad bit too tough. Still, it was tasty, especially when eaten together with the drizzle of sauce on top. Overall, I’d say that the quality of food you’ll get at The Butcher’s Kitchen is decent. While nothing is particularly spectacular, each dish would still make for a pretty good meal.

If reading this has ignited (sorry, I know I promised) in you an interest in the hearty food served here, you should definitely give The Butcher’s Kitchen a try!