I have never tried dry ban mian noodles before, so when I found Mian Zhuang on a Hawkers United Facebook Group, I decided to give it a shot because of how appetising the pictures looked. I took to Mian Zhuang’s Facebook page to source for the number, so that I could send in my order. As hawkerpreneurs, it’s difficult for them to take an overwhelming number of orders and cook at the same time, so you might have to be patient after contacting them through Whatsapp.

Mian Zhuang’s physical store is located at the back of Hong Lim Market & Food Centre on the first level, where there’s very little human traffic even on a good day. Starting this food stall because of their passion for handmade noodles, young couple Jonathan and Vanessa ventured to make their mark in serving up “Singapore-style” ban mian. 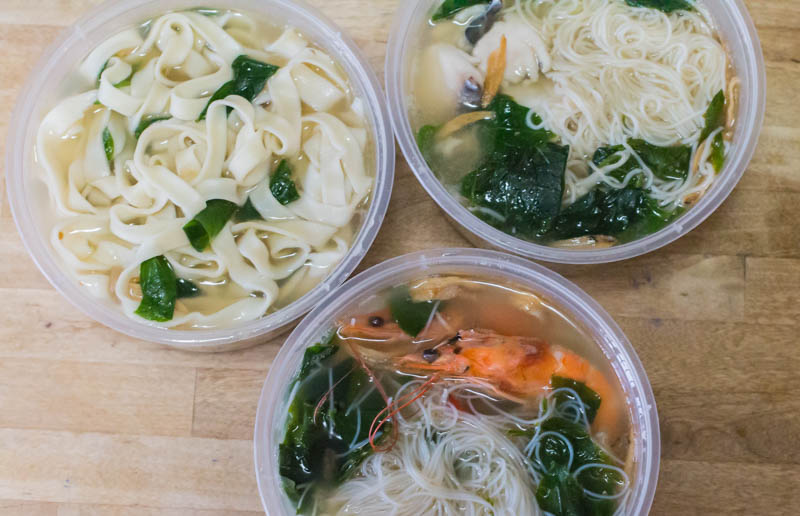 The first thing I noticed upon looking at the soupy dishes was that they were not quite like the mundane ban mian I’m accustomed to seeing at other hawker centres.

The soup was clear and not as milky as compared to what other places have to offer, and I realised that Mian Zhuang doesn’t rely heavily on eggs to enhance the flavour of the ban mian soup. I’m not sure if it’s a common sight to see in Singapore hawker stalls to serve sayur manis (also known as ma ni chye) in ban mian, but this was the first time I noticed it. Mee sua has always been my favourite handmade noodles because of how it’s soft and easy to chew. It’s not that I like soggy noodles, but the mee sua bore the perfect springy, yet slightly mushy texture for me.

Light and clear, I was impressed at how the broth managed to retain so much flavour despite its modest nature. Tasting the mee sua definitely brought back memories for me, as this was my go-to lunch when I lived at my grandmother’s house in the past. 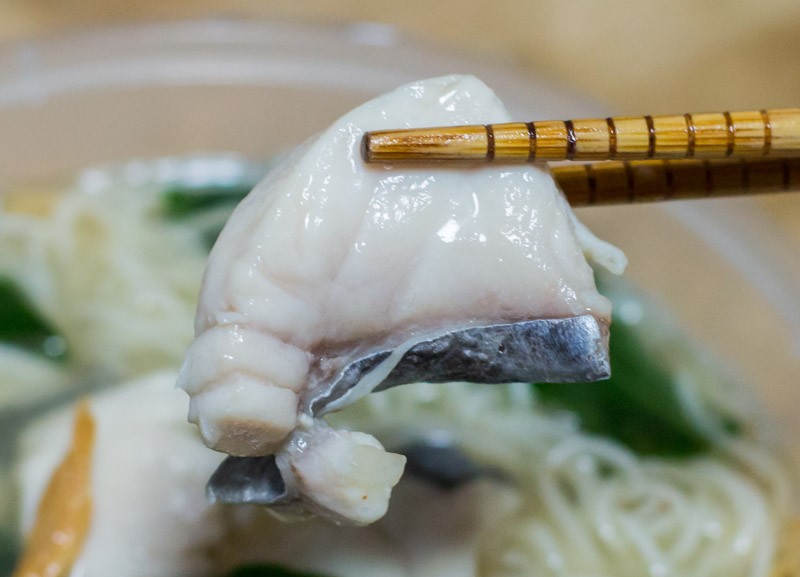 The sliced fish was absolutely delightful. Delectable and soft, the fish was picked clean of bones, which made it easier to chew. I think that the size of the fish slices was pretty reasonable given the price, and the portion was generous.

I expected the slices of fish to taste like those that you usually can find in fish porridge, but the fish at Mian Zhuang held more flavour to it and I could tell it was well-marinated. Next up, I had the ban mian noodles, which is essentially a thicker cut of noodles. These tasted a little mediocre to me, though I can’t imagine what you’d have to do to stand out from the rest in terms of noodles.

The taste of ma ni chye, however, was extremely interesting. It bore hints of asparagus in its spinach-like nature, and my tongue was met with traces of sweetness and saltiness. 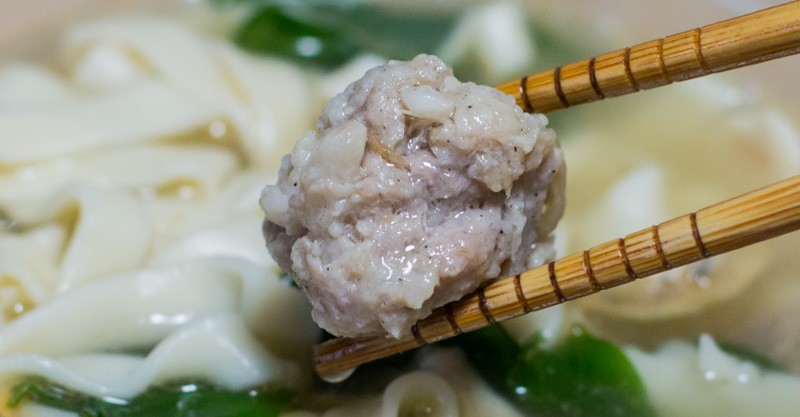 I absolutely loved the handmade meatballs at Mian Zhuang. I don’t usually like eating the meatballs in my ban mian but these were incredibly delicious. Meatballs at other joints are typically too peppery, too salty or too bland for my liking, but these were delightful.

Do take note that sometimes these “balls” fall apart in the midst of cooking but they do try their best to maintain its integrity. 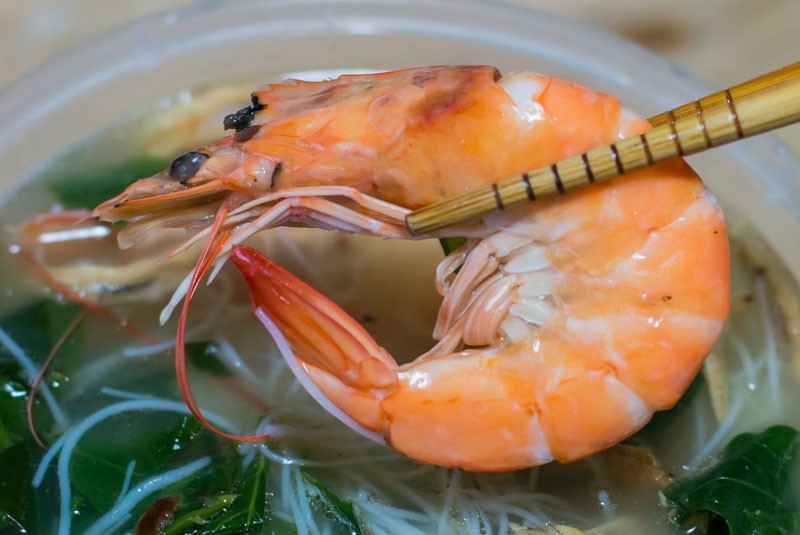 A little dry yet super springy, the bee hoon noodles were not really my cup of tea. I’d recommend the prawns if you’re looking to for a quick, comforting seafood fix—these were very large, fresh and tasty.

All the soup dishes cost S$4.50 each, and I found the pricing to be completely reasonable and affordable for piping hot bowls of freshly-made noodles. Especially with the weather nowadays, sometimes all you need is a bowl of hot soup to keep you awake throughout the day! Because of the appetising pictures I saw online of Mian Zhuang’s dry ban mian, I opted for two servings of different noodle cuts and toppings. The dry noodles came wrapped in a plastic sheet to prevent spillage and also to ensure the noodles don’t dry up.

The first packet I got was you mian with abalone clams. Mian Zhuang’s abalone clams are also more commonly known as razor clams. Once I opened the packet, I could already tell from its ambrosial scent that these were stir-fried in dark sauce. Topped with a few abalone clams, the noodles were also garnished with ikan bilis (fried fish).

Chewy and briny, the abalone clams were the star of the show. I loved how this topping tasted like a combination of both abalone and clams and it didn’t compromise on either of the two. My only gripe about this dish was that the portion of abalone clams was a little stingy. 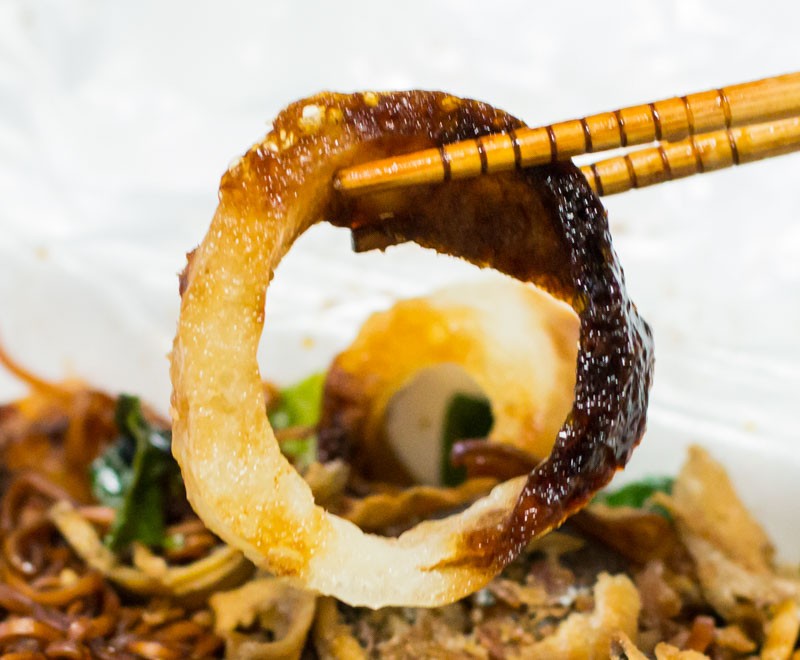 The other dish featured fish maw with Hong Kong mee, doused in the same dark sauce as before. I never really liked fish maw to begin with, and I was hoping that this dish might change my mind.

However, after trying it again, I still disliked the crunchy jelly-like texture it bore. Personally, I would’ve preferred to have more gravy in the dry noodles to keep it from getting too dry. Crispier ikan bilis would’ve also been splendid.

However, I do understand the struggles of takeaway dishes and I feel like most food would taste better if eaten fresh off the wok or fresh out of the pot.

Thus, I do recommend that you bookmark this place to visit when you’re around the area after the Circuit Breaker. But, if your cravings do kick in, this might be one of your best shots at some decent, delivered ban mian.

Mian Zhuang is available for islandwide delivery at just S$10 because they’re located at the heart of the CBD district. Head over to their Facebook page and contact them if you’re looking for some tasty handmade noodles!