Due to my genetics misfortune, I’ve had the worst acne breakouts since my teenage years, which has spread into my adult life with quite widespread scarring on my face. Some bloggers can post photos of their beautiful face to get more readers, while others like myself have to post beautiful food photos instead. Well, at least I get to eat a lot while I’m at it.

I finally decided to do something about the scarring on my face, partly also due to the increasing number of live media exposures that I am required to do.

I came across Dr. Gerrad Ee who was able to consult on what can be done about it. Located at the 1st floor of Clifford Centre, The Clifford Clinic prides themselves on providing top quality, non-invasive aesthetic treatments served with tender care and hospitality. The clinic is chic and simple enough to make you feel at ease. During consultation, don’t be afraid to ask questions as the detailed explanation and patience to my long string of questions made it a delightful and casual experience despite being of a medical nature.

For my particular skin scarring issue, I’ve been informed that the most efficient method for acne treatment would be to use a combination of Fractional CO2 laser to treat a’fraction’ of the skin’s surface, and Infini Scar Treatment for deep skin tissue.

This procedure is not only quick (just 20 minutes), but reduces downtime to a minimum of around three to seven days depending on the laser intensity. By downtime, I refer to how soon you can actually show a presentable face in public. For myself, the scabbing takes about five days to heal.

The procedure is pretty simple; topical numbing cream is first applied to the face to prevent you screaming your head off during the treatment. The cream sits for about 20-30 minutes for it to take effect, thereupon your face would feel like a dead fish. Here’s some shots of my skin condition before treatment. As you can observe, I’ve quite a few pronounced scars on the cheeks and pretty much everywhere else, which renders me ineligible to join mediacorp. Doesn’t help that I have adult acne too. 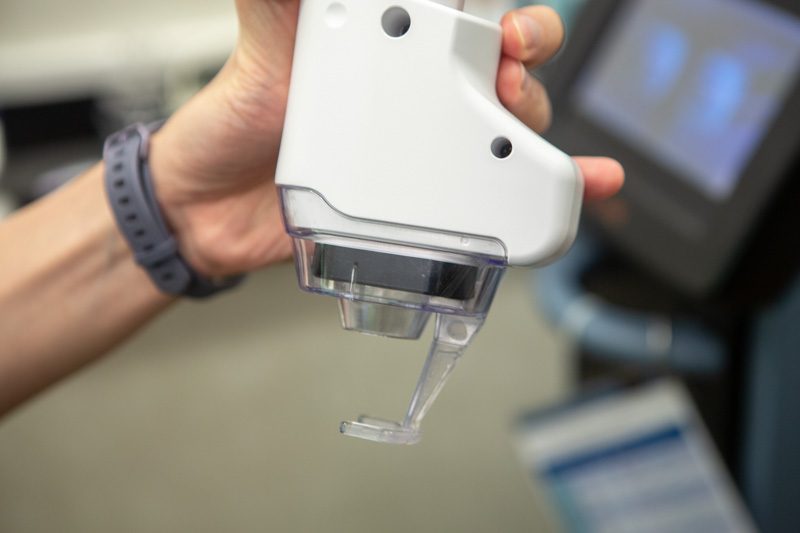 So after I lay down my zombie-like face, stylish protective eyewear is put on for me and the procedure starts. The fractional laser beam is shot all over my face in sections, and mostly painless short of the beard and moustache area. Areas with hair are apparently more sensitive to light, thus the increased sensation. The ladies will probably have less to worry about this. Having a conversation with the gentle doctor while going through the CO2 laser treatment makes time pass a lot faster though, and the pain really depends on your threshold and how badly you want the effectiveness to be; the stronger the intensity, the more pain but also the better the effectiveness. On the left you can see what I look like immediately after the procedure – mostly covered in redness with a bit of swelling which resembles a sunburn. There is a slight burning sensation felt also, but that goes away probably after just 1 or 2 days. I was out and about after just two days, although I’m sure not everyone is as nonchalant as myself – my talents are in writing about food though, which can also be done by anyone looking like the Red Skull.

After each subsequent session, the fractional laser power is increased and will be able to be more effective as your skin gets used to it.

After about four or five days of treatment skin looks pretty normal already, save for some small dotted textures and some minor scabbing. Be sure to apply a lot of moisturizer and the given anti-bacterial cream to minimize scabbing. Good SPF sun block is also a must to prevent any blemishes from forming during this sensitive period for your skin, if not it it will take months for dark sun spots to heal. Alcohol based beauty products are also to be avoided for at least 2 weeks after the treatment.

After a week, my skin’s scar do look slightly less prominent already. New skin will start to take place over the older laser-damaged skin, while the laser also stimulates new collagen growth as well for continued improvements over the next few months. The other alternative to scar treatment is to use the latest Infini tool, which basically inserts micro needles that are deep enough to penetrate the bottom layer of your skin (the dermis), which has tissues pulling down and creating those deep acne scars. With deep scar treatment, scar fibres in the dermis is remodeled by the needles and provides new support from below.

The CO2 laser treats closer to the top layer (epidermis) while Infini penetrates even deeper. Do note that the Inifini treatment is about four times as expense compared to the CO2 laser treatment. I can probably only afford one or two sessions. The pre-procedure is similar to CO2, where numbing gel is left on the face, however it’s left on for about 40 minutes instead. Later on, you can also opt to have topical anesthetic injected into your skin if you’rea wussy like me. I had it in my cheeks as recommended by the doctor for more comfort and I regret nothing. Next, the Infini micro needles are repeatedly injected all over the affected scarring areas, creating a stapling sound. I’m going to be honest, Infini hurts a lot more than CO2 laser because it’s physical needles jabbing into your face.

The whole procedure itself takes around 10-15 minutes, but felt like a lifetime of torture. 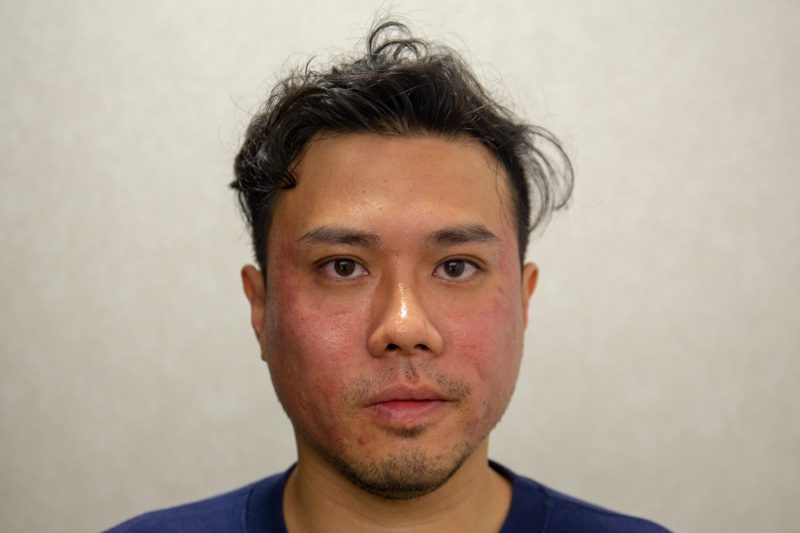 Now, one of the biggest upsides to Infini scar treatment for me, was the downtime. Above you’ll see the immediate after-effects of one session sans all the tears I had like a big baby.

Downtime is almost non-existent when you go for the Infini treatment, and you can pretty much head back to your life the next day. It looks like a mild sunburn at most, which recovers by tomorrow. Huge difference with the CO2 laser which causes scabbing. Left: Before Treatment | Right: After Treatment

There is obviously still quite a bit of scars left as evidenced by my very honest mirror, so don’t expect a miraculous instant recovery. Left: Before Treatment | Right: After Treatment

For my skin condition, the doctor recommends around 5 – 6 treatments of either CO2 or Infini, with each treatment getting around 10 – 15% improvement. You can even mix and match if price is a concern as the Infini session is hella expensive.

It’s also important to test out how sensitive the skin is beforehand, hopefully without any complications, which is why a number of additional treatments will have markedly improved results rather than just doing it once.

You need 1 month in between treatments for your skin to recover, and its not like you can just do one treatment the next day, so the whole process actually takes quite a while.

Read here for Acne treatment results after a couple sessions